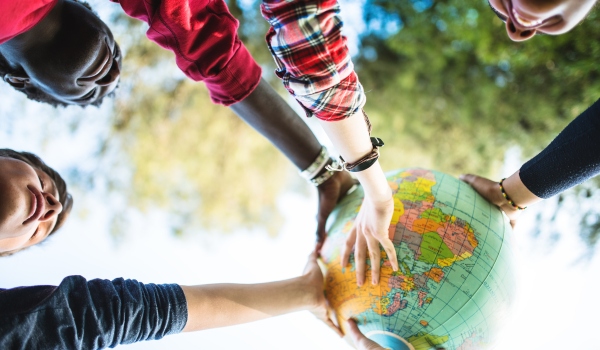 —
The Labor Network for Sustainability (LNS), an organization devoted to “making a living on a living planet,” applauds today’s endorsement of the Green New Deal by the Service Employees International Union (SEIU).

“Climate change is an existential threat to all of us and the time to act is now — there is not a moment to lose. SEIU shows that American labor is stepping up to help lead the fight for a positive Green New Deal program to protect our planet — in a way that creates millions of good-paying jobs and a more just society for America’s working people.”

Some media accounts give the false impression that organized labor is uniformly opposing the Green New Deal. In fact, unions with millions of members have endorsed the Green New Deal. Here are some of them, with links to their resolutions of endorsement:

The SEIU is America’s second largest union, with two million members who work in hospitals and nursing homes, public schools, universities, airports, libraries, law enforcement, commercial office buildings. and many other workplaces.
The Labor Network for Sustainability believes that when it comes to climate, EVERY worker and every union has a stake, and that voices from all sectors of the labor movement are needed to shape our future. LNS is calling for unions not only to support the Green New Deal, but to help shape it in ways that empower workers and create a more just and equal society.

LNS will hold its third National Labor Convergence on Climate in Chicago June 28-30 on the theme “Strengthening Labor’s Voice to Help Shape the Green New Deal.” The Convergence will open with a message from Green New Deal advocate Alexandria Ocasio-Cortez and will include voices ranging from national union presidents to rank-and-file workers in every sector of organized labor. LNS executive director Michael Leon Guerrero says,

“We’ll convene the this year’s Convergence at a critical time – as momentum and support is growing within the labor movement for the Green New Deal. We’re looking forward to an exciting dialogue about how to continue to shape the GND in the interests of workers and communities.”

“Labor unions should take this opportunity to embrace the Green New Deal—and fight to make sure it’s a strong vehicle for advancing workers’ rights. The Green New Deal will create millions of jobs through building a new 100%-renewable electrical system and a national “smart grid,” retrofitting residential and industrial buildings, and building a new, low-emission transportation system. It will also end the epidemic of poverty by mitigating deeply entrenched racial, regional and gender-based inequalities in income and wealth and distributing federal aid and other investment equitably to historically impoverished and marginalized communities. It will ward off climate catastrophe by meeting scientific targets for the reduction of greenhouse gases, investing in the drawdown and capture of greenhouse gases, and making “green” technology a major export of the United States to help other countries transition to carbon-neutral economies. is a program that all trade unionists and advocates for working people can and should get behind.”

This post was previously published on Labor4sustainability.org and republished with permission.