Get Daily Email
Join/Login CLOSE
Home / Featured Content / No, Americans Should Not Be Afraid To Travel Abroad 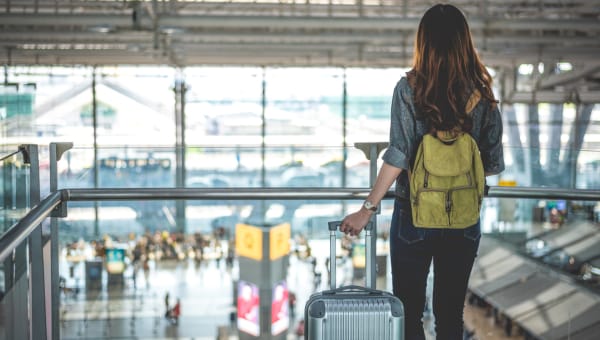 As summer travel season begins, friends and relatives have asked me if it’s safe to travel outside the U.S.

I understand their fears. The news is filled with scary stories, like a tourist bus being bombed near Egypt’s pyramids, people being knifed at a bus stop in Japan and continuing coverage of the two Boeing 737 Max air crashes, both of which happened overseas.

As a macroeconomist, I travel frequently to understand global trends. I crunched the numbers on U.S. fatalities abroad, and what I found might surprise you.

In 2018, over 56 million U.S. citizens got on board a plane for a trip to an international destination.

The average person leaving the U.S. by air spends slightly more than 17 nights outside the U.S., based on 2016 data. Multiplying trips by time means almost 3 million citizens are taking a trip abroad on any given day.

Yet these figures underestimate how many Americans actually travel abroad, since some people leave the U.S. on boat trips or even drive to Canada or Mexico. It also doesn’t include the number of U.S. citizens who permanently live abroad.

All this tourism is a vital part of many countries’ economies. U.S. travelers spent US$256 billion in 2018. If Americans or other international travelers stop hopping on a plane because they believe traveling to a specific country or region has become unsafe, this could have devastating effects on economies that depend on foreign tourism, such as Egypt and Sri Lanka.

So is there reason to worry?

In October 2002, the State Department started tracking the number of U.S. citizens who die in a foreign country from non-natural causes, which excludes deaths from illness and things like heart attacks. The data include the date of death, where the death occurred and the cause.

I found the numbers shockingly low.

More travelers combined with fewer deaths mean it is actually getting safer to travel abroad.

And this doesn’t actually show the full extent of the decline because the number of U.S. overseas travelers has surged in the same period. From 2010 to 2018, the number of citizens flying to international destinations increased by 50 percent.

More travelers combined with fewer deaths mean it is actually getting safer to travel abroad.

The next question is what are the leading causes of death.

It’s certainly not terrorism. In 2018, just six people were killed in a terrorist incident, the lowest number in over a decade. And just 381 died this way from October 2002 through last year.

And while dying in an airplane accident has been a growing fear since the Boeing 737 Max crashes in Ethiopia and Indonesia, there were only 10 such deaths in 2018, or 383 since 2002.

The top cause of death is actually motor vehicle accidents, which claimed the lives of 167 American travelers last year, or almost 4,000 since 2002. That’s almost one-third of all deaths in the period.

But to put the 132 Americans who died this way in 2018 into perspective, Chicago alone had 561 homicides that year.

One reason for the relatively high number of deaths from car accidents may be that some countries don’t have the same safety standards that are common in the U.S., and so driving abroad can be a very different experience, with confusing rules or more aggressive drivers.

Once, my wife and I went on a low-budget African safari in Botswana. Though lions prowled restlessly outside our tent at night, the real danger turned out to be the high-speed drives in an open jeep while our guide dodged giant potholes and meandering animals, all while talking on his phone.

After traffic accidents, the second-most-common cause of death was homicides. But to put the 132 Americans who died this way in 2018 into perspective, Chicago alone had 561 homicides that year.

Other leading causes of death are drownings, suicides and non-vehicular accidents.

In other words, dying abroad from unnatural causes, especially terrorism, is unlikely. Last year, three times as many people were killed by lightning in the U.S. as died overseas in a terrorist attack.

The media extensively cover relatively rare terrorist attacks and high-profile murders. It often gives little coverage to routinely occurring deaths. While many people are worried about traveling and especially about being killed abroad, it doesn’t happen often.

So although the world is a fascinating place to visit, just remember to read the travel advisory—and buckle your seatbelt.

That doesn’t mean traveling is problem-free. I have been pickpocketed, threatened, and had a gun pointed at me in my travels. The State Department’s travel advisories show what to watch out for and any precautions to take for every country in the world.

So although the world is a fascinating place to visit, just remember to read the travel advisory—and buckle your seatbelt.

Jay teaches at Boston University’s Questrom School of Business. From 1988 to the present his teaching has spanned a wide range of levels from senior executives taking intensive classes to high school students encountering economic theories for the first time. He has taught giant lectures of over 450 students, classes of fifty, and small seminars with fewer than ten people.

This article was originally published on FEE.org. Read the original article.

—
A version of this post was previously published on FEE and is republished here with permission from the author.
—