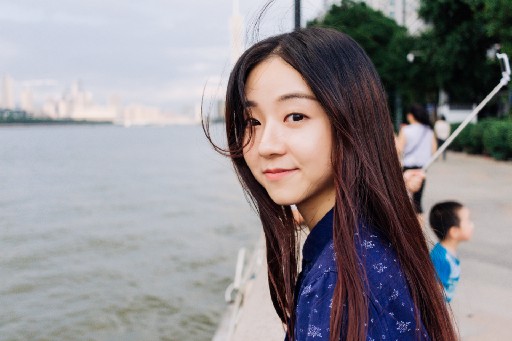 I’m sure you have heard the word plenty of times thrown around effortlessly in rap songs, a word you would never think twice about saying. What is this word thousands of people say with no regard to how it affects others? A slur. Yes, the C-word, ch*nk, is a slur. It is harmful toward Asian people and just like any other slur, no you can’t say it. No, you can’t sing it. And no, we cannot continue to allow it to be normalized.

From Migos’ Get Right Witcha with lyrics like “going to Thailand with them ch*nks” to Jay-Z’s Regrets with lyrics like “ch*nk tried to knock the only link that tied me in” Asian slurs are all too common in music and nobody cares. I enjoy and appreciate many of these artists as much as anybody else but we must hold them and ourselves accountable for normalizing these slurs. It is not just the word ch*nk either. With lyrics in popular music featuring phrases such as “Ching Chong” and “Ling Ling”, Asian people are dehumanized and stereotyped like any other group of people of color.

While all people need to be held accountable for the racist slurs they use, we Black people should understand and empathize with the struggles of others. By continuing to use this language in our music and in our everyday lives, we are spreading ignorance. The ignorance of calling every Asian girl “Ling Ling” because we cannot be bothered to learn their name and do not see them as individuals but instead as a stereotype. The ignorance of saying “ch”nk” as a reference to their eyes and in some cases, pulling your eyes back to mock them. To you, it may not seem bad but hearing it your whole life and then hearing some of the artists you love use those terms is harmful. Not to mention degrading them because you THINK they cannot speak English.

Asian people, just like many other people of color, have their own discrimination they face in different ways in America. If you think that is not true, we can just look at what happened when everybody learned that COVID-19 originated in China. According to the United Nations Secretary-General Antonio Guterres “the pandemic continues to unleash a tsunami of hate and xenophobia, scapegoating and scare-mongering.” This was said back in May and since then people like Donald Trump have continued to spread in the anti-Asian rhetoric by calling COVID-19 the “Chinese Virus”.

However, racism against Asian people is not new to this year and is deeply rooted in American history. From the Chinese Exclusion Act to Japanese internment during WWII to having to fight for their own civil rights like many people of color, Asian people have had their fair share of struggles in America. So no, you cannot say the C-word or any Asian racial slur. Doing so spreads anti-Asian and racist rhetoric, which is already been increased with the rise of the pandemic.

Unfortunately, the biggest response I often hear from Black people when told not to say the C-word is that Asian’s profit off of Black people from beauty supply stores and, therefore, are terrible people. Yet, people often do not know the history of why Asians, specifically Koreans, own beauty supply stores and thrive in this business. In an article titled, Korean Dominance of the Black Hair Industry by Alyssa Otis it explains nicely how they are able to do so.

Korean hair, which is what was being worn by majority Black consumers in the states, could only be manufactured in Korea, itself. Later, the United States government went on to create a ban on any wig that contained hair from China, meaning that South Korea was in an even better position to excel in the Black hair market. In none of these scenarios are there spaces available for Black owners to succeed.

This along with, “lack of financial literacy, a lesser chance to be approved for business loans, and no tangible solutions to purchase products through distributors, possible Black beauty supply owners are still left without access to the merchandise that would allow their business’s lights to stay on,” Otis explains. These are some of the reasons Korean-Americans continue to excel in this market. They were able to initially take it over because of its accessibility, and with its inaccessibility to Black Americans due to their status in America at the time, it is now largely their way of living. Korean-Americans were able to take over the beauty supply business economically not because they were malicious but because they realized they had something that was desirable and profitable, starting with the wigs in the 60s.

Could something be said about the manufacturers and distributors excluding Black people currently? Yes. The continued exclusion or deceit of Black people by the manufacturers by lying to them as well as making cheaper knock-offs of their products is unacceptable and is a result of Koreans wanting to stay economically powerful in the business of Black hair. However, it is not their fault there was never space for us in that field in the first place because we never had those opportunities in the 60s when the market for Black hair care and beauty supply began to rise. This, with the continued systemic racism making it harder for Black people to get business loans and resulting in us having less financial literacy, makes it more difficult for us to get a foot in the door. All the blame cannot be placed on Korean-Americans or other Asian people.

While nobody should say the C-word, Black people: this is me calling us out. I know there is a lot of tension between our communities, which fuels the continued racism and prejudice towards each other. And yes, on a larger scale, the racism Asian people and other people of color face will never be comparable to what we Black people face and have faced over hundreds of years: it is not the same. However, it does not make it right for our Black community to continue to spread prejudice against the Asian communities with our music. I know both communities have a lot to work on as Asian people can also be extremely racist, but I can only call out what I see in my community: What I see is a normalization of that ignorance and we need to stop.

Biking away from my responsibilities and learning to function in this weird simulation called life. Join me? Instagram| londresla