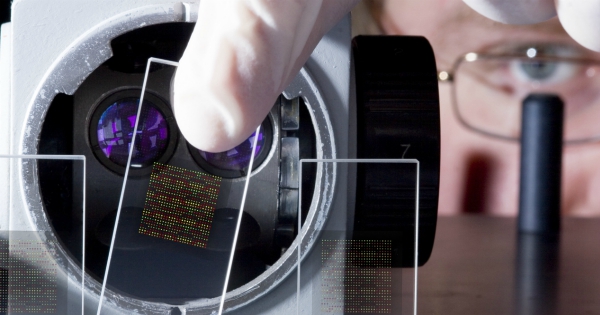 Still in the flush of coming from rural poverty in Oklahoma and graduating a top ten law school, I held the naïve view of the professions that the years of study are not for the purpose of personal gain. I was doing the prep work on a nasty child abuse case, the kind of work that the lawyers in the bank towers with carpet on the floor hire done — chasing down witnesses.

My immediate goal was to collect an affidavit from the pediatrician who had reported the abuse, as all persons — -professional or not — -are required to do in Texas. I found his office situated between the primary charity hospital serving metro San Antonio and the barrio where most of the patients lived.

He had a woman tasked with paperwork and gatekeeping much like a law office, but her work area was smaller — -just a desk with the state-of-the-art IBM Selectric typewriter. When I stated my business, she smiled and said the doctor was “on rounds” but would be back momentarily and I should wait.

She showed me where I should wait and it turned out to be the doctor’s private office. As she closed the door I sank into one of the comfortable chairs facing the desk, pulled out my case file, and put my fine leather briefcase — a graduation gift from my wife — -on the floor.

A frisson of fear and doubt gripped me when I saw a document on the wall dressed up to look like a major prize among all the doctor’s degrees and certifications. It read in bold letters:

The next time you get sick, call a lawyer.

I had strong feelings about the difference between a profession and a job. To be a licensed professional is an honor that carries a duty to help that is optional for others. Hostility between the professions was an aberration I knew of but had not yet encountered. The ink was not dry on my law license and I was on a mission to save a child but…

The noise that interrupted my mental turmoil was the doctor entering his office in a white garment I can’t call a coat because this was San Antonio, where coats are rare. I took it to be his doctor uniform and he was shedding it as he entered. He hung it on a hook next to some jackets. Under the white garment was a short-sleeved dress shirt like mine and a necktie like mine except his was probably real and mine was a clip-on to cover the fact I did not know how to manipulate a real one.

I started to rise but he told me to relax and followed my gaze, which was, to my embarrassment, still on the sign that had shaken me. He laughed out loud and told me again to relax, that the sign had been a gift from his brother, who was a lawyer.

The occasion was one of their graduations, but I don’t remember which because I was already silently kicking myself for being so easily rattled. He was one of a pair of high-achieving Chicano brothers, but not, as far as I know, identical twins like Joaquin and Julián Castro, children of a single mother from the barrio who went on to Stanford and Harvard Law.

The doctor was generous with his time, going over the bare-bones set out in the case worker’s report from the medical point of view. We agreed I would reduce his story to affidavit form and leave it with his office manager for him to swear to and sign. I told him frankly I was pro bono publico when I asked him if he would come to court if I needed him on the same basis. He answered softly but in a tone that communicated he did not consider it a real question: “Of course.”

This story summarizes the view of professional duty I still hold and explains my reaction when I encountered a controversy involving Pfizer, the pharmaceutical giant. Pfizer holds the patent on Embrel, a medication commonly prescribed for rheumatoid arthritis.

Pfizer stumbled upon evidence that Embrel reduced the risk of Alzheimer’s disease by 64 percent. They were able to see similar results for a similar drug marketed by a different company. Humira is owned by AbbVie. Pfizer followed up by funding a small clinical study (41 patients) in the UK, at the University of Southhampton. The results were inconclusive.

Exciting as that 64 percent figure sounded, there was nothing more to back it up. The finding was based on “big data” — -statistical analysis of insurance claims. It is useless without large scale clinical trials on real patients, a process estimated to cost $80 million.

Pfizer’s long term corporate trajectory was already pointed toward shutting down its neurology division, a decision announced in early 2018. Outside Pfizer, critics point out that Embrel is about to come off patent, meaning Pfizer will soon be competing with generic copies of Embrel. This severely limits the profits to be made in a surge of new Embrel prescriptions.

All things considered; eighty million dollars is a wager Pfizer was not prepared to make. Walking away from the pursuit of Embrel was a rational corporate decision in the best interests of Pfizer’s shareholders, and it is not the major source of the controversy.

Pfizer is being criticized for not publishing the statistical studies or even circulating them in the community of research scientists chasing a treatment for Alzheimer’s. Only the British doctor with his 41 patient study paid for by Pfizer was entrusted with the information.

The company said that the Embrel statistics lacked enough scientific rigor for publication in a professional journal, and that position drew a chorus of disagreement well covered by the Washington Post. It’s not my purpose to step into that controversy beyond reporting that it exists and adding my tiny bit of knowledge from being tenured twice in academia, where I published enough not to perish.

That’s why God made anonymous outside reviewers who consecrate submissions to professional journals as having enough rigor to be useful to the profession. Or not. Getting an article rejected is not a black mark on your record. It’s hard to believe that no scientist within Pfizer was prepared to put her name on an article applying Big Data techniques to the war against Alzheimer’s.

However the ethical mavens of the medical profession sort it out, I have a modest proposal from the outside. The federal government — that nasty tax and spend outfit that can’t do anything right and has no solutions because it is the problem — -should wager that $80 million. And not in the form of a research grant to a pharmaceutical company.

The clinical trial should be conducted by government scientists. Perhaps there are likely hires among the 300 layoffs from Pfizer’s neurology shutdown. I know beyond any doubt that the Department of Veterans Affairs has free access to a huge sample of Alzheimer’s patients who have already proven they are disposed toward public service. Anyway, most Alzheimer’s patients who are still competent and the caregivers for those no longer competent are desperate for relief and would gladly consent to a drug trial that offers any hope at all.

The consent is rendered even easier by the fact that Embrel had to be screened for safety before was approved for its current use. The worst possible outcomes are listed in the side effects noted on the Embrel packaging. The only thing to add is that it might not work. Embrel might be proven beyond doubt to be ineffective against Alzheimer’s, but any particular patient is no worse off because nothing else is effective at this time.

Should the worst scenario come to pass and no viable treatment for Alzheimer’s emerges, the taxpayers are light $80 million, divided by however many of the 329 million Americans are old enough and employed enough to pay taxes. But but but…I know I speak from outside the profession, but Big Data does not lie. It only misleads.

The advantages to a professional in working for the government are, in no particular order, that your job is relatively secure as long as you are low enough in the food chain to not be a political appointee, you have an excellent retirement plan backed by the world’s reserve currency, the U.S. dollar, and (shh, keep this one under your hat) you are willing to work for less because you are engaged in public service.

The whole point in having the taxpayers fund this research directly instead of doing so indirectly with tax deductions and research grants is that the work products of government employees are in the public domain. The government does not get twenty years of charging whatever the market among desperate people will bear. The research is published and anybody can market the result without paying.

You already paid when you paid your taxes, and you paid a bit more in taxes to benefit Alzheimer’s victims. If you are not inside that circle of concern, you are lucky. Ronald Reagan, who taught us that government cannot solve problems because it is the problem, was struck by Alzheimer’s, a random curse that could take anybody.

Who will take up the defense?

It’s too big for one person, understood as a human being. The shareholders and the board of directors and the CEO together determine the risk tolerance of a corporate person. Government in a democracy comes with a very high-risk tolerance. The war against waste, fraud, and abuse in government never ends and should never end, but the war on Alzheimer’s disease will.

The front in the war on Alzheimer’s known as anti-inflammatories may not be where this fearsome enemy will be defeated but there’s only one way to find out. When Pfizer did not share its data, that showed something less than all hands rushing to battle stations. If some insider destroys this idea from an ignorant outsider still intoxicated with the ideal of professional duty, he or she should say what ought to go into the breach.