​Christopher Carter Sanderson cheated on a girlfriend just once. And here is why it was the only time.

Let me be very upfront about this: I don’t think about myself as attractive.

Truth is, I don’t think of myself as unattractive either. And that’s probably my thing: if people talked about how damn ugly I was then maybe I would think about it. And, honestly, if I had ever had any trouble getting laid, I guess I would have had to wonder. But, I haven’t. ​I’ve been free to go about my completely self-obsessed life as an artist worrying about things like the pronunciation of words in Shakespeare or which stories of Tucker Max’s would make the best show on stage.

I have not had to worry about getting laid because I have by and large been in great, meaningful, monogamous relationships, (admittedly of varying duration) with amazing women. Never worried.

​That one time was the one time—and the only time—that I cheated on a girlfriend while we were in a committed relationship. It burnt me so hard and so badly, ripped my admittedly giant ego to such tiny shreds, left me so speechless and lost that I have never even wanted to do again it to any woman I was with. Ever.

​And I want to give credit where it is due: to my girlfriend at the time. She did it. Let’s call her “Gale.” What Gale did when she found out I had cheated on her completely robbed me of the desire to cheat ever again. Completely.

​Do you want to know what she did? I’ll tell you. She forgave me … it’s as simple as that. She forgave me and we went on with the relationship. And I have not wanted to cheat on a woman again. Ever.

​It’s not even like I confessed everything to her in a tearful show of repentant angst. Nope. She found out because her close friend, who I had slept with, told her. Gale was then the one who had the guts to confront it. She asked me and I told her I had.

​I was enough of myself to say I would not expect her to be my girlfriend any more. But she was not having it. She asked me if I wanted to see her friend instead. I was shocked that we were even still speaking, having just told the truth. And the honest truth was that I didn’t want to be with anyone but Gale, and really just wanted to apologize to her friend in case she’d thought this meant I’d be dating her now.

​Further, I felt so completely like shit that I said truthfully that I would be OK dating neither of them, and maybe should wait until I was over the relationship I’d just ruined before I thought about dating again.

​It just came out, it was the truth, and it made me miserable.

I guess it showed. So Gale told me that she’d like to wait until after the holiday that was coming up, but that after that she would want to see me. She forgave me and it would stick.

We stayed together after that for another year or two. It made me feel confident that telling her had been the right thing to do. Being willing to deal with the consequences made me feel like I still had balls, even if I had cheated in a cowardly way.

​Eventually Gale and I parted ways. But it was on good terms. We’re still social network friends all these years later.

​Now, I had a best friend too at the time. And he asked Gale if she wanted to cut my balls off for cheating on her. My best friend’s sister was the woman I had cheated with, so I bet he had some ideas about cutting them off at the time as well. Gale’s answer? “Yeah, I’d like to cut them off. But I like them too much.”

​Ever since that young relationship and what happened, when I think in a cheating way I know that it is just a way of telling myself that something’s wrong with the relationship that I am in. It tells me that I need to address that problem and deal with the consequences, like Gale taught me to.

​And that takes balls. I’m glad I still have mine.

Christopher Carter Sanderson (BFA, NYU. MFA, Yale.) is the author of the adapted works of Tucker Max for the stage, among other things.

Technically you didn’t really tell her. She found out through her friend you cheated with. You simply got caught red handed. So how much were you really willing to deal with the consequences? If you had been the one to confront her, it might be a different story. By the way, throughout your whole article you roughly used the words myself, me, I, I’d and I’ve about 57 times. It just comes off really self-indulgent. You talked about how heart broken you were, how you were ripped to pieces but I didn’t really get a sense of that from your… Read more »

Agreed. While reading this I wish he had added more about her feelings and the trials she had to go through in order to forgive and move past it. He doesn’t come across as really caring all that much for her either. That she was just a learning lesson, not a woman who he adored and through love and patience they made their way through the difficult time. He should have been at her feet from them on out.

Erin, thank you so much for saying it so well. Yeah, it certainly seems it was all about him. I see similarities between him and Tucker Max. Both like to tell you how easy it is for them to get laid. wow. How contrived , pedantic and provincial to sleep with your gf’s sister. I would expect more from a Yale Drama School graduate. I somehow picture Sanderson then video taping himself, naked of course, playing a Lute and singing “I gave my love a cherry without a stone…” to the gf’s sister. I’m more shocked at the gf’s lack… Read more »

I disagree with the statement that something has to be wrong with a relationship in order for one of the partners to cheat. I’ve been on both sides and each time it happened in the nicest period of the relationship, in the very beginning, when everyone was still very much in love. I honestly don’t know why I did it. Probably because I’m a weak person with issues. I’m glad to say that over time, though, I’ve been strong enough to admit to myself I never want to be a part of a lie again because this is a useless… Read more »

What I get is not that cheating on your GF changed you, but realizing that after cheating on her she was able to communicate on a healthy manner and forgive you. Her attitude taught you how to be a grown up and an honest man. Yea there’s so many reasons people cheat; but if you are really honest and open about your needs and feelings, most likely you wont cheat.

Just a short sidenote: Interesting how it seems to be acceptable for a woman to fantasize about cutting off a man’s body parts. A man who has been cheated by his wife could not even say such a thing in jest. It would be entirely unacceptable. Depending on the listener it could even be construed as a serious threat and bring the cops on him. Frankly, if a woman made such a remark about me, never mind the previous history, she would not see the inside of my apartment again in a hurry. Some things are just off-limits. For me,… Read more »

Here I go, triggered again by the whole “ego” thing. Don’t be so quick to dismiss a man’s feelings, even your own feelings, as “giant ego.” What you called “ego” is what many women would call: The need to feel appreciated Wanting someone to find you attractive Validation as a person Something important missing in your relationship That doesn’t excuse cheating, but if you only see it as “ego” then you probably haven’t gotten to the deeper issues. As hard as it is for people to believe, men have no more ego than women do. A lot of what people… Read more »

You are right. It is not “just” ego. If it is ego, injuring it hurts, and that emotional hurt is real and deserves dignity. If this proves one thing, then it is what I have long suspected, which is that the main difference between men and women is that men have never been educated to express and “sell” their needs and desires and anxieties in educated and sensitive language. In a way we have to beat women at their own game, or at least play by the same rules. When women hear male issues expressed in terms familiar to them,… Read more »

I cheated on one boyfriend when I was 22 .It has been 21 years and I never did it again. He didn’t know about it. I broke up with him without his discovering it. I would hate if he ever knew. He wasn’t for me, but he was a good man and he didn’t deserve it.

I got exactly what I deserved.

How did you get what you deserved? You were never called out upon it, never had to see his sadness because of it and in the end it was you who broke up, so not even your pride was injured by it. I don’t know your story, but from what I see you never suffered any kind of discomfort for it.

Hi, good article, but I don’t really get the part when you said that something was wrong in the relationship if you feel the need to cheat, but you stayed together for another year or two. Is it that whatever made you cheat caught up with you?

Good on you for being honest when caught. You followed the energy, you got selfish, you made it with a woman outside an existing monogamous relationship. Seriously, when this happens most people just want the truth. It’s about respect, and bumping uglies with someone else is not a tenth as disrespectful as lying. You were given an easy chance to learn a good lesson. Lucky, I’d say. 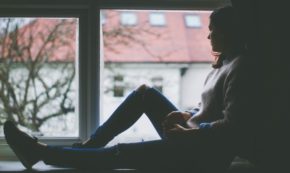 Facebook273TweetPin3EmailShares276
wpDiscuz
16
0
Would love your thoughts, please comment.x
()
x
| Reply
Share this ArticleLike this article? Email it to a friend!
Email sent!