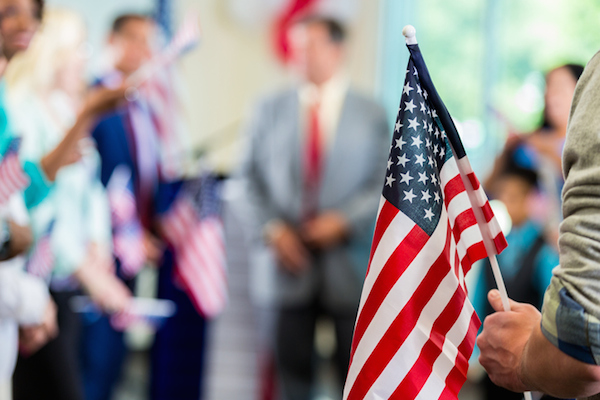 There are very few “accidents” in politics. Most everything happens for a reason.

On the eve of the Las Vegas caucus and a week before Super Tuesday the Washington Post published an article revealing Bernie Sanders had been privately warned by US intelligence officials of potential Russian campaign meddling to allegedly aid his reelection effort.

Apparently he wasn’t provided with specific actionable details. Short of monitoring his campaign minions and social media carefully, what should he have done?

The timing of the revelation gives pause for thought. It necessitated Bernie Sanders issuing a last-minute statement, “And look, here’s the message, to Russia – stay out of American elections.”

Unlike President Trump who blames Democrats and disinformation when referring to Russian involvement in perverting our election, Bernie Sanders has been consistent in his castigation of Russia.

In its February 21st article the Washington Post stated, “Sanders has frequently warned about the threat of foreign interference in U.S. elections and criticized Trump for not doing enough to stop it.” It went on to reference a statement by Sanders in January.

“Let me be clear: We must not live in denial while allowing Russia and other state actors to undermine our democracy or divide us” Russia targets the divisions in our society; we will work to heal those divisions.”

One has to wonder, with Sanders’ consistent condemnation of Russian interference, why at the precise moment as Sanders is surging in the polls did this month-old information spur a mainstream media report.

All of us who follow Democratic politics are aware that the DNC and much of the allegedly progressive media (fellows like Chris Matthews) have concerns because of the suffix at the end of Bernie’s political affiliation.

It is understandable that his insistence on calling himself a Democratic Socialist carries negative association in many people’s minds; we live in a capitalistic democracy. However, our capitalism and democracy are laden with aspects of socialism.

Any redistribution of wealth run by the government is by its very nature a form of socialism. Education, interstate highways and Social Security share elements of socialism.

It’s a shame that even Democratic contenders are playing up the “socialism” moniker in an attempt to convince Americans that Bernie Sanders would not prevail in the general election. What a lot of nonsense.

Does his use of the suffix socialism after Democrat present a bit of a road block? Any intellectually honest Bernie supporter would have to say yes. Certainly, the polls indicate that to be the case. As an ardent Bernie supporter, I wish he didn’t refer to himself the way he does. But then Bernie wouldn’t be Bernie.

And, it’s his positions that followers care about most. Medicare for all, free higher education, universal free meals in schools, citizenship for dreamers, eliminating tax breaks for “offshoring,” creating a public option for rural broadband, affordable housing for every American and the eradication of economic inequality. Wow, what a lot of socialist programs Bernie endorses.

The bottom-line folks, as older American citizens who don’t yet understand Bernie’s positions gain a deeper understanding of how he is looking out for their best interests, they will come to understand that his form of Democratic Socialism will benefit them and their children. They will elect him President.

Most importantly, the young people get it and support Bernie in amazing numbers.

Up till now, we have not been great caretakers of all our citizens. For years Bernie Sanders has been one of the lone voices crying out into the wilderness to change this unconscionable situation.

In 2020 the major Democratic talking points are the issues Bernie Sanders has been promoting for years. The only difference is, most of the others feel the only way to make change is baby steps. Ask yourselves how that has worked for you and yours during the last half century.

Right before the major caucuses and primaries let’s not so subtly suggest that if Russia wants Bernie to run against Donald then he must be a weak candidate.

The reality, our country is in peril from a Republican party that has discarded any values it might have held as it clings to the entrails of a President bent on the destruction of our Democracy.

There is only one candidate that continues to generate amazing levels of enthusiasm amongst the voters who will be casting ballots in 2075 long after Bernie and most of the Baby Boomers are gone.

Let all the politicians cut out the baloney and everyone get out and vote. If Bernie Sanders gets the Democratic nomination we’ll all work together to ensure he beats the most craven administration this country has seen in over a century!