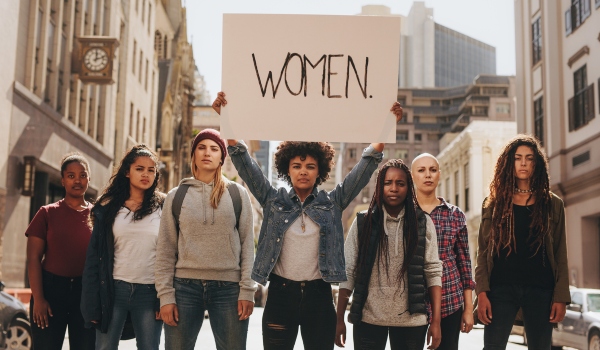 There has been some optimism about the rise of women in politics, including the so-called “revenge” candidacies of women vying for seats in the American midterm elections, running against politicians who have been openly anti-women, anti-pro-choice and anti-feminist.

There is now a record number of women running in U.S. House and Senate races, and many of them point to anger over GOP policies that have had detrimental effects on women and children.

In Canada, there has been a push to get more women to run for public office, as well. Organizations such as Equal Voice Manitoba, a non-partisan group that holds workshops designed to provide information to help women run, are actively encouraging candidates to step forward to ensure diversity at the federal, provincial and municipal levels.

But women are still woefully under-represented in Winnipeg’s mayoral and city council contests. There’s only one woman running for mayor this year, in a field of 10: Jenny Motkaluk. In 2014, when there was no incumbent, there were two women candidates in a field of seven.

The news is discouraging, but continues a trend highlighted in research released this week by Sandra Breux, Jérôme Couture and Royce Koop in the Canadian Journal of Political Science. They write that, “In total, only 15.69 per cent of candidates who contested mayoral races between 2006 and 2017 were women. Further still, just under half of all mayoral races in our sample (43.3 per cent) had no female candidates whatsoever. Despite the perception of local politics as being comparably receptive to participation by women candidates, the reality of local politics in Canada is that close to half of all mayoral elections include no women candidates, thereby depriving voters of the option of voting for a woman mayor.”

At the city council level, as more nominations come in, the percentage of women candidates is now at an abysmal 16.6 per cent, far below the all-important threshold of 30 per cent — what’s called the critical mass — at which there are enough women to have a serious impact. At the school trustee level, it’s a completely different story. There, gender parity was reached in 2014, with women and men running in roughly the same numbers.

Making the transition from the informal politics of parent council to the formal world of school trustee seems to be a more natural evolution for many women.

This is something Motkaluk knows first-hand; she says with no political party support, “You have to build everything; there’s no campaign in a box that you can just unpack.” So the candidate is left having to make all the decisions from square one, beginning with what colours to use. But Motkaluk sees it as a good thing as well, because the candidate can make their own decision about policy without having to check with party central.

While Motkaluk is supportive of organizations such as Equal Voice Manitoba, which she says does good things for women, she didn’t rely on them. “I don’t like to wait for someone else to do it for me. I like to take the bull by the horns and do it myself.” But she did have support, by way of a number of focus groups that she ran ahead of time to determine if she was on the right track in making the decision to jump into the mayoral contest. She met with a number of them early on, to see what they had to say about what they wanted from their mayor.

Pamela Kolochuk is running for school trustee in the Louis Riel School Division Ward 4 as a first-time candidate. She, too, did not rely on Equal Voice Manitoba, but did get help from the Manitoba School Boards Association. Kolochuk says that she was “encouraged to run” by a number of school trustees who saw her working with her parents’ council. As the chief financial officer for Peak of the Market, she feels she could bring a strong woman’s voice to her position, but she also wants to have her two children see her in politics and feel that it’s normal.

First-time city council candidate (and longtime school trustee) Sherri Rollins knows the importance of being asked to run. Rollins is running to replace Jenny Gerbasi in Fort Rouge-Fort Garry, and she says she called another Indigenous woman and asked her to run to replace her in the Winnipeg School Division. “I wanted to replace me with another Indigenous woman, and I wanted to make sure I asked her, and I stayed on the phone until she said yes. Because, as you know, you have to ask women a lot of times before they’ll say yes to run.”

This fits with the research that women won’t think of themselves as candidates until they are approached, and they won’t usually say yes until they’ve been asked a number of times.

Rollins gives credit to Equal Voice and the work it does to provide a “support system” and a “powerful community of women that provides connections.”

Denisa Gavan-Koop has often worked behind the scenes on a campaign; after talking with Rollins and working with Equal Voice, she has now decided to run for the first time, too, in Louis Riel School Division Ward 3. She, too, was supported by other women and men who told her she could do it.

Susan Thompson was Winnipeg’s first — and, so far, only — female mayor. On Tuesday, she was honoured by the Nellie McClung Foundation as a trailblazer. She talked about the importance of women who follow their path to do what they know is right and that by doing that, they can lead by example.

To all the women who have had the courage to put their name on the ballots for Oct. 24, thank you for being the example. And thanks to all of those who support women along the way, whether by donating money, by helping their campaigns or by running organizations such as Equal Voice. More women means greater diversity, and that can only make democracy stronger.