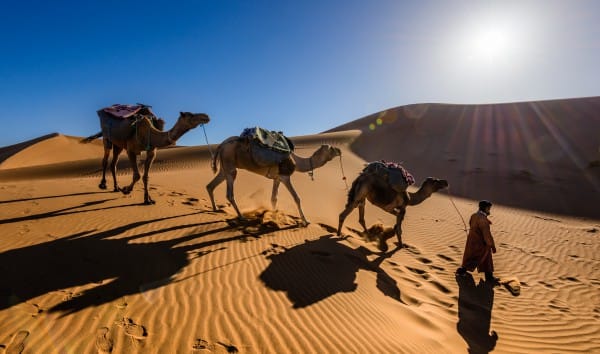 I hosted a family gathering for lunch today in honor of a birthday. My son Paul is 44 years old, 100 percent disabled and chucked out of the military on a medical discharge after two tours in Iraq. I say “the military” because he got around. He would say, “Once a Marine, always a Marine.” He served in the Marine Corps, the Air Force Reserve, and the Army, from which he is retired.

He showed up wearing a t-shirt with a graphic of a sniper behind the lettering:

The shirt reminded me of one I saw in Nashville when I was in Tennessee to visit Paul when he was assigned to the Screamin’ Eagles AKA 101st Airborne. Across the top was a stereotypical Arab going full tilt boogie on a camel and waving a scimitar, captioned “Holy War!”

Under that was the same Arab on the same camel headed in the opposite direction with a jet fighter wearing U.S. markings in hot pursuit. That drawing was captioned, “Holy Shit!”

GIs do that kind of thing, and ridicule of the enemy is a custom probably older than the United States. You know, the country that fought a revolution against the lobsterbacks?

I always thought the point of the ridicule was to take the edge off killing people. It’s hard to do, you know? Few soldiers fire their weapons in combat and even fewer aim.

These customs softened a bit during the Cold War, which was fought entirely through proxies. Proxy wars complicated racist labels. Korea and Vietnam were divided between “our gooks” and “their gooks.”

There is an apocryphal story about the British slang for a nonwhite person, wog, that is similar. It is told that the Brits were fighting alongside the Gurkhas, a Nepalese people known for fierceness in battle and loyalty to Great Britain. The claim is that the Gurkhas took exception to being called “wogs,” leading a British general to explain that wog is an acronym for “worthy oriental gentlemen.”

Yes, it’s absurd. I told you it’s apocryphal. If you will do me the favor of reading to the end, I’ll tell another apocryphal Gurkha story that has some entertainment value.

I rise now to defend myself against a charge of hypocrisy that I’m sure you can see coming a mile away. My attitude toward American Indian mascots for sports teams or for advertising is public record. I am particularly exercised about the Washington NFL football team, whose mascot I refer to as “the R_______ word.”

I was once a pretty heavy writer over on the liberal organ, Daily Kos. I had lots of “mojo,” the currency of the realm over there. Then somebody got offended when I was writing about the R_______ word and I repeatedly compared it to the N______ word.

As best I can tell, my sin was using the N______ word, regardless of the context. I was not exactly thrown off Kos. I was told to apologize and my reaction was “Fuck you and the horse you rode in on.”

So why did I not give my disabled veteran son a hard time for ridiculing Arabs? Especially since I can make the traditional defense, “Some of my best friends are…” Yes, I’ve taught Arab graduate students. I shared an uber-cheap undergraduate dorm with an Egyptian student who was one of the few University of Texas students as impecunious as I was. Lots of Saudis attended UT to study petroleum engineering, but they were of the monied class and traveled in circles far above me. If I ridiculed them, it was about class rather than ethnicity.

Actually, I am prepared to claim that my son’s ridicule of stereotypical Arabs strengthens rather than weakens my opposition to Indian mascots. At the outset, I want to be clear that my complaint is not about the team names, with the exception of the R_______ word, which I cannot in my mind separate from the many times in U.S. history when bounties were offered for killing Indians of any age and any sex.

The R_______ were the proof offered to collect the bounty. The practice of paying for Indian scalps persisted in some jurisdictions into the 19th century, but the most famous taking of Indian scalps was in the Sand Creek Massacre on November 29, 1864, and the purpose was not bounties. The purpose was to take trophies and, after everybody was scalped, the heroes of Sand Creek went after genitalia and women’s breasts.

About the killing of children, the commander of the perpetrating forces, John Chivington observed, “Nits make lice.” Contemporary reports of the displays in Denver after the Massacre focus more on genitalia than scalps. In 1863, Cheyenne Chief White Antelope visited Washington by invitation and received a “peace medal” from President Abraham Lincoln. A year later, one of Chivington’s troops removed White Antelope’s testicles to free up the scrotum for use as a tobacco pouch.

The name of the Washington team stirs memories of unspeakable evil that should evoke nothing but shame in a civilized people. That name stands in a class by itself.

The name of the Cleveland Indians is not offensive; Chief Wahoo was. It is really hard to see a good faith difference of opinion about Wahoo, and I like to think that’s why he finally got retired. The name of the Atlanta Braves is not terribly offensive until it sets off the “tomahawk chop.”

With the exception of the barbaric Washington team, it’s not the name so much as how the fans conduct themselves with painted faces and “Woo woo woo!” Even worse is how the opponents of the fake Indian teams conduct themselves. You hear a lot about scalping and massacres. Such things would be easier to tolerate if they were more fantasy and less history.

What to you tell Indian kids about that kind of conduct when those kids know their history? And the white folks involved? I can’t decide if it’s worse if they are ignorant of their history or if they know all about it and don’t care.

First, do you remember that awful video of the helos taking off from the roof of the U.S. embassy in Saigon? Those human beings trying to cling to the skids were “our gooks,” the Vietnamese who threw in with the Americans because they hated Communists or because they needed at job and were about to suffer the consequences if we did not rescue them.

Any day now, we will be withdrawing American troops from the longest war in our history in Afghanistan. Will we leave the Afghans who worked for us to the tender mercies of the Taliban? If Mr. Trump’s xenophobic immigration policies are still in effect, I’m afraid so.

Second, if you use the GI humor of troops at war to defend ridicule of American Indians, are you not inviting scrutiny of how Americans treated indigenous peoples on this continent? Isn’t the implication that you are trying to fire up the mob for another go at us?

Having offered my reasons for not going off on Paul, I will add that I am of the last or next to last generation of Indian kids among whom pulling a hitch in the military was not optional. The only excuse was if you tried to enlist and were rejected. Maybe you were born with a bone spur in your foot or something, but you would not be making excuses to your draft board. Your concern would be your friends and family.

Younger generations of Indian kids are more skeptical than I was, but if you want to take my attitude toward serving as evidence of a warped mind and discount what I’ve said, that’s up to you. Except the part about the Washington football team.

I promised to tell another apocryphal story about the fierce and fearless Gurkhas and their service to the British military. It is said that the Brits decided to train up a Gurkha unit for airborne status, which, the Brits claimed when asking for volunteers, meant a pay raise and an addition to the Gurkha legend that they jump out of airplanes behind enemy lines and fight their way back.

The Gurkha officer in charge reported apologetically that only 60 percent of the Gurkha unit — a little over half — volunteered for airborne training.

“I don’t understand that,” the British officer said. “Some of our troops consider parachuting to be so much fun they pay pilots of small planes to take them up so they can jump while off duty.”

“Wait a minute,” the Gurkha OIC interrupted. “Let me ask for volunteers again. You didn’t tell me the men would be issued parachutes.”