Relationships die in one of two ways: with a bang, or with a slow flicker into darkness.

The bang-endings: cheating, an extreme fight, physical abuse, or other flare-ups, probably aren’t avoidable, and aren’t helped along by both parties. But, for the most tragic of relationships…those that start out strong, sunny, and bright, it’s hard to realize that it probably was preventable, and both parties are guilty of its gradual demise.

Now, not every relationship that grinds to a halt will have all three of these: resentment, insecurity, and stubbornness, but even having one of them is enough to do severe damage to a relationship without cheating or lying. All three together make for a vicious cycle.

If you couldn’t guess, my relationship recently died. Or, rather, it grew colder and more still with every minute. Either way, it was sad, agonizing, and tragic, especially because I was unaware that there was a pool of resentment slowly boiling up in my ex.

Resentment is the one thing that is nearly impossible to overcome because it usually builds over time, it’s borne of one person’s insecurities, and neither person can label it until it’s too late. However, I can see how it was pretty much destined to happen.

Could we have done things differently? Perhaps. But, I could not see or change the other person’s state of mind towards me, and his state of mind was the sum of his life experiences, as is mine.

We had completely different experiences growing up. He grew up in the South, and I grew up in the North; he’s more emotion-based, and I am more logic-based. I love fixing things by reading articles online, especially when they’re about science or law, and I love a good debate; he’s much more laid back, enjoys math, daily routines, budgeting, watching tv, and would prefer to avoid discussing subjects that are potentially rousing, such as politics.

Some people could say, well, you guys were just too different. And maybe that’s true, but I know plenty of couples who are polar opposites and make it work, so I don’t buy it. The thing is, differences can be what makes a couple stronger.

Being different isn’t a problem.

Believing that your differences make you superior, or rather, conversely, if you have a low opinion of yourself, believing that your partner’s differences make them superior, that creates a problem. If you believe that because your partner has more knowledge than you on a subject, and every time they mention something about that subject, they are necessarily “talking down to you” or “making you feel stupid,” there is no recourse but to feel belittled, insecure, and resent them.

The couples I know who are total opposites make it work because they value the other person’s ideas and positions, without feeling threatened by them.

A relationship is not a competition. If you date someone while seriously believing that the reason they use certain “big” words with you is to make you “feel stupid,” there can only exist two underlying issues: a. you are insecure with your own knowledge/vocabulary/reasoning skills, or b. you are truly dating a sadistic person who derives pleasure from humiliating you. Before you are so certain it is “b,” please take a moment to reflect on the totality of the person you are dating. Do they have a history of selfless behaviors? Or more sadistic behaviors? Do they often do things for you? Or to you?

So, let’s say the answer to why you feel belittled when your partner with different skills talks to you is that: a. you are insecure. Which is fine. Everyone has something they’re not good at.

Perhaps there is good reason for your insecurity: maybe your partner has a much higher education level than you, or maybe they were just a bookworm as a kid, so they have a vast vocabulary, or maybe you were teased in school, or you are slow at getting the hang of new things.

Insecurity isn’t a bad thing; if you can accept your differences and approach your partner with an open mind, and willingness to learn about what they’re educated in, insecurity doesn’t have to lead to resentment. But, let’s say you don’t believe your partner is actually educated in whatever they’re speaking about. What happens then?

If you can recognize that your partner needs you to believe them (maybe they’re looking for an ally, or validation, or for you to stroke their ego, or maybe they’re just scared and want you to do things their way), maybe you play the “bigger person” and let them have their way. Or, maybe you dig your heels in, ramp up the stubbornness, and insist on doing it your way.

What does digging your heels in accomplish?

For one, it might undermine your partner’s faith in you, because if they don’t feel like you value their knowledge/opinion, it’s going to be really hard for them to think you’ve got their back. Also, if what you want is based off of “well I want what I want because I want it,” and not some sort of logic/theory/science, and your partner is a logic-based person, you’re going to be at an impasse, with a deep, dark, uncrossable chasm.

Unless you can reach your partner with an appeal to their emotional side (even logic-based people have emotional sides), or out-logic their logic (every logical person I know can usually be persuaded to do something differently if the other side’s logic is better), you’re not going to smooth the situation over.

This brings us back to resentment.

Who would assume that a partner who doesn’t believe you or value your knowledge, would want to stay with you? No one.

So what was the final disagreement in my last relationship? And what could we have done differently? Well, the last straw in my failed relationship, was an issue of whether to turn on 4WD on slushy winter roads.

Having grown up in the North, driving on snowy roads, I knew to: first, turn on 4WD, second, proceed at granny speed, and lastly, turn into a slide when you get into one. (And, if you have a truck, weight down the bed!) I had never once wrecked in the winter.

But, my Southern ex, was a car guy. He knew how to build cars, fix cars, and everything you could ever hope to know about an engine. In my mind, being a “car guy” didn’t translate into having the “muscle memory” for winter roads you develop when you grow up driving on them. So, after we not once, but twice, nearly took out a guardrail during the wintry drive, I pleaded with him to turn on 4WD and reminded him to steer into the slide the next time we spun out of control.

Luckily, we never did fully spin out of control a third time. But, since I’m a logic/science-based person, and he wouldn’t turn on the 4WD, I decided I would research when it was appropriate to turn it on. An article online by a car insurance company described the literal conditions we were driving in as the “perfect time to turn on 4WD high,” so I read him that section of the article. Rather than turning it on because logic had prevailed, or because he could see that I was scared, he said he only turned it on to “shut me up,” and that I was treating him like a child.

It’s hard to argue with that. It is easy to treat stubborn people like children because only children tend not to listen to reason or realize they are hurting someone else’s feelings when they don’t believe them. But, obviously, treating someone like a child isn’t going to make them want to cater to me. So, that’s not a path I would consciously choose to take. Nor should you.

So, I say again: what could I have done differently?

Nothing. I was never made aware of the fact that he felt like I was treating him like he was stupid/a child/insulting his intelligence until over a day after the near-wrecks occurred. Apparently, he had felt that way in the past as well but have never voiced it.

The only way I could tell that something was wrong was that he gave me the cold shoulder the rest of the way home, but denied anything was wrong until the next day.

If you want to stop your relationship from spiraling into the pits of Mordor, you need to tell your partner right then that they are coming off condescending and tell them why. Or, better yet, ask why they are insisting on doing it a certain way.

Every logic-based person I know usually has a reason for doing what they do…whether they read it online somewhere, or they learned from their parents, and they would probably love to explain it to you and have a nice, non-emotional discussion about it.

—
This post was originally published on BeBetterAtDating.wordpress.com and is republished with the author’s permission.
—

I’m just a 30-something with some insights on the world that need to be said…I enjoy my dogs, SCUBA diving, tennis, science, technology, law, and learning! 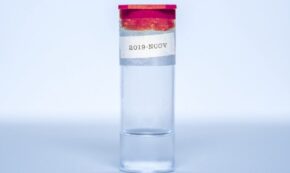 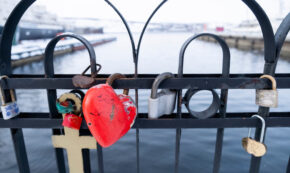 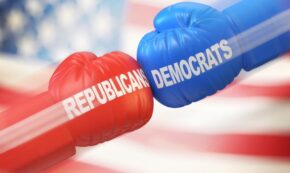 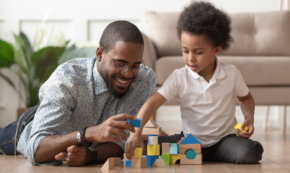 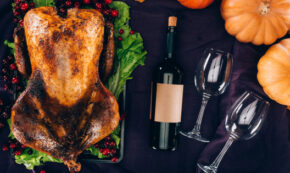