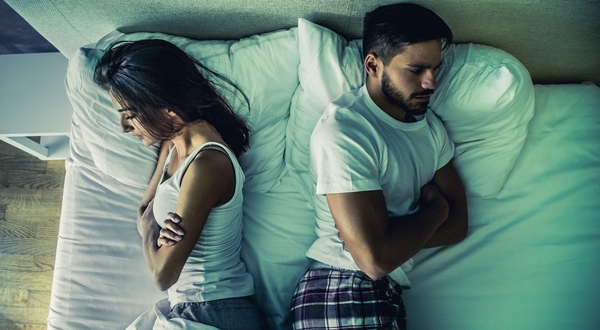 —
One of the worst, and least recognized, issue in relationships is resentment. It works on the foundation of a relationship much like termites work on a house. Left unidentified and untreated, resentment will rot the relationship from the inside out.

Theresa and Bill have been married for eighteen years and have two teenage children. Bill believes his role is to provide for his family and make sure everything is on track. He has simple needs and is quite reserved in his demeanor. Theresa spends a lot of time taking care of the house and the children. She runs a tight ship and has trouble taking time for herself. They have built a solid life together.

They came to see me after Bill announced he was very unhappy. He felt alone and didn’t want to spend the rest of his life in a relationship he didn’t find fulfilling. Theresa was caught off guard and was understandably upset because Bill had never told her he was unhappy. She recognized they didn’t spend much time together but chalked it up to having two jobs, two children, and extended family commitments. Sound familiar?

In addition, Bill spent almost every weekend during hunting season away. Theresa had no desire to go with him but thought she was being a good partner by not objecting to his being away, even though it left her with the bulk of responsibility for taking care of the children and the house.

Bill stated he was willing to try to fix things but didn’t hold out much hope because of how isolated and detached he felt. Theresa was still in shock but determined to make the marriage work. Both really dug in to the work and soon realized how they each had allowed the relationship to get off track.

As they were able to get honest with each other, they became more willing to be honest with themselves. Each had been unhappy with the choices the other made that resulted in their drifting apart. Once they started spending more time together they were able to really hear the other’s perspective and pain. Both Bill and Theresa recognized they each had a part in creating the situations that made them so angry with each other.

The resentment they felt towards their partner had its roots in their own behavior. With each disappointing interaction, the resentment grew stronger and stronger. Neither said anything about those disappointments but continued to blame the other for not being the perfect partner. As soon as they stopped focusing on the other and took ownership of their own feelings, they were able to see how quietly and completely their mutual resentment had almost destroyed their relationship.

If resentment builds silently and unseen, how can you keep it from damaging your relationship? The same way you keep your home and cars in good shape. It is important for couples to recognize the warning signs in themselves and in the relationship. Just as termites or worn brakes leave traces, so does resentment.

Another client recently asked me if he makes a promise to his wife should he feel resentful. I answered with a resounding “NO!” If you feel resentful about making a decision or taking an action, you are either not being honest with your partner or with yourself. The only way to ensure the health of the relationship is to be honest about what one is thinking and feeling.

Do not allow things to fester and infect your relationship. It is important to identify your position on a subject and be willing to present that position in a clear and calm manner. It is up to each partner to agree only to those things they can agree to and be willing to explain their position when they can’t. Without this honesty to yourself and your partner, seeds of resentment take root and begin the long, painful process of strangling the joy from the relationship.
—

Facebook2TweetPinEmail1Shares3
wpDiscuz
Share this ArticleLike this article? Email it to a friend!
Email sent!