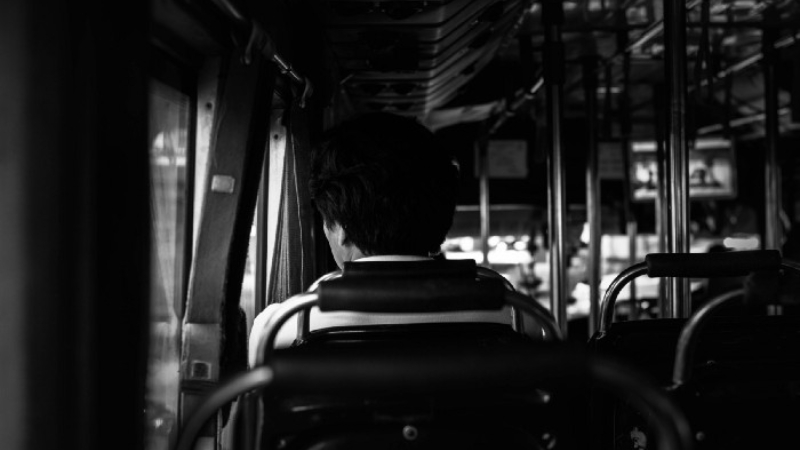 Yesterday my supervisor at work resigned from his job. He was one of the early employees of this company. He helped to shape this company what it is today.

I was assigned under him after I had joined the company. I learned a great many things from him. He was a man I looked up to.

He did not like to talk that much though. He was much of a thinker than a doer. Whenever we went to his room with any problem, he would node his head at best.

One such incident is still vivid in my memory. One day two of my colleagues and I went to his room with a problem. After we had covered every avenue, we were waiting for his turn.

The entire time he remained silent. He had his head buried in his laptop.

Few moments had passed. We did not know what to do. There was pin-drop silence in that room. It was so frightening that we could hear our own breathing!

I could not bear it any longer. So I caved in. I asked him whether we could go. He did not say anything; just nodded his head slightly to signal his consent.

So that’s the kind of person I’m talking about. He was just a little bit different. He gave us enough flexibility that anyone could dream of in a job.

Yesterday we gave him farewell. Everyone at the office shared their experiences working with him. When my turn came, I could hardly speak. My voice was shaky. I tried but could not look him in the eye.

I suppressed my urge to cry.

I remember the first time I cried while saying goodbye. I was just 4. My cousin was migrating to another country with his family. We were buddies!

We used to play together all day long. We were inseparable. With him gone, I lost a playmate, a brother and a friend.

After my cousin and his family had left for the airport, I went straight to my room, lay facing down on the bed, and cried my heart out.

It was heart shattering for poor little me.

I remember the time my grandma died. She was a lovely lady. I was old enough to know what death was.

Her departure from this world made me think about life and death at that age. She left us for a world from where there’s no coming back.

If we have to leave everything behind, then what’s the point life?

My little mind could not give me any answer. I did not bother asking this question to anyone either.

Another time I cried my heart out was when my sister was leaving for her groom’s. I did not have the courage to show my tears to others though. It took a lot of self-discipline on my part to hide my tears behind my hard exterior.

My sister and I were born few years apart. She was my closest in the family. I remember all the memories we had together.

Everyday after coming back from work, I would go to her room and we would talk about things I missed while I was gone. She was my source of family gossip and melodrama.

I was a big spender. She, on the other hand, was very frugal. She kept her money inside her clothes in her wardrobe.

Every time I was in need of money, the first person I sought help from was her. I would unashamedly ask her for loan. Seeing my repeated behavior, she would deny at first. But eventually she would give in.

She had a thing for cooking. She liked to cook new tonguelicious dishes and I was her food tester. She imitated the cooking shows. She used to describe step-by-step what she was cooking to her invisible audience.

My sister got married young. Her in-laws’ house was nearby. Nonetheless, she left her home and the people she grew up with.

I felt a part of me was gone with her.

Every time I said goodbye to someone I had emotional attachment to, I felt a tingling pain in my heart. You lose a part of yourself when you say goodbye to your loved one, the person you admire, or the person you care deeply for.