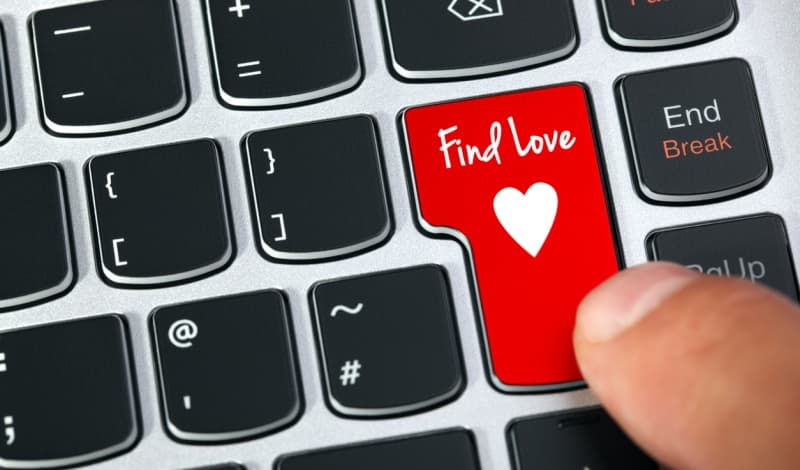 I met my husband at 16. We were married when I was 25. I was widowed three days before my 44th birthday.

Our two sons were in their early teens when we lost their father. He had been ill for quite some time, but the way he eventually passed away was sudden and traumatic. PTSD complicated our grief. I threw myself into tending to my boys, work and volunteering. Once they graduated, I created a blog to finally process the sadness I had suppressed for years. My mind was too preoccupied and my spirit too full of heartache to allow time for dating.

And so, I waited nearly a decade to reenter the dating world. If you do the math, this seemed to be a pattern with me. What can I say? I needed to be REALLY sure before I truly committed.

Single and out of date

My husband was my first kiss, my first love, my first everything. My friend used to tease me that I had the dating skills of an adolescent: awkward, unsure and pretty much clueless. I had no playbook — no references to what I liked or disliked in a relationship. Flirtation was a skill that had dissipated long ago. Now in my fifties, I was about to enter foreign territory without comprehending the language or rules of the domain.

Back in high school, my biggest concerns were whether my side ponytail was attractively askew and the horror of my butt cheeks protruding beneath my Dolfin shorts. I could never have fathomed that a bodacious bootie would be considered alluring in the 21st century. I only wish a muffin top wasn’t an unwelcome collaborator in my middle-aged physique.

Looking for a Match made in OKCupid & other digital heavens

I had been pondering dating for a couple years before I resolved to be proactive. It was my hope that someone in my circle of friends would introduce me to a “nice guy” they knew. He would be properly vetted as engaging, financially secure and safe. There was one enormous snag in this scenario: Most of my friends were married. I was the only unattached mare in the posse. No known stallions for miles.

And so, I reluctantly thrust myself into the realm of online dating. I honed my relationship seeking resume (aka profile) to the best of my novice ability. Dating Objectives, Activities & Interests and Bio were all crafted with a touch of wit and hidden desperation. Previous Experience was glaringly absent. I appraised pictures of myself until I found the few that I hoped portrayed subtle sexiness while concealing my double chin. Filled with apprehension, I shuddered as I posted it.

The responses began flooding in almost immediately. This is not to say I’m any more eye-catching than the previous gal to swipe across their screen — far from it. But if you’re female, new on the dating auction block and assumedly breathing, you’re a hot commodity.

Never in my wildest imagination could I have ever envisioned the types of characters soon parading through my account. There was an inordinate amount of men donning bizarre hairstyles including mullets and a Flock of Seagulls triple mohawk. I’d somewhat expected the gentlemen who obviously were lying about their age, but many were clearly decrepit. One even used a photo of himself in a hospital bed as his profile pic. Another chap sported a neck brace and still another proudly presented only his elbow scab. WTF? Was he seeking someone to kiss his boo boo?

Then there were the usernames: AwesummaCumLaude, Eatyourkitty and Chocolate Reggie whose self-summary proclaimed, “Just a funny man with a big dick and full wallet,” were a few highlights of this brigade.

I came to the realization that I needed to apply some filters to sift through the invitations infiltrating my inbox and “likes” tallies. There were the simple sorts regarding age, height and marital status. Long distance romancers and professed CIA operatives were weeded out. Then there was the Not a Chance in Hells:

Getting with the dating program

The laws of attraction are a bit cockeyed in the virtual world. You are introduced as the result of a succinct CV processed through an arbitrary algorithm. Physical mannerisms, nonverbal cues or pheromones are not in play just yet. Charm and other nuances are compressed like dough through a pasta machine, then transmitted via an LED display. This two-dimensional showmanship was superficial at its best. Counterfeit at its worst. It took me a while to acclimate and learn how to decipher these exhibitions. I’m not sure if I ever actually did.

With the simple click of a button, your interest in someone is proclaimed to the technological universe. Hopefully, they “wink” or like you back and the initial courtship begins. Last time I was in the dating arena, you danced with one partner at a time. When utilizing an app, one engages multiple prospective mates simultaneously. No more waiting to get home to check the answering machine. Messages appeared at all hours of the day and night. On some days, the frequent alerts buzzed my phone like a bumble bee stuck in a window shade. The cacophony of it all left me woozy. I soon became addicted to the rush of electronic seduction. On other days — many many days — the notifications fell silent. I checked and rechecked my phone, desperately seeking my fix.

“All that is gold does not glitter” — Tolkien

During this period, I relied heavily upon a close single friend for guidance. She was my Obi Wan — gifted in the ways of dating and an excellent counselor. Her eager apprentice, I regularly divulged the ups and downs of this unfamiliar terrain. We regaled each other with tales of fleeting passion, being ghosted and assorted profile oddities.

She recognized my dating immaturity, gradually teaching me to trust my own instincts and realize my self-worth. Each time I would come to her sorrowful from a rejection or breakup, she would always bestow the same advice, “I’m so sorry you’re in pain, but every relationship provides a valuable lesson. Whether it identified a trait in a man you can’t abide or gained an awareness of what brings you happiness, you have gleaned an insight into what you want out of a relationship.” Her mentorship proved invaluable.

This is not meant to be a manifesto railing about the perils of online dating. I know quite a few people who have successfully found their soulmates and/or future spouse. Personally, I frequently connected with men I found attractive, had a decently active dating life and various brief relationships. Did I find the next love of my life? That story is yet to be told…