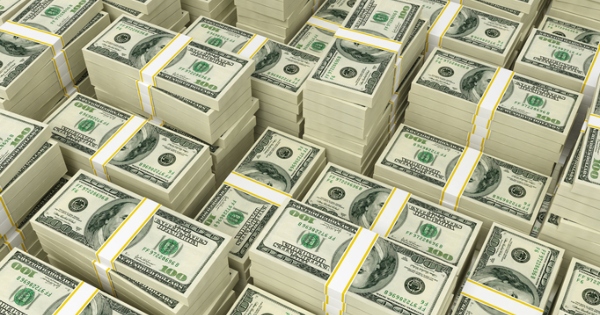 —
Millionaire – it has a nice ring to it. It’s what nearly every entrepreneur strives for. Not because of the things they can buy, but what it means. It’s a barometer of success in our society. While it might not mean quite what it once did, every millionaire I’ve ever talked to always remembers when they were able to say, “I’m a millionaire now.” Here are seven habits self-made millionaires all have in common.

Back in my A.P. English class, I remember reading books such classics as “Waiting for Godot,” and “The Merchant of Venice.” They really turned me off reading. Years later, when I ran into trouble in my business, I turned to books for answers and my life has never been the same. Legends in nearly practically every field have taken the time to write down the secrets to their success. The problem is as Jim Rohn used to say, “People don’t read them.” Andrew Carnegie built an incredible 2,509 libraries all across America, and yet, most people today drive past them rather than to them. Reading can be fun, but the real power of magic is reading to uncover and unlock new ideas. Warren Buffet, Mark Cuban, Tony Robbins, Bill Gates, Oprah Winfrey, Phil Knight and many many more are all voracious readers. If you do nothing else on this list, this would be the one.

Habit #2: They Have a Mentor

A mentor is someone that has done what you want to do and knows the pitfalls and mistakes most people make. I’ve heard it said that the pros succeed simply because they make fewer mistakes than everyone else. That’s the power of having a mentor, they save you valuable time and energy. They know the books to read, and what not to do. They’ll share life lessons learned from their mentors or from their own failures. Either way, it’s accelerated learning.

The Magic of Thinking Big by David Schwartz is one of the classics of personal development books and as the title says, there is magic in thinking big. Successful people don’t think small, it doesn’t motivate others, and worse, it doesn’t motivate them. It’s similar to the concept in The Secret, which talks about how concentrated thought will manifest itself in your life. Unfortunately, what the book left out were the next two habits.

Many years ago, I sat down with a client to discuss their goals. One problem, everything on their list was a dream. He wanted this and that, but they were all things they had no control over. Napoleon Hill said this, “A goal is a dream without a deadline.” There’s nothing wrong with having BHAGs (Big Hairy Audacious Goals) but you’ve got to have a plan.”

As Brian Tracy says, “A goal without a plan is a dream.”

There is no getting around it. If you want to be successful, you’re going to have to put in the hours and the effort. Bill Gates didn’t take a holiday in his 20s when he built up Microsoft. Mark Zuckerberg claims to have spent every day for five years of coding. It’s not surprising they are some of the most successful people on the planet.

In my first book, iSucceed, I dedicated a chapter to the concept of friends because of the incredible influence they can have over us. Successful people cultivate what author Tom Corley calls “Rich Relationships.” Successful people view relationships as trees that need to be nurtured.

Facebook13Tweet1PinEmail1Shares15
wpDiscuz
0
0
Would love your thoughts, please comment.x
()
x
| Reply
Share this ArticleLike this article? Email it to a friend!
Email sent!