Salaam Bhatti debunks some of the most prevalent misunderstandings about Islam and oppression.

Sharia, like many Arabic words in a post-9/11 world, is a touchy subject. Enraged thoughts are common from the mere utterance of these words.  This leads to unsubstantiated opinions mixing in with facts. This is evident in Dom’s piece “If Liberals knew these 5 Sharia laws, they’d be ‘Islamophobic’ too”. A writer can, with a few strokes of her pen, easily spread incorrect information. Correcting that information takes more work as it involves citing to references and providing analysis. Two books published this year can do what this short piece cannot: thoroughly answer each allegation against Islam.  Readers should pick up “EXTREMIST: A Response to Geert Wilders & Terrorists Everywhere” by Qasim Rashid and “Demystifying Islam: Tackling the Tough Questions” by Harris Zafar.

To begin, Sharia is routinely defined as “Islamic law”. It’s more than a law. It’s a way to live one’s life. This is why sharia’s literal definition is “the path to life-giving water”.

Sharia is formed by the Quran, prophet Muhammad’s practices (sunnah), his words (ahadith), and scholarly opinions (ijma). It covers ritual worship, transactions and contracts, behavior, beliefs, and punishment. If sunnah, ahadith, and/or ijma go against the Quran, then they are invalid. Unfortunately, in today’s world, Muslims do things that are contrary to Quranic teachings, which in turn leads to people having inaccurate views on Islam. Five major misconceptions, as presented by Dom, are addressed here.

The Quran mentions blasphemy several times. In each instance, no worldly punishment is prescribed. The Quran says, “And the servants of the Gracious God are those who walk on the earth in a dignified manner, and when the ignorant address them, they say, ‘Peace!’”​ (25:64). This shows that blasphemy is not punishable. After all, Muhammad was routinely insulted throughout his life.  Yet, he neither punished his oppressors nor sought vengeance later. Thus, today’s blasphemy laws have no place in Islam.

Apostasy is when one leaves their faith. In EXTREMIST, Rashid writes, “[T]he Qur’an repeatedly states that Muslims, including Prophet Muhammad, can only admonish non-Muslims regarding religious matters.  The Qur’an addresses disbelief more than 150 times, yet no human being is ever given authority to punish the disbeliever.” Indeed, the Quran seals the deal by declaring, “There is no compulsion in religion”. (2:256). Matters of belief only have standing in God’s jurisdiction.  (Quran, 4:138).

Dhimmi means “person under pact of protection”.  These are non-Muslims living in a Muslim state.  Dhimmis are exempt from military service and from paying the Islamic tax on unused wealth (zakat).  They also have a choice of legal system: their own courts or Islamic courts. Muhammad was adamant in protecting dhimmis and honoring their covenants.

Islam defines marriage as between men and women and forbids extra-marital sex. Yes, homosexuality is prohibited in Islam. However, no punishment is prescribed for homosexuals. As a result, Muslims killing homosexuals is unIslamic.

Islam was the first religion to grant women equal standing with men before God. Through Islam, women gained the rights to inherit, consent to marriage, divorce, own property, and vote. In Islam, domestic violence is not allowed. Thus, a religion that prohibits domestic violence also prohibits the ultimate domestic violence: murdering one’s spouse i.e. honor killings. Honor killings are ​barbaric cultural practices that sadly exist in all cultures. For example, domestic violence is the leading cause of injury to women in America, and 1,000 women are killed annually by their husbands or boyfriends. Murder is murder — and only ignorant people try to change it by calling it “honor killing.” There’s no honor in killing women and girls and the Qur’an 81:9-10 specifically condemns this barbaric practice. ​

Muslims cannot have sex slaves. The verse Dom alludes to is about who Muslims can marry. (Quran 4:24). This verse simply permits Muslims to marry their servants with mutual consent. This is a revolutionary notion as it shows that Muslims are equal and a master can marry his or her servant.

The horrific crime of rape does not require four witnesses and the victim is not to be punished. The four witnesses Dom mentions are required when alleging a person committed adultery. (Quran 24:4). If a person is convicted of adultery, then he/she is flogged, not killed. (Quran 24:2). It is only the Bible, not the Qur’an, that prescribes the death penalty for adultery.

​The death penalty for adultery is unIslamic and finds no validation in the Qur’an.​

In Islam, both parties must consent to the marriage. The popular notion that Muhammad married Aisha while she was a child is false. Here is a detailed repudiation of this myth.​

Historically, Aisha’s parents had all their children before 610 CE (pre-Islamic period). Aisha married Muhammad one year after the migration from Mecca to Medina, which was 624 CE. So, even if Aisha was born in 609 CE, she was around 14-15 years old at the time of marriage. ​This was a marriageable age centuries ago and remains a legal age today in many American ​states and countries.

​Some of today’s sharia courts do a great disservice to Islam.  With continued dialogue and education, we can wipe away the misinformation they have spread.

​Thus, I invite Dom to join us in our campaign for tolerance and understanding, and to condemn the narratives of extremists who practice such barbaric teachings. As the facts and Qur’an demonstrate, the barbaric teachings Dom discusses have nothing to do with Islam.​

Salaam Bhatti is a deputy spokesman for the Ahmadiyya Muslim Community, USA, and is an attorney in New York.

@Eric Gaby Eric I think you’ve misunderstood the author. He is not saying that “muslims are OK with homosexuality”, simply that no punishment is prescribed in the Quran. The abhorrent practice of ‘chai boys’ or ‘dancing boys’ in Afghanistan is well documented. It was also prevalent in nearby Central Asia in the last century. The point is though, that like the barbarity of female genital mutilation for example, this is a region specific cultural practice, and not endorsed in any way by the religion of Islam. And btw, Afghans are not Arabs. @Tom Brechlin “Just like Muslims, their view of… Read more »

The people who are causing Islamic peoples pain and trouble are the fanatics who sadly belong to all faiths.

And what really corks me is that the Islamic high clerics, the ones ruling this mess and who should know the Koran by heart are the ones who are the most strict in their interpretation of sharia and promulgate the harshness of the punishments for even relatively minor infractions. The words say one thing so watch the feet for the direction they move.

The version of Islam that you describe sounds great. The version that is actually practiced by most Islamic people seems to bear little resemblance to it. I do not fault Allah for the ghastly practices of people who claim them in his name. But I cannot be so naive as to think that Sharia, to them, means what they say it means. Peace to all, especially those whose hearts are roiled by crazy ideas of what their Gods expect of them.

Oh, so because the writer included the fact that muslims are OK with homosexuality, that makes them tolerant people? That makes them just plain misunderstood? You want to know why they don’t look down on homosexuality? I spent seven months in the heart of Helmand Province, Afghanistan, as a rifleman in the Marine Corps in 2011. Every Thursday the muslim men would take their “chai boys” and fuck them in the ass, because they believed on Thursdays Allah was resting and would not watch the Earth. They would have wives and children, and at the same time molest young boys,… Read more »

Mark, you said “In my mind they are not Muslims or Christians but just plain hateful ugly people.” and I agree. I find it scary that anyone in the US would remotely put Muslims here in the same category as the terrorist crowd. What does bother me though is that places like GMP and other liberal sites will not blink an eye to putting Christians on the hot seat and call them out because of some groups like Westboro. And God forbid you’re a Catholic. Every time there’s an article written about the so called Christian homophobe, I point out… Read more »

So, I have always understood Islam to be a religion of peace, and at least in these circumstances you have shown that this is true. So to me then based on my observation of practicing Muslims and what horrors they have readily engaged in the world today, that they are not practicing Sharia at all, and therefore I do not understand the vast majority of peaceful Muslims being stigmatized by these criminals. To be fair most Christians distanced themselves from Westboro baptist but the west has them too. In my mind they are not Muslims or Christians but just plain… Read more »

Muslim scholar gave his live to save a christian nieghbor also isis killing muslim too explain that .Muslim men women children dead no help from America left them to die explain salaam

Freedom of Religion? “Christians flee Mosul after ISIS ultimatum to convert or leave” ” ….. accommodation, a way to continue the quiet practice of their faith in the city that had been their home for more than 1,700 years.” “According to the International Society for Human Rights in Frankfurt, Germany, 80 percent of all acts of religious discrimination in the world today are directed against Christians.” Just so you understand, I have Muslim friends and I’ve had the privileged to learn from them. In fact I had a teen male client on my unit who is Muslim. I read up… Read more »

“Islam defines marriage as between men and women and forbids extra-marital sex. Yes, homosexuality is prohibited in Islam. However, no punishment is prescribed for homosexuals. As a result, Muslims killing homosexuals is unIslamic” Clarification is needed here. As with other denominations, a homosexual is not admonished but his/her behavior is. Islam is no different then many denominations in that the acts are viewed as sinful and wrong. Sadly, at least in this country, Christians are painted as being heartless homophobes even though, as you have pointed out, Islam mirrors the same views as Christians. Contrary to some Islamic nations, I… Read more »

Hell NO! Say what you want to defend Sharia but only a blind fool can avoid seeing what Sharia is about. Tell that to the women and girls who have been killed and brutalized because of your Sharia.

How about the United States, up until 2003? Sodomy was a crime here only a decade ago…

Yes, and years ago it was a felony and in 2003, there were only 14 states where is was still law. Supreme Court changed that. But as it stands now, 2014, there are Islamic nations who will still punish the act of sodomy. 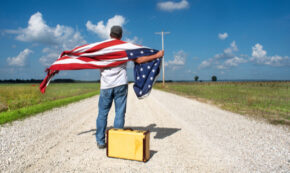 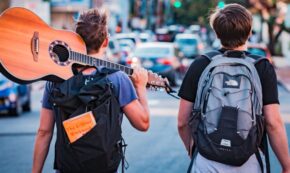 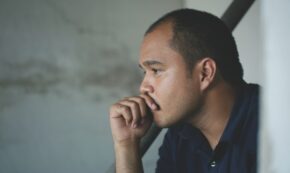 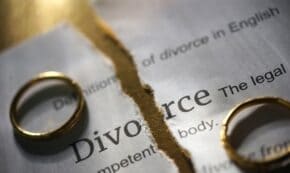 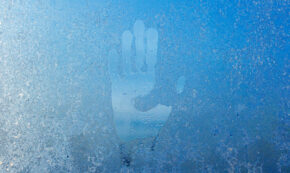 FacebookTweetPinEmailShares290
wpDiscuz
14
0
Would love your thoughts, please comment.x
()
x
| Reply
Share this ArticleLike this article? Email it to a friend!
Email sent!