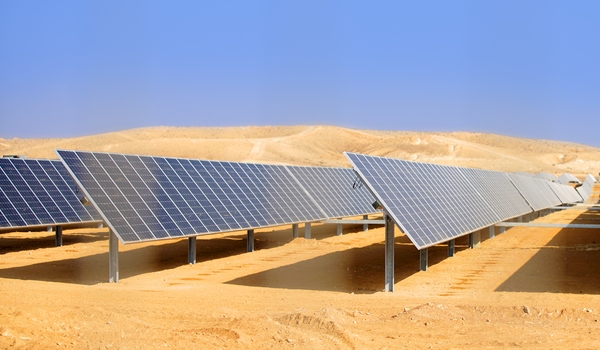 —
The world’s solar future continues to brighten, further and faster than seemed possible only a few years ago.

As the price of all types of solar technology goes on falling, it is becoming possible for large parts of the world to replace fossil fuels with cleaner and cheaper solar alternatives. A UN-backed report says much of Asia could meet all its electricity needs and ditch coal completely, by adopting solar power on a large scale.

After an initial drop of 2% in installations of solar equipment in the United States when President Donald Trump put a 30% tariff on overseas-manufactured solar panels, the market has picked up again and there are forecasts of a rapid growth rate this year.

The US Solar Energy Industries Association expects installations to rise by 25% in 2019 to a capacity of 13.3 gigawatts, about the output of 15 large coal-fired plants. This is more electricity than many smaller countries in Africa and Europe need to keep their lights on.

The boom in American solar power is due mainly to the continuous fall in the price of photo-voltaic panels, because of an over-supply in China. This has cancelled out the negative effect of Trump tariffs. States in the southern US, particularly Florida, are expecting to install large-scale solar farms this year that will produce electricity more cheaply than coal.

In China itself the solar boom continues. It has been strengthened by an innovation, a molten solar power plant in Dunhuang (in the north-western Gansu province, on the edge of the Gobi desert), costing three billion yuan (£345m/ $440m).

This uses 12,000 mirrors to concentrate the sun’s rays onto a tower containing molten salt which heats to a far greater temperature than water and creates steam to drive turbines and generate electricity.

The advantage of this concentrated solar power method over solar panels is that the heat can be stored in the salt and electricity produced in the evening when demand rises.

The 100 megawatt plant, enough to power a medium-sized city, can store energy for up to 15 hours, so it can work continuously and can re-charge itself when the sun comes up the following day. The Chinese engineers say the plant has already exceeded its design specifications.

The same technology is being used in Dubai, where an ambitious project, Noor Energy 1, will cover 44 square kilometres of desert. Costing $4.4 billion, it is the largest renewable energy project in the world, apart from hydropower, and combines both concentrated solar power and photo-voltaic technologies.

“The 1.5°C limit means a greatly reduced risk of drought and water stress in south and south-east Asia”

This combination is expected to produce 950 megawatts of power: it uses 550,000 tons of salt to store the heat. Again, the power output after sunset is expected to last for 15 hours. Dubai aims to generate 25% of its energy from solar power by 2030.

Although concentrated solar power plants take longer to construct and have a larger capital cost, the energy storage they provide makes them particularly attractive to desert states where the input from the sun is so reliable.

But the future for solar is bright over the whole of south and east Asia, according to a new report by Climate Analytics, which is supported by the United Nations. The study has seven country studies for India, Pakistan, Bangladesh, Thailand, Vietnam, Indonesia and the Philippines.

Climate Analytics researchers estimate that covering just 1.5% of the territory in each south and east Asian country with solar installations could satisfy their combined electricity consumption 13 times over.

Costs for renewables and energy storage technologies continue to fall: the average cost of renewables was often already in the same range as fossil fuels in 2016, even without accounting for external costs like health and the environmental impacts of fossil fuels. It has now fallen further.

However, for the world to limit warming to 1.5°C, these countries need to decarbonise their energy systems by 2050, and the power sector has a critical role to play.

“By decarbonising their energy systems, south and south-east Asian countries can make a fundamental difference in global efforts to limit warming to 1.5°C, in line with the Paris Agreement, and will reap large economic and sustainable development benefits by doing so,” said the report’s author, Bill Hare, Climate Analytics’ CEO.

Dr Fahad Saeed, climate scientist at Climate Analytics, said: “The 1.5°C limit means a greatly reduced risk of drought and water stress in south and south-east Asia, which would contribute to achieving zero hunger, good health and wellbeing, and clean water and sanitation.”

“It would also reduce the risk of flooding for large numbers of people living in coastal regions, as well as extreme heat that can otherwise reach intolerable levels for human health and labour productivity, particularly in densely populated cities in south Asia.” − Climate News Network

This post was previously published on Climate News Network and is republished here under a Creative Commons license CC BY-ND 4.0.
—
Photo credit: Istockphoto.com