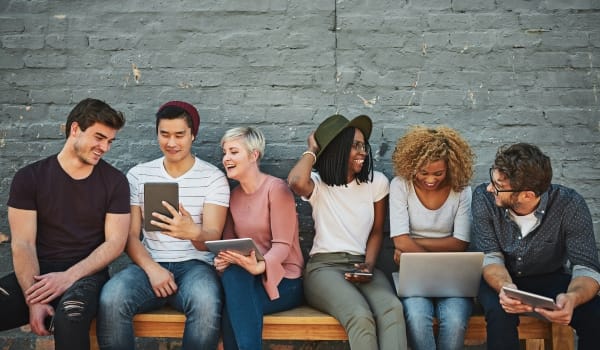 I’ve just read Lave and Wenger’s (1991) book Situated Learning on the recommendation of Isla Gershon. Like many books I’ve been reading this was radical in its time but reads in some ways to me today as common sense. It’s actually quite hard for me to reconstruct the world view in which this was seen as a dangerously radical departure.

The core of Lave and Wenger’s argument is that to understand learning we have to see the learner as a whole person in a web of relationships. They propose that a particularly fruitful lens for analysing these relationships is to see learning as “legitimate peripheral participation” in a “community of practice”. That is, that productive learning occurs when a learner is licensed to be a participant in a community, and through that participation they become more fully engaged in its practices. They use case studies from models of apprenticeship as their material.

Throughout they emphasise the importance of seeing identity construction as a core part of learning. That is, the path to fully engaged membership in the community of practice is one of co-constructing an identity of being part of that community of practice. The parallels with the way I’ve been thinking about knowledge clubs should be obvious.

Lave and Wenger deliberately use apprenticeships as their case study to avoid getting bogged down in the critical debates around schooling. They are aiming to build a general model and are concerned to remove their model building from the circular political and analytical debates that swirl around the value of traditionally institutionalised schools. However at one key point they pose a central question. What is the community of practice that is being reproduced in a school, in their example in a physics class? It is not the community of (professional academic) physicists but perhaps a (subcomponent of) the community of schooled adults. In turn this raises the question of the goals of learners and teachers. They return repeatedly to tensions between the goals of apprentices and masters but leave the more political question of what is a school for to the side.

This struck me in turn as paralleling a passage in Ravetz’s (1971) Scientific Knowledge and its Social Problems. Ravetz is arguing that the most reliable scientific facts are ones that have been transferred and abstracted across multiple communities. In particular he discusses the process by which scientific claims that arise in specific communities are transmuted into the ahistorical stories that are used in standardised school curricula. The key point I took away was that teaching was a remarkably productive site to test candidate “facts” for their comprehensibility and salience to new community members. That is, the production of knowledge occurs at the boundaries of communities and is highly productive when it engages legitimate peripheral participants.

What is interesting is the way in which Lave and Wenger’s lens suggests a way of dissecting how a community can most productively structure interactions so as to maximise not just learning (and therefore community growth) but also teaching as a tool of knowledge production and validation. Lave and Wenger emphasise criteria for effective learning, access to resources, access to participation and transparency. They also note throughout the problematics of power relationships that underpin what it is to be a peripheral participant.

The question of why the academy is an apprenticeship system and whether this is good or bad has long troubled me. Ravetz, by focussing on craft knowledge (and in a similar way Collins on tacit knowledge) naturally leads to an assumption an apprentice-like system. Seeing learning through the lens of legitimate peripheral participation, implies several ways in which apprenticeship-like systems can be highly productive. It also provides criteria for the qualities of communities that support such participation effectively. All of these lead to seeing the importance of appropriately tensioning inclusion and exclusion. What I wonder is whether the qualities of communities of practice that support productive learning as they see it, naturally generate the values of scholarly communities both in theory (eg Merton) and in practice? What forms of practice support knowledge production that is effectively refined through teaching, so as to be most accessible to learning?

This post was previously published on Cameronneylon.net and is republished here under a Creative Commons license CC BY-ND 1.0.