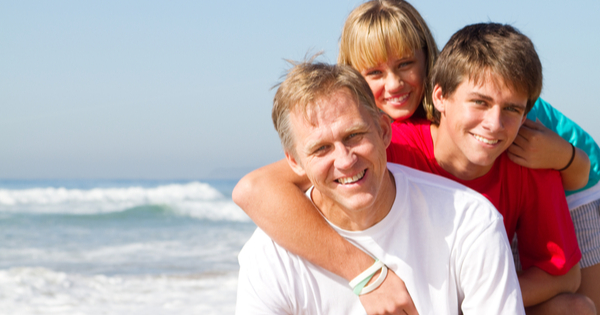 There was an internet uproar this past week when rapper T.I. said on a podcast that he takes his teenage daughter to the gynecologist every year to check if her hymen is “still intact.” There are a number of problems with this, quickly pointed out by just about everyone on Twitter, but T.I. is right about one thing: fathers do have a role to play in supporting their teens’ sexual health. It’s just not the role he’s playing.

I’m a researcher studying adolescent development and sexual health, with a particular focus on how teens and their families talk about dating, sex, and relationships. Our research team has studied whether and how fathers’ parenting behaviors relate to their children’s sexual risk behaviors. What we’ve found is that adolescents who perceived that their fathers would not approve of teen sex were more likely to make safer choices about sex as young adults.

In other words, if a father tells his teen he thinks they should wait until they are older and more emotionally mature before having sex, they are more likely as a young adult to use condoms, have fewer sexual partners, and take fewer sexual risks overall. This finding fits for both sons and daughters.

That doesn’t mean that forbidding teens from having sex or policing their sexuality (like T.I.) is a healthy or effective strategy for fathers. A better approach is for them to express care and concern for their teens’ health and safety. It’s important for fathers to initiate honest conversations about sex and relationships where they share their own values and listen to what their teens have to say. Keeping the lines of communication open goes a long way toward maintaining a healthy relationship and promoting other healthy relationships in teens’ lives.

If fathers don’t believe their teens are ready for sex, it’s important for them to let their teens know. Sharing values and expectations is important in any aspect of parenting. But building trust and respecting boundaries is just as significant—both for healthy parent-teen relationships and for teaching teens what healthy boundaries should look like in their relationships with others. T.I.’s behavior might break his daughter’s trust in her father and give her the idea that her future partners will have a right to police her sexuality, and that’s a dangerous impression to give a teenager.

Ultimately, teens are going to make their own decisions, whether parents agree with those decisions or not, so it’s important to equip them with the tools to make thoughtful choices that protect their health. As most parents have learned through experience, forbidding certain behaviors is rarely effective in the long run. I’m heartened by the fact that our research shows that fathers’ conversations with their teens can make a difference years later, when they’re young adults and out on their own. That makes it all the more important for fathers to promote a healthy view of sexuality.

Discussions about sexuality can throw fathers—and parents in general—for a loop, but they are a parenting process like any other. Fathers need to remember that their style of parenting can extend to the way they approach their teens’ sexuality; they don’t need to reinvent the wheel. As long as they respect boundaries—AHEM, T.I.—and listen as well as talk, they’ll be on the right track to support their teens’ sexual health.

Jennifer M. Grossman, Ph.D., is a senior research scientist at the Wellesley Centers for Women of Wellesley College. Her research is focused on adolescent development and sexual health, with particular emphasis on how teens and their families talk about dating, sex, and relationships. She recently published a paper on the role of fathers specifically.

Facebook22TweetPin2EmailShares24
wpDiscuz
0
0
Would love your thoughts, please comment.x
()
x
| Reply
Share this ArticleLike this article? Email it to a friend!
Email sent!