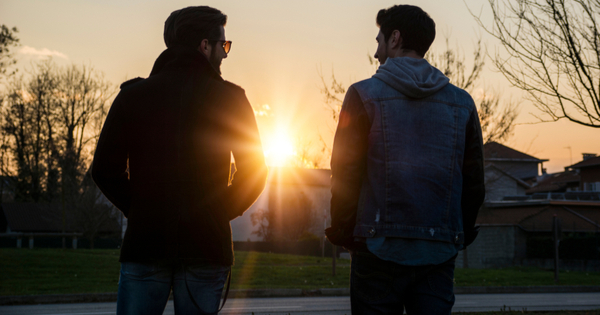 Recently, I had the honor of conducting an interview with author, filmmaker, scholar, and activist Jackson Katz, Ph.D., who is a major figure and thought leader in the growing global movement of men who are committed to promoting gender equality and preventing gender violence.

In our discussion, the always outspoken Katz spoke about his work, its intellectual underpinnings and the ideas put forth in the recently updated edition of his groundbreaking book The Macho Paradox: Why Some Men Hurt Women and How All Men Can Help.

According to Katz, the biggest paradox that men often face in their daily lives is that the very things that they do that they think make them look “macho” or strong in the eyes of the world (and to other men) are oftentimes the very things that make it difficult for them to create and maintain healthy relationships with others and most especially, with the people they profess to love and care about the most.

Below is the first installment of our enthralling four-part conversation concerning this paradox and other pressing issues facing men today.

JMA: Why do you think it is so important to make the problem of sexual violence personal for men?

JK: For a lot of men, making it personal makes it real in a way that’s not the case when you talk about it as a social problem or some similar abstraction. When it’s close to home it’s more likely to get their attention, and more importantly it increases their chances of taking action. Many of the men who are involved in rape prevention education and advocacy, on college campuses and in communities, report that they were first politicized about this issue when they learned that someone close to them was a rape survivor. In some cases, they themselves are survivors of sexual violence. It’s also important to make it personal for men because in many male peer cultures it takes courage for a man to speak out and challenge other men’s rape-supportive attitudes and behaviors. And when men have passion and commitment on this issue that is borne of personal tragedy and suffering, or proximity to it, it helps to fortify them against the pushback they often receive.

JMA: When it comes to men and sexual violence can you briefly explain the difference between guilt and responsibility?

JK: This is a critical distinction which many feminists and progressives had hoped would be obvious almost two decades into the 21st century. But it’s not, especially to the millions of young (mostly) white men who listen to conservative talk radio and podcasts, watch Jordan Peterson videos on YouTube or watch Fox News, and hear repeatedly the old staple of right-wing propaganda, that one of the driving forces behind liberal politics is guilt — whites feeling guilty for being white, men feeling guilty for being men, etc. In my talks, I often make this point explicitly and emphatically: I don’t feel guilty for being white, or a man, or for the fact that I’m heterosexual. That’s silly. It’s who I am and I make no apologies. I do, however, feel responsible, as a straight white man, to use whatever platform I have to advocate for racial, gender and sexual justice and fairness. As a man living in a society and world with appallingly high rates of men perpetrating sexual violence against women, children and other men, I have a responsibility to confront that. Otherwise, my silence is complicity.

JMA: What advice would you give a man who sees and understands how serious the problem of men and sexual violence is but lacks the courage or fortitude to speak out against it?

JK: First, it is to find friends — of all genders — who are supportive and willing to talk through some of his concerns and apprehensions. Then at some point I would urge him to seek out other men who are struggling with this very same dilemma, either where he lives, or, if that’s not possible, connect online to communities of men working to end sexual violence. I would advise him to read articles and books written by men (and others) about this topic – there are many — especially those with an intersectional understanding of gender, ethnicity and race, and watch videos on YouTube and elsewhere of other men speaking out. There is strength, safety, and solidarity in numbers. And unlike a few decades ago, when there were only a small handful of men doing this work, today there are many. Not nearly enough, but many more than ever.

JMA: Why are you so highly critical of the concept of “rugged individualism” in American culture?

JK: There has always been a struggle between individualism and community in the American project. Alexis De Tocqueville wrote about it in the 19th century. I think we need both, but the ideology of rugged individualism is not just individualism in the sense that it’s important to affirm and protect individual rights. It’s a hyper masculinist ideology that I believe has done enormous damage to men’s emotional, physical and sexual health, as well as to those around them – not to mention the environment. Rugged individualism is in many ways a myth: we’re all interconnected and interdependent parts of a fragile global ecosphere. The idea, in essence, is that a “real man” can and should make it on his own, that connection and intimacy are soft and feminine, and that relationships signify dependence and are therefore signs of weakness, unless they’re merely transactional. This is a recipe, ultimately, for dysfunction, loneliness, depression – and environmental catastrophe.

To learn more about Jackson Katz, his book The Macho Paradox: Why Some Men Hurt Women and How All Men Can Help, his new film The Bystander Moment: Transforming Rape Culture at its Roots and his other work please visit his website at www.jacksonkatz.com.

Facebook103Tweet1Pin1EmailShares105
wpDiscuz
0
0
Would love your thoughts, please comment.x
()
x
| Reply
Share this ArticleLike this article? Email it to a friend!
Email sent!