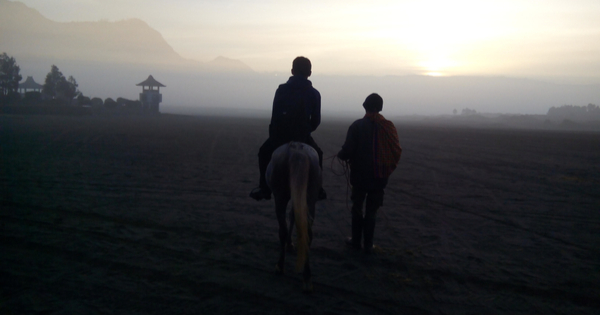 Jackson Katz, Ph.D. is an educator, author, activist, and social theorist who has long been a major figure and thought leader in the growing global movement of men committed to promoting gender equality and preventing gender violence. I consider him one of my intellectual heroes and recently I had the pleasure of interviewing him about his work and its intellectual underpinnings and the recently released updated edition of his groundbreaking book about men taking the lead in stopping and preventing sexual violence, The Macho Paradox: Why Some Men Hurt Women and How All Men Can Help.

According to Katz, the biggest paradox that men often face in their daily lives is that the things that they do and say that make them look “macho” or strong in the eyes of the world and to other men are actually oftentimes the things that make them emotionally and psychologically weak to the point that it makes it difficult for them to create and maintain healthy relationships with the ones they profess to love. We talk about this and other issues in the fourth and final part of our conversation below.

JMA: What are some of the positive steps, which you lay out in the book, that men can take in their everyday lives to begin to confront the issue of men and sexual violence?

JK: They can ask women close to them about their experiences, for example how their awareness and fear about being sexually assaulted by men affects their daily lives. They can ask other men, and gender non-binary folks. Of course, they need to ask gently and not push anyone to disclose anything they’re uncomfortable discussing. They can read about the subject, watch videos. If they’re in school they can take classes taught by feminist professors in a range of disciplines whose insights touch on issues of gender, sex and violence: sociology, anthropology, philosophy, literature, geography, psychology, etc., as well as gender and sexuality studies. There is so much brilliant analysis and research, as well as quality journalism available today about sexual assault in its many manifestations.

JMA: How big of an effect or influence do you feel Donald Trump, with his open and blatant sexism and misogyny, has had upon the American male culture since he has been president?

JK: Donald Trump’s presidency has in many ways been a giant step backward on the road to gender and sexual justice and equality, and it’s certainly set back the movements against sexual and domestic violence. I wrote a book about how the presidency, historically and to the present day, is an incredibly masculine institution, and as a result presidential campaigns – especially over the past fifty years — are in effect contests of meanings about “manhood.” How the president acts has enormous influence – positive or negative, on both policy and social norms, especially about what it means to be a “real man.”

On all counts, the petulant, immature, narcissistic Trump has presided over an enormous backsliding in terms of what is or should be acceptable behavior by men – in this case, the most prominent and powerful man in the world. I believe his election demonstrated that despite decades of modern feminism and its attempts to raise the bar for how men believe and behave, tens of millions of (white) men and women have very low opinions about and expectations of men.  2016 was the ultimate validation of the retrograde idea that “boys will be boys.” Many of Trump’s supporters say it outright: I know he’s boorish and a bully, and I don’t like how he talks about women. But get over it. It’s just how men are. You need to look past some of his personal shortcomings and focus on all the good things he’s doing. But Trump’s presidency has also catalyzed a feminist awakening and revitalization of social activism and participatory democracy – on the part of women and people of color primarily, but also, to a lesser extent, of white men. Let’s hope that’s one of the major legacies of this disgraceful presidency and this otherwise disastrous chapter in American history.

JMA: What effect do you think the #MeToo movement has had upon men in this country and how do you think men in our society should be responding to this movement?

JK: It’s important to remember that while #MeToo has given women (and others) a voice, the fact is there wouldn’t be a #MeToo movement if millions of men hadn’t abused women. The strength, depth, and worldwide scope of the movement is a testament to how much work we have yet to do globally to create more gender-equitable systems and societies, and to raise healthier boys and young men. That said, I understand that many men feel apprehensive and unsettled about how fast norms seem to be changing around gender, sex, and interactions between the genders, in people’s personal lives but especially in the workplace. There is understandable anxiety about where and when new norms are being applied retroactively. We can’t simply wave away those sorts of concerns.

But for men with the integrity and self-confidence to be introspective, #MeToo is also a wake-up call. I realize that many men are caught in a defensive and reactive posture.  Many young men, in particular, feel personally and unfairly blamed for the fact that men have been abusing women for centuries, millennia. I get that. But as men we have a couple of basic choices. We can hunker down in a defensive crouch and lash out at the women who we think are unfairly maligning us. Or we can join those women — and other men — and fight against sexual and domestic violence, and the multitude of social ills they help to perpetuate. In that way we can change the narrative by actively refuting the caricature of men as callous and indifferent to the needs of others, or as sexist abusers, and in the process help to change women’s and men’s lives for the better.

The newly revised and updated version of The Macho Paradox: Why Some Men Hurt Women and How All Men Can Help is now available at Amazon.com and at Barnes and Noble.com