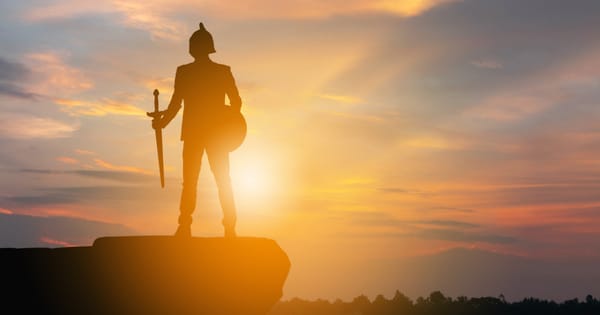 Jackson Katz, Ph.D. is an educator, author, activist, and social theorist who has long been a major figure and thought leader in the growing global movement of men committed to promoting gender equality and preventing gender violence. I consider him one of my intellectual heroes and recently I had the pleasure of interviewing him about his work and its intellectual underpinnings and the recently released updated edition of his groundbreaking book about men taking the lead in stopping and preventing sexual violence, The Macho Paradox: Why Some Men Hurt Women and How All Men Can Help.

According to Katz, the biggest paradox that men often face in their daily lives is that the things that they do and say that make them look “macho” or strong in the eyes of the world and to other men are actually often times the things that make them emotionally and psychologically weak to the point that it makes it difficult for them to create and maintain healthy relationships with the ones they profess to love. We talk about this and other issues in the third part of our conversation below.

JMA: What was your take on the Jeffrey Epstein case and the way it relates to a broader picture of manhood in our society?

JK: Epstein’s object of sexual attraction and exploitation was teenage girls. Apparently, hundreds of them over many years. His behavior was criminal, and his death in a jail cell most likely allowed him to escape accountability for much more abusive behavior than he ever had to answer for in his life. It’s tempting to see him as a radical deviant, but it’s more instructive to see him as a man whose sexual exploitation of girls and young women places him at one end of a continuum of heterosexual men’s attitudes and behaviors. He wasn’t abnormal as much as hyper normal in the way that he sexualized young girls. His very normalness – and of course the trappings of wealth and luxury surrounding him – provided a cloak of “legitimacy” for the sexist exploitation he and others engaged in.

JMA: Why do you think defensiveness is one of the greatest obstacles to men’s involvement in meaningful discussions about gender violence?

JK: When someone is feeling defensive, they’re much less open to examining their beliefs and behaviors. They’re too busy defending themselves, and their good intentions, to engage in critical self-reflection. But critical self-reflection is an important part of men’s work around issues of sexism, in the same way that it’s crucial for whites doing anti-racist work, heterosexuals working against heterosexism, etc. Too many men hear women’s pain and anger around issues of sexual and domestic violence and react defensively, asserting that they’re “good guys,” or that #NotAllMen are rapists and abusers.

Then the women either get angrier, and the men more defensive, or the women start doing what so many women in patriarchal cultures are trained to do, which is to take care of men’s feelings. And so, the radical potential of the moment passes. Much of my work as an educator has been devoted to developing pedagogical strategies that acknowledge men’s defensiveness but nonetheless navigate around and through it.

JMA: One of the central themes of this book and your work is that male sexual violence is not a women’s issue, like society tells us it is, but in fact a men’s issue that is caused by men and needs to be dealt with and fixed by men. How hard do you think it is going to be to change society’s way of thinking on this issue?

JK: I think it’s important to recognize that sexual and domestic violence are “women’s issues” in the sense that women are directly and profoundly affected by them. But calling them a “women’s issue” allows men to evade responsibility and accountability for committing the violence in the first place. In order to prevent violence, and not just continually respond after the fact, we have to shift the paradigm and shine light on the perpetrators and the male-dominant culture that produced them. I have no illusions about the magnitude of this task. It’s about shifting responsibility for alleviating injustice off of the disadvantaged group and putting it back onto the group that has more power. On issues of racial, gender and sexual inequality this is much easier to do in theory than in practice. It’s so much easier to blame victims for what happens to them than to blame perpetrators. One way to make the shift happen is to describe working toward justice, fairness and equality as a leadership imperative, and assessing the fitness of leaders in part on how well they handle this.

JMA: What was your motivation to create your widely used and influential gender violence prevention program Mentors in Violence Prevention (MVP) and what is its ongoing mission?

JK: It was the early 1990s, and I wanted to figure out how to get more men to stand up and speak out against men’s violence against women, children and other men. Multiracial, multiethnic women’s leadership was at the forefront of the anti-rape and anti-domestic violence movements, and still is, and what they have been able to accomplish has been remarkable, world changing. But I knew men could and should be doing more. Much more.

Prevention education in this field was pretty underdeveloped in the 1970s and 1980s, especially in the ways it dealt with educating men. There was a lot of finger-wagging, refutation of rape and battering myths, warnings about the law and definitions of consent. It was all important information, but I knew that effective work with men entailed more than simply providing them with accurate information. I chose to work initially in the college male sports culture because I was hoping to utilize the leadership of young men who already had more status in the broader campus community, as well as enhanced credibility with adolescent males, and thus the potential to have a big impact.

The MVP model quickly expanded to include women student-athletes as leaders and mentors. But the goal all along was to use the sports culture as a catalyst for working everywhere else – with college and high school students outside of athletics, in the military, the community, in all sorts of workplaces. The ongoing mission of MVP in all of its iterations in and outside of sports culture is to change social and gender norms in peer cultures that provide active or tacit support for abusive behaviors, and to train young men, women and people who identify outside the binary to be leaders in this effort, as well as adults in positions of educational, social, religious, private sector, and political leadership.

JMA: What is the basis for your optimistic statement, which you state more than once in The Macho Paradox, that there are potentially millions of men ready to come forward to combat male sexual violence if they are approached in the right manner about the subject?

JK: There is voluminous data – before but especially since #MeToo — which suggest that many men, in the U.S. and around the world, realize that sexual assault and domestic violence are really big and pervasive problems. Clearly, many men are uncomfortable with the sexist abuse perpetrated by their fellow men. My colleagues and I hear this all the time from men across the ethnic, racial and class spectrum in workshops, trainings, and other settings. But there’s an important difference between feeling uncomfortable and doing something about it. Part of the reason why so few men actually step forward to take on these problems is that it’s often awkward and difficult to do so, and there might be negative consequences in terms of their relationships with family members, friends, classmates, co-workers and others in their peer cultures.

John Michael Antonio is a freelance writer and photographer who has been married to the love of his life, his wife, for thirty plus years and is a father of three wonderful children. He counts himself a proud Feminist and is a columnist at Feminine Collective.com. You can find and follow him on Twitter and on his blog, The World of John Michael Antonio.

END_OF_DOCUMENT_TOKEN_TO_BE_REPLACED

Facebook6Tweet1PinEmailShares7
wpDiscuz
Share this ArticleLike this article? Email it to a friend!
Email sent!