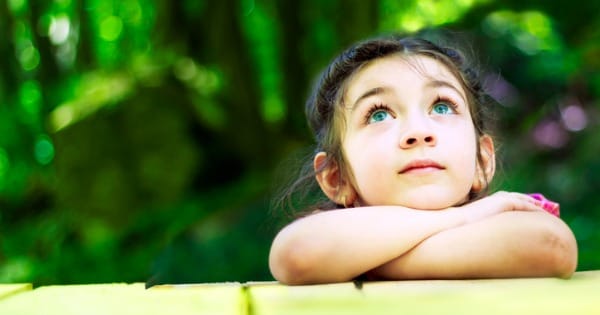 She’s lost half her hearing since the last time she was tested,” the doctor told me.

“About six months ago.” 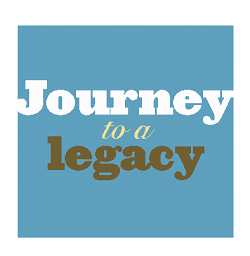 I looked at my daughter, who at this point curled up into the doctor’s chair and hid her face with her long black hair. “What happens after she loses her hearing?” I asked.

“She might be eligible for a cochlear implant, but in one ear only. I’ve never seen someone lose so much hearing in so little time, though. I couldn’t see into her ear that well, so maybe there’s fluid that’s causing the hearing loss. I’ll prescribe some antibiotics, just in case.” With that, the doctor left the room.

Over the past few months, my wife and I had noticed that my daughter’s hearing seemed to be going. We kept having to raise our voices and repeat ourselves just so she could hear us. We would talk to her from another room, expecting a response, only to get silence in return. When one of us would go looking for her, she would be playing with her dolls, unaware that we’d been yelling her name.

The volume on our television increased from level 30 all the way to 50, which is the maximum. And at nighttime, when I would tuck her in, I had to press my lips to her ears so she could hear the words, “I love you and goodnight.”

I looked at my daughter in the doctor’s chair. Her birthday was the following week, and she’d be turning 9 years old. She raised her head and said, “Why do I always get bad news every time I come here? Now I’m never going to hear birds sing or anything like that.”

Tears started to well up in my eyes and hers.

I crouched down. “If you were going to lose your hearing, what is the one thing you would want to hear?”

Without hesitation, she said, “Opera. I want to hear the opera.”

Out of all the things in the world she could have said, that was the last thing I expected.

“Okay. Tomorrow I’m going to buy us some tickets to the opera.”

I hugged and squeezed her little body.

The doctor returned with the prescription. “I’d like her to come back next month for another hearing test to see if it’s fluid in her ear that’s causing the hearing loss.”

I took the prescription, knowing that it wasn’t fluid causing my daughter’s loss of hearing. The culprit is a genetic disorder called Stickler’s Syndrome, a condition caused by a mutation in the genes that restricts the formation of collagen, which keeps connective tissues from developing in areas such as the eyes, bones, and ears.

Since birth, my daughter has worn hearing aids, but my wife and I assumed she wouldn’t lose her hearing until later in life. Call it wishful thinking (or foolish optimism), but I had hoped that the day when my daughter could no longer hear our voices would never come.

I wanted to cry. I honestly thought, there in that doctor’s office, I was going to lose it and have an emotional breakdown, but I couldn’t. My daughter was depending on me. She was looking to me for reassurance and comfort.

How does a parent accept and comfort their child when they receive a dire diagnosis, knowing full well that outside of a miracle, the inevitable would come?

My daughter was born this way. This is her life at age 9 years old. She’s already had multiple surgeries on her eyes and ears. She didn’t decide to have hearing and vision loss. She didn’t want to be born with the physical deficits that she has lived with day in and day out.

The only thing I could think of was, “We are fighters.” My family and I have faith in One bigger than us. We believe that this one episode in my daughter’s life is part of a bigger journey that we — not she alone — will endure, and I told her as much.

Comforting a child who knows that they are on a one-way road to complete hearing loss is painful. Seeing your child cry with heavy sobs, knowing as a father there’s nothing you can do, is beyond heartbreaking.

As we headed home, my daughter asked that she share with her mother and sister the news of her impending hearing loss. Tears were shed.

Later that night, I put her and her older sister to bed. A few minutes later, I heard rustling from their room and went in to find my oldest daughter hugging the little one.
“What’s wrong?” I asked.

“She had a bad dream,” my eldest responded.

“I had a dream that you and mom were talking and I couldn’t hear you,” the youngest said. “I don’t want to go deaf. I want to hear.”

Thankfully, the light was off as bit my lip and tears started to fall. This time, I hid my face in her hair. I kissed her, knowing that there is a limited amount of time before our voices go into the dark, not to return. As I shut the bedroom door, I prayed, “Please, God, give us one more day. Don’t let our voices disappear.”

The next day, I went to the Dorothy Chandler Pavilion and bought tickets to Plácido Domingo’s upcoming opera, “El Gato Montés.”

With the opera a few months away, I emailed guest services with two requests: adaptive devices to help my daughter hear and the opportunity for her to meet and take photos with the cast. A week later, they responded in the affirmative–both, adaptive devices and backstage access, awaited her at the performance.

My only hope is that my daughter’s hearing lasts that long so she can hear the music and voices that will bring so much joy and light to her life.

A version of this post was previously published at Fatherly.com and is republished here with permission from the author.
—