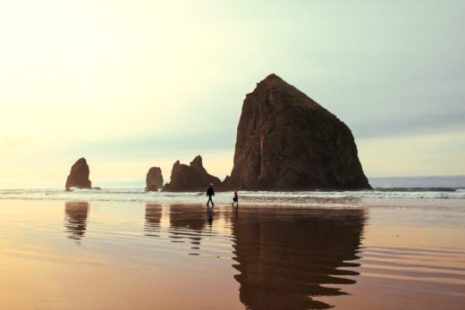 My Dad was a very loving and caring man. When my brother and I were kids, I remember that he often held more than one job to make ends meet. Education was very important to him, so much so that he spent most weekend nights working at the Bingo Palace to offset the price of tuition for my brother and me to attend Catholic school. When I was in high school, I would join him to “do my part” and I really didn’t like it very much. I couldn’t believe how much time he spent there and I was too young to comprehend the sacrifices he made for my education. This is just one topic I wish I would have discussed with him before he died, but that’s a story for another time.

Perhaps it seems like I shouldn’t consider his actions to be anything other than a father’s responsibility to his children. However, my brother and I are not his children, at least not biologically. My Dad taught me that love is a choice, not an obligation. He chose to be my Dad and he wanted me to be his daughter. He was the one who took care of me when I was sick, helped me with my homework, made breakfast on Sunday mornings; things that Dads do with their kids.

Even though I knew my biological father, our relationship wasn’t very good. It’s difficult to form a bond with your father when you only spend time with him every other weekend. It’s almost impossible when it seems like your father isn’t interested in anything more than a trip to a department store for new clothes, followed by a meal at a restaurant, ending with a hug at Grandma’s house before he disappears for the weekend. I struggled to find my role in my biological father’s life, especially when he remarried and had three older stepchildren and one younger child. (I could write a whole article about how I earned the nickname “Queenie” from my stepmother, perhaps another time.) I’m not sharing this information for sympathy or solicitations for therapy (been there, still doing that), but to acknowledge how very different my life would have been, were it not for my Dad.

I am aware that my Dad wasn’t perfect, he definitely had faults, he was human after all. Unfortunately, I wasn’t able to truly process the positive impact he had on my life until after he died. The tragedy of that fact still haunts me four years after his death and probably always will. I wasn’t an ungrateful daughter and I know I showed him appreciation and love when he was alive. Still, there were times in my adult life when disagreements advanced to distance and silence. However, he and I were able to make peace and say the words we needed to say, years before his life ended. After being diagnosed with untreatable cancer, he faced death with a strength and acceptance that left me in awe of his fortitude once again.

My biological father forfeited his parental rights in exchange for discharging his child support debt, both retroactive and future payments. I was legally adopted by my Dad when I was 12-years-old. The legal piece of paper only cemented a connection that began many years earlier and remains intact, regardless of his death. He lives on in my memory, and the memories of others who love him. Part of his legacy is that his daughter strives to live a life that would make him proud.

Photo by Holly Mandarich on Unsplash 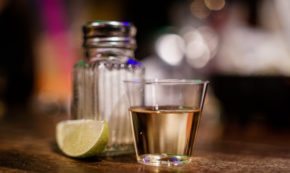 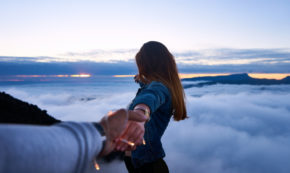 Facebook35Tweet3PinEmailShares38
wpDiscuz
Share this ArticleLike this article? Email it to a friend!
Email sent!