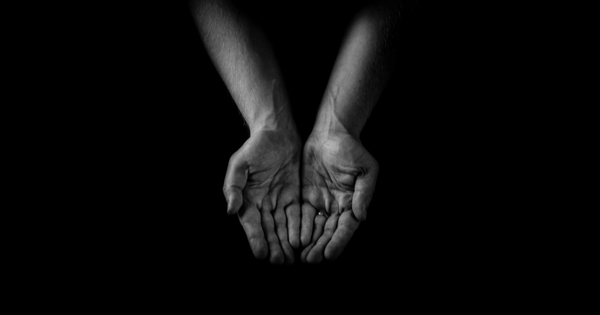 Empathy and compassion seem to be buzz words in 2019. It seems as if having these qualities are held as the moral bastion of good people in the western world.

“Where is the compassion?”

In my eyes, the testament to a good society is how well they treat the people that don’t matter to them. It’s true though, our society has a lot of empathy, giving, selflessness, and enough good people in it to make this rock a lot easier to live on.

My last place of work involved a lot of empathy and compassion; we were hired under the impression that we had crawled out of the muck ourselves and can stand as a guiding light to those that were just starting their journeys or were in the middle of it. My specialty was Mental Health because I had been through some terrible situations and lived to tell the tale afterward. I had been through the hurricane and survived to tell the story.

Compassion and Empathy can often seem like taking the soft route; in my mind it sounds like a softly softly approach to the more challenging aspects of life. Sometimes people need an ear, occasionally someone needs a hug, or at the very least a person needs to know that someone cares about them. Dishing this out in plentiful amounts is the good part. I like raising someone’s confidence to soaring amounts.

But there is a darker side to compassion and empathy that isn’t talked about, and I only first came across it when I entered into working with people with mental health problems. I think anyone in the care sector will have encountered this aspect. It’s about challenging other people’s stances in the world. It’s about not letting them make excuses or pass the blame onto others, it’s about challenging decisions and actions without being too much of a dickhead about it — that’s empathy too.

Think of it this way. If your son or daughter went out one night with their friends, and when they came back were sick all over the carpet and sofa. You would challenge them for this, right? It’s exactly the same in the care sector — it’s not all about being nicey-nicey; boundaries and rules have to be adhered to, and if someone steps out of line these places have entire teams for disciplinary action.

You see, a good part of having compassion for people is teaching them where the line is in your relationship. If they try and step over it then you have to pull them back gently before they go too far, and sometimes that can be just asking them to stop whatever it is that they’re doing; it may feel uncomfortable for both of you but that’s helping maintain a respectful and healthy relationship between you.

You see it in most of the sectors where people are working in a position of trust with another. Teachers are a good example — most teachers won’t punish their students because they are mean spirited and don’t care; it’s actually because they do care that they do these things — those memories of having to sit in the cooler room for an eternity after wrongdoing can last a lifetime for some, and they would be less hasty to do the same thing twice.

If teachers didn’t care then they would let the kids do what they wanted; as long as they are in their class and learning the bare minimum then all is well, right? You always know when someone just doesn’t care about something — it’s not anger or worry you need to look for, it’s indifference. The shrug of the shoulder; that’s the true look of someone with no compassion for something.

But then I really don’t believe compassion and empathy are the only qualities that make a community great. It takes all sorts; even those that couldn’t give a shit about anyone apart from themselves may have an invaluable skill that contributes to the greater good anyhow. There are people that take pride in, and do that well — whereas others will be playing the financial markets with the sole goal of gaining as much as they can, or people only interested in supporting their families and no-one else. That doesn’t make them bad, only that their goals are aligned differently. Communities take all sorts of people, and that’s what diversity is all about.

On the flip side of the coin, having lots of empathy and compassion can leave you very open to manipulation. You could be tricked very easily into playing someone’s game that you might not necessarily know that you are playing. And knowing what people are like there will be a great many waiting to pounce on that if you don’t build up the necessary barriers to protect yourself.

All in all, empathy and compassion are great — but it’s not all about comforting people, and it will leave you highly susceptible to manipulation. So, keep your guard up! And most importantly,