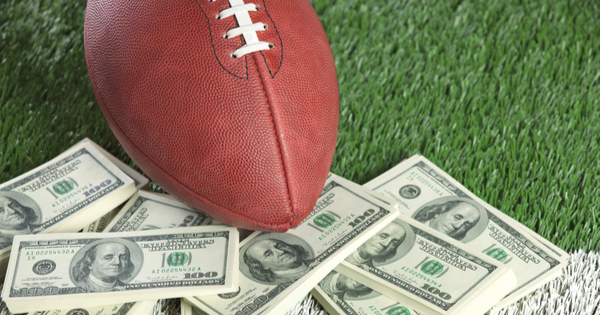 I’m a football baby,
Rolling round the field.
I’ve been passed and fumbled,
Till I don’t know what I feel.

I received this email from a reader of the column the other day.  Here’s the letter that was sent to me, and my response.

For your next article in The Good Men Project, I suggest you write about the NFL owners and their proposal to a) add one game to the schedule (from 16 to 17) and b) increase the number of teams qualifying for the playoffs, which also reduces the number of teams receiving a first-round bye from 4 to 2.

Please call the piece, ‘The Immorality of Greed’. The fact that the league now knows as much as it does about the long-term health risks that playing does to players, it is truly and simply immoral that they should advocate lengthening the season and inflicting more harm on their workforce.  The argument that preseason games will be reduced from 4 to 3 to compensate does not hold water. Star players sit out large portions of preseason games. Star players do not sit out meaningful regular season games, which week 17 is very likely to be (particularly with the expanded playoff field).

If anything, the NFL season should be made shorter, not longer. The addition of 2 more playoff teams (who stand virtually no chance of reaching the Super Bowl) and the reduction of the available bye weeks adds to the number of tackles/hits players are subjected to.  And all for more money from television. The immorality of greed. I can think of no other circumstance in which business owners have been clearly informed through emerging evidence of workplace risks, and given the evidence, compel workers to be subjected to higher levels of risk.

Thank you for your email and for your suggestion.  In fact, thank you for writing the first part of this week’s column, as I am using your words as the introduction.

In my opinion, you are correct in making this charge regarding the NFL.  And while I know from quick research that league and television execs and many others in support of adding a game to the season and expanding the playoffs have reasons purportedly not just about revenue generation, it’s hard not to be cynical.

Let me count the ways.

To start, the refrain heard most from the NFL in these sort of cash grabs is that “it’s about the fans!”  The idea is they are giving ticket holders and television viewers more chances to watch their favorite teams play.  And by widening the playoff field, they are adding to the excitement of being a fan, giving them an even greater rooting interest, no matter if their team’s record is middling or worse, as a season nears a close.

There is also the notion that lowering the playoff bar, so to speak, will stop many inferior teams from “tanking.”  This is the practice of teams more or less losing games on purpose (by cutting or trading players) once a season has crashed and burned, in order to have a higher position in the next year’s draft to hopefully select players better than the ones they drafted previously and jettisoned.

I’m not saying all the above is not true, and will not happen.  I’m sure many fans will enjoy watching an extra game, and many will be thrilled if their team makes the playoffs, no matter how small the chances are for them to advance.   And no doubt some organizations will think twice about gutting a roster mid-season if they think they can scratch their way into the postseason.

But I say so what.  In my opinion, these “positive” results are just byproducts of a “negative” promotion, akin to the short-term enjoyment experienced back in the day by regular McDonald’s customers who consistently “supersized” their meals, happy to get a boatload of fries, a trough of soda, but potentially paying the price later by experiencing obesity, diabetes and other health problems related to the over-consumption of fast food.

In the case of the NFL, if they also “supersize” the season, it is the players, as you mention in your missive, who will pay the price.  Yes, many will argue they are paid handsomely for their efforts on the gridiron, making salaries far exceeding what normal working folks receive.  And more revenue made by the league, by teams, means even higher wages for the players.  Right?  Maybe.  But again, I say so what?

Or better yet, at what cost?

Here’s an analogy. Say I own a gold mine.  My miners have been pulling out a decent amount of the precious metal over the years, making me extremely wealthy.  Being a decent-enough boss, I pay them a good wage, more than most miners make, but it is nothing in relation to what I haul in as the owner. The only drawback is that my miners tend to have health problems as a result of the work, such as cancer of the trachea, bronchus, lung, stomach, and liver, increased frequency of pulmonary tuberculosis, silicosis, and pleural diseases, to name just a few maladies. The fact-of-the-matter is that working in my gold mine most likely will make them sick and/or significantly reduce their life expectancy.

Still, fans of gold love gold, and they don’t mind paying top dollar for it. In fact, they can’t seem to get enough. The demand is great, and I know that if I extend the hours my miner’s work, have them dig deeper each day, I can pull out more gold, make more money, and pay my miners more. Heck, I can give them additional perks like better health care insurance, which, I guess, they’ll need, given that they’ll be exposing themselves to more risks by working more hours.

But it’s worth it, right?

No, it’s not. It is never worth making money at the cost of health and well being. t’s indisputable that playing football, especially the way it is played in the NFL, is a dangerous undertaking.  Rules and regulations have been put in place over the years to help make the game safer, and that is good.  But there remains considerable health risks for anyone taking the field. Choosing to add to this risk, no matter the reward, is not right. It is greedy. And as you say in your letter, it is immoral.

I wonder what he would think about the NFL’s proposal?

Facebook17Tweet3PinEmail1Shares21
wpDiscuz
Share this ArticleLike this article? Email it to a friend!
Email sent!