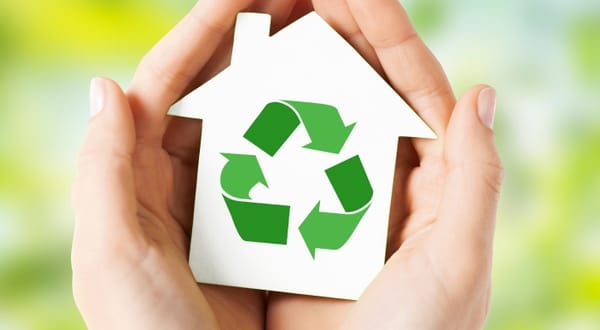 —
A long list of Amazon employees – 5,237 and rising – publicly sign an open letter addressed to Jeff Bezos and his board of directors, calling for the development of a corporate environmental action plan that incorporates the fight against climate change. The document, which includes a recommended list of bibliographical references, states that “Amazon has the resources and the scale to awaken the imagination of the world and redefine what is possible and necessary to carry out to face the climate crisis”, and qualifies the moment as a historic opportunity for Amazon to align with its employees and signal to the world that it is prepared to be a leader in this field.

The document is a very unusual display of activism in a company usually characterized by discretion, and is a measure of pressure that encourages the company to launch a series of urgent decarbonization measures, such as the use of renewable energies, not simply remain in the aim of reducing emissions that with the strong growth of the company actually imply increases, the interruption of collaboration with hydrocarbon extraction companies, or avoiding donations to campaigns of politicians who do not support the fight against climate change.

Also, try to severely separate greenwashing stocksof the realities, putting in context some of the initiatives previously publicized by the company as supposed achievements: the goal of deploying fifty installations of generation of solar energy in warehouses of the company in 2020 affects, in reality, only 6% of the corporate buildings of the company, and represents a tiny reduction in its total carbon footprint, and the recent acquisition of 20,000 diesel delivery vans implies that their impact will have to be balanced by acquiring emission credits. The policy of Shipment Zero, announced as an achievement by Amazon, does not commit, in reality, to reduce emissions compared to current levels, because given the growth rate of the company’s activities,

Other relevant companies, such as Apple, are also advancing goals in this regard: both their own facilities and their stores are already 100% powered by renewable energy (that means acquiring enough energy from sustainable sources to balance their total consumption), and its products include an increasing percentage of recycled aluminum and plastic materials. But in reality, the company’s facilities account for only 26% of its total carbon footprint. To act on the remaining 74%, which originates from its suppliers, the company has already put pressure on 44 of them, including the most representative ones, Foxconn and TSMC so that they can also produce with renewable energies.. Apple has defined climate change as one of the most important threats to its activity, and Tim Cook has even told its shareholders that if they are climate change deniers, they are not willing to take the company’s initiatives seriously or go to question the investments made in this sense, they should sell their shares.

The awareness of the reality of climate change is growing more and more, it is becoming the most important element of corporate social responsibility, and we are going to find movements of this type in more and more companies. Having a corporate environmental action plan is an increasingly fundamental need. This is no longer simply marketing, it is something much more important, and requires managers prepared to understand it properly, give it the relevance it really has, and make appropriate decisions in that regard. Providing correct and objective information that counteracts the years of disinformation generated by the hydrocarbon companies is increasingly important,

Do not have any doubt in this regard: the scientific consensus is total, the list of scientific organizations worldwide that states that climate change is a reality and that has been caused by the action of man is endless, and the denialists are, increasingly, qualified as irresponsible magicians who cite absurd conspiracy theories or supposed totally irrelevant and unrelated factors, as supposed effects of the geological cycles or the activity of sunspots. Simply, absurd excuses to pretend to put on profile, remove from the hat a supposed alternative explanation and look the other way. Do not be fooled, no matter how much they claim to know more than the entire scientific community: climate change is the greatest threat that humanity as a whole faces at this moment, the most complex challenge it has to overcome in the space of a few decades, and does not admit discussion or pilgrim theories of any kind. Whoever says otherwise is ignorant and irresponsible.

This post was previously published on www.www.enriquedans.com and is republished here with permission from the author.
—
Photo credit: Shutterstock