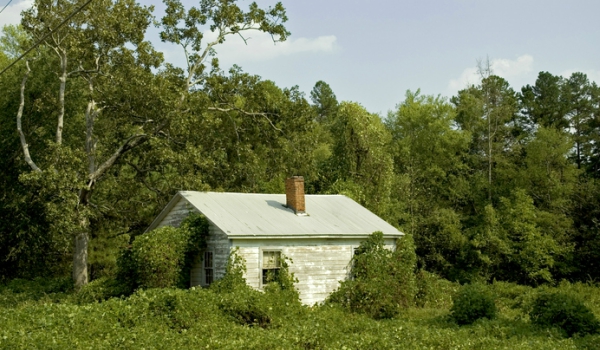 An unintended consequence pattern I’m watching that seems to determine which problems get attention and action: are they visible/simple or hidden/complex?

What is highly noticeable, and maybe in some sense bad, gets more blame than it deserves. But the bigger problems are unseen.

Further to this, people take action on the noticeable things (or problems) when only one step is required to see an impact. People avoid other, perhaps more important, things that require multiple steps for there to be impacted.

This is an evolving thought that I call “The Kudzu Effect” for some of the parallels to the vine’s history. Here are just a couple of examples. I’ll return to this idea in the future.

There are reports (usually somewhat tongue-in-cheek) from decades ago about how the vine Kudzu plagues the American South. Effort goes toward clearing Kudzu from land, houses, and trees, with the vine otherwise valueless. But Kudzu was first brought to the US as a miracle plant.

A Japanese delegation brought Kudzu to the US in 1876 as part of the Centennial Exposition in Philadelphia. The plant was sufficiently difficult to grow from seeds (which need to be prepared to increase the germination rate) that kudzu seedlings continued to be imported from Japan until WWII. After that, domestic sales of kudzu root crowns and seedlings by mail became popular.

In the article “Cultivating Kudzu: The Soil Conservation Service and the Kudzu Distribution Program,” it is noted that over half a million acres were intentionally planted with kudzu between 1935 and 1946, with the Soil Conservation Service providing many of the seedlings. Farmers were at times paid to plant Kudzu. Railway and highway departments planted Kudzu along with rights of way.

But then by the 1950s, the Soil Conservation Service removed kudzu from its list of acceptable cover crops and by 1970 demoted it to weed status. By 1993, kudzu was estimated to generate $50 million in annual lost farm and timber production costs (a number that may sound large but is tiny in comparison to the size of those industries).

“In news media and scientific accounts and on some government websites, kudzu is typically said to cover seven million to nine million acres across the United States. But scientists reassessing kudzu’s spread have found that it’s nothing like that. In the latest careful sampling, the U.S. Forest Service reports that kudzu occupies, to some degree, about 227,000 acres of forestland, an area about the size of a small county and about one-sixth the size of Atlanta. That’s about one-tenth of 1 percent of the South’s 200 million acres of forest.” — from The True Story of Kudzu, the Vine That Never Truly Ate the South

Does kudzu attract too much blame? How did this plant even move from being a solution to a problem? The history of that change follows the decrease of soil erosion as a national problem and the increased use of processed feed for farm animals rather than having them graze or eat dried fodder. (Kudzu is considered a “good source for animal feed,” but it does not appear in the top plant sources of animal fodder.)

Will Kudzu be rehabilitated in the future? Kudzu leaves, flowers, and tubers are edible. It’s been eaten in China and Japan for centuries. So perhaps the next step in Kudzu’s path could be back to the positive as people start to abandon its removal and start to eat it in the US.

There are occasional municipal and state-wide product bans. Among the most recent are the bans on plastic straws. But of all the things to ban, why this item? Or, how much of the plastic straw ban comes from straws being a commonly seen, obvious choice in a ban? How much of the ban comes from straws being worse than other potentially banned items?

As a percentage of overall plastic waste, plastic straws are negligible at around 0.02% of annual waste in the oceans (though since they are small, the account for 4% of “plastic trash by piece“). In comparison, an estimated 46% of ocean plastic is fishing gear, commonly including “ghost nets,” — discarded or lost fishing nets.

Straws and nets represent the difference. We encounter straws almost daily. They appear superfluous (and much of the time, they are). Then a viral video of a straw being pulled from a turtle’s nostrils sealed the deal.

Commercial fishing nets, on the other hand, are a product that most people will go their entire lives never having touched or even seen. But these nets probably do more damage on the whole, regardless of whether your metric is the number of killed and injured sea animals, amount of plastic net degradation in the ocean, or just that they wash up on beaches by the ton and must be removed.

The ban on plastic straws will be a small net positive on the businesses ($15 and under per 1000 count). The impact that discarded nets has is difficult for most even to imagine.

That brings us to the second part of the Kudzu Effect. While this effect operates on the highly noticeable (straws, not nets) the second part requires that we act on the simple. Ban what can be banned, whether or not it matters.

Plastic straws can be legislated away, at least in certain places and situations. Can you do the same for dumped fishing gear?

It’s not likely. Legislating behavior out in the ocean is difficult. Little is highly noticeable or traceable there. The behavior of one ship’s crew cannot be easily monitored, at least without gaming the monitors.

But there have been proposed solutions. These include making fishing nets out of biodegradable materials, buying back nets, collecting and then burning the nets to produce electricity. All these solutions, in turn, have their own problems. Biodegradable nets being weaker and heavier than plastic, net buybacks requiring the economics to work in favor of both the fishing company and the buyers. Same with the net collection efforts, which require the nets to be transported to a location that can process them as fuel (to say nothing of whether burning netting causes other problems).

Perhaps a hack would be to pay (not sure who pays) a bonus to ships returning with their full allotment of gear (something that too could be gamed, to say nothing of the complexity it would add). Or take the methodology of Tanker Trackers, which monitors the movement of crude oil tankers, but apply that to commercial fishing boats. Still, it’s probably a harder problem to solve.

The vastness of the ocean adds complexity to solving the net problem that the straw problem doesn’t have. And unlike oil, the value or cost of the nets is less uncertain.

Fight where you have a chance to make an impact, but don’t choose fights that are likely to become jokes.

Other likely targets of the Kudzu Effect include policies for including ingredient lists and calorie counts on food packaging, automotive speed limits and adding required STEM courses to schools.

I’ll return to this topic again as I think about it some more.