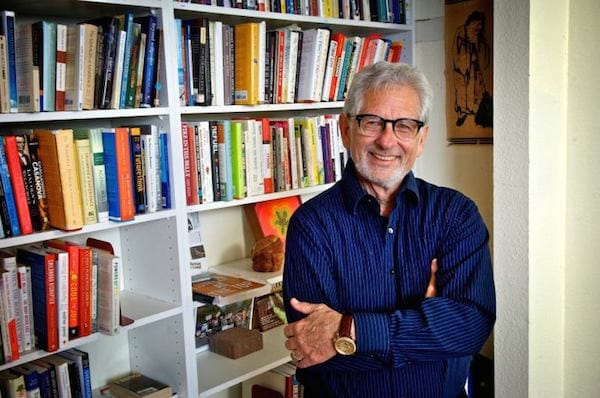 I’ve been a therapist who specializes in helping men and the women who love them since 1969. In 1983 my first book, Inside Out: Becoming My Own Man, was published and my colleague, Sam Julty, said, “You’re the men’s maven.” I didn’t resonate with the term at the time, but it took on new meaning when I read Malcolm Gladwell’s The Tipping Point in 2001. Gladwell examines how ideas can have an impact for good, or bad, and how they can influence large numbers of people to take action.

Gladwell tells the story about the midnight ride of Paul Revere in 1775 that warned people that “the British are coming.” We all know about his successful ride which brought about the organized resistance that began the American Revolution. What most had never heard about because it was unsuccessful was the ride of William Dawes, who set out at the same time as Revere with the same warning message, but the people he gave the message to did not respond. Gladwell says, “If it were only the news itself that mattered in a word-of-mouth epidemic, Dawes would now be as famous as Paul Revere. He isn’t. So why did Revere succeed where Dawes failed?”

The answer Gladwell says is that “any kind of social epidemic is heavily dependent on the involvement of people with a particular and rare set of social gifts. Revere’s news tipped and Dawe’s didn’t.” Gladwell says these people are Connectors, Mavens, and Salesmen.

Revere knew a lot of influential people in the towns where he rode, he was knowledgeable about organizing resistance, was respected by many, and he could persuade people to act in their own best interests. In any group, each of these types are rare and its even rarer for one person to have all three gifts.

Over the years I’ve developed lots of connections with knowledgeable people in the relationship field. One expert I’ve gotten to know is Iyanla Vanzant Host of Iyanla, Fix My Life on the Oprah Winfrey Network. She has generously offered to write the foreword for my upcoming book, 12 Rules for Good Men, which will be published later this year. Stay tuned.

I’m pretty good at persuading people to act in their best interests, but my main skill is as a maven, helping men, and the women who love them, to have deeply satisfying love lives. Over the last fifty years, I’ve helped more than 25,000 men and women. I recently received a “thank you” note from a client reflecting on the work we had done together to improve his relationship and why he had originally contacted me.

Dr. Diamond was recommended to me by my wife’s cousin after I had confided in her that our marriage was in serious jeopardy and I was afraid that the situation was irreconcilable. Her cousin credited Dr. Diamond with saving her marriage and urged me to contact him. I did, and it has worked wonders for us. Our marriage has gone from being in serious peril to what I believe are the best times we’ve ever had in our 30-year marriage. I don’t know how he did it, but I’ll be forever grateful.

Reflecting on what is unique about my background that has enabled me to help, here are a few of the things that seem most important:

I believe that everyone has a calling in life, something we do to make the world a better place. My calling is to mentor men to have successful relationships and to help women understand what good men really need. If you are dealing with male irritability and anger you may want to check out my e-book on understanding and managing the irritable male syndrome. You might also like my free e-book that can help you move from disillusionment to real, lasting love. Just click the book cover in the upper right-hand side of this page, Disillusionment: Not the Beginning of the End, but Your Entree to Real Lasting Love.

Facebook34Tweet1PinEmailShares35
wpDiscuz
Share this ArticleLike this article? Email it to a friend!
Email sent!