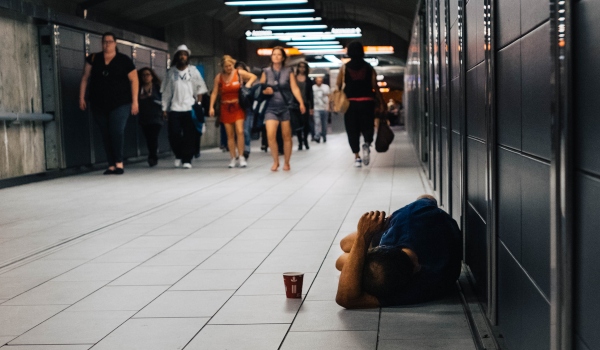 The federal government is to be congratulated on its just-released Poverty Reduction Strategy.

The strategy itself, running to over 100 pages, endorses the idea of an official poverty line, relieving Statistics Canada from the impossible task of finding a purely statistical basis for defining and measuring poverty.

It further endorses the idea that poverty has many dimensions — including housing, food insecurity and health and disability — so requires a dashboard of statistical measures in order for Canadians, and government policy, to be well and appropriately informed.

To back up these ideas, the government has provided new funding for Statistics Canada to improve the underlying data. And the government has set itself a specific and very substantial target — reducing the percentage of officially poor Canadians by 50 per cent by 2030. This may not sound as dramatic as eliminating poverty fully, but it is both ambitious and more realistic.

Canadians can and should be proud to live in the kind of convivial society that can achieve this goal.

Some anti-poverty advocates may be disappointed that there isn’t a large infusion of new program funding announced along with the strategy. On this, the government points out that it has already made a variety of substantial investments to tackle poverty, including rolling back the Harper government’s cuts to the Old Age Security pension and Guaranteed Income Supplement, and introducing the new Canada Child and Workers Benefits. And it still has some time until the next election to put forward further proposals.

In the meantime, improving the information base in line with the broadened discussion of the main factors defining poverty is very welcome. As the strategy paper indicates, to have effective policies, we need to know where we want to go, which in turn means having clear understandable indicators for the most important dimensions of poverty.

Government resources should be spent where they will have the most beneficial impact. If poverty involves more than having low income, then importantly, beneficial anti-poverty impacts can be achieved by means going beyond increasing disposable incomes. The policy challenge is deciding just which kinds of anti-poverty interventions, over and above increased cash transfers or refundable tax credits, have the greatest potential benefit.

The strategy defines poverty in terms of “having the resources, means, choices and power necessary to maintain a basic level of living standard that enables meaningful integration and participation in society.” This in turn, requires regular updating of the new official poverty line.

But a key area of ambiguity is just how the Official Poverty Line will be updated over time. This question is not very important in the short term, but over the period to 2030, when the government has targeted a 50 per cent reduction in the official poverty rate, it can be highly significant.

Historically, the Market Basket Measure on which the Official Poverty Line will be based, has been updated in line with inflation. But the strategy’s definition that avoiding poverty means meaningful participation in society suggests that over the time span of a decade or more, the official line must be updated in a way that keeps it aligned with average or median living standards.

The mode of updating the Official Poverty Line may seem an arcane technical question, but it is very important that the updating procedure be clearly specified. One essential reason is to avoid future governments playing games with this procedure — for example, with slower updating, in order to make it easier to claim that their 50 per cent target has been met.

All in all, the government is to be commended for this fundamental start on a poverty reduction strategy. We will have to watch carefully, though, to see whether next steps are likely to keep it on track to meet the 50 per cent reduction target, and that the target itself cannot be gamed.