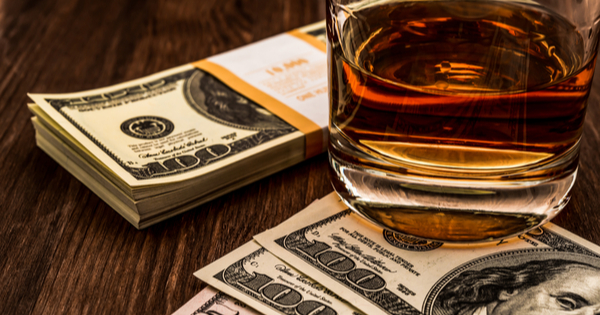 Yet the push to de-regulate our society can also decrease liberty. It trades governmental restrictions for corporate ones. And guess what? Unlike government, corporations

(2) rarely recognize higher motives than the profit motive. (Exhibit A? The NBA’s shameful stance on free speech in China.

Exhibit B? Boeing’s greedy denigration of the FAA’s ability to inspect its planes, contributing to the 737 Max crashes.

(1) What Binge Drinking & Unrestricted Liberty Have In Common

Imagine someone who drinks whenever and wherever he wants. Like excessive tax cuts that create a $1 trillion deficit, it feels great in the short-term. But in both cases that unrestricted freedom is self-defeating. A lack of self-control ultimately destroys both societies and individuals.

If humans are greedy, then there must be some mechanism to reign in the human desire for more, more, more, especially when that desire hurts others. Our founders, well-versed in political theorists from Montesquieu to Rousseau to Locke, properly gave this role to government.

(2) How Regulations Protect You (E.g., that List of Regulations Called the Constitution …)

Throughout history regulations (laws) have increased freedom. They have decreased the freedoms of the few to protect the freedoms of the many, protecting the weak from immoral psychopaths with no higher values than “might makes right” and profit maximization.

Here’s an easy example: The 13th Amendment — the “regulation” eliminating slavery — squashed enslavers’ “liberty” to own human property. In doing so, it gave freedom to countless more Americans. Other constitutional amendments did the same thing; check them out.

Unfortunately, since Reagan, excessive de-regulation has again let an excessive desire for profit subvert everything from our democracy to the environment.

(3) The Ideal Solution to Societal Dysfunction is Better Values. But Humans Begin Humans, The Practical Solution is Law

Our problems today seem complicated. Climate change. An obscene gap between rich and poor. Unjust wars fought as much for profit as for geopolitical gain. Religious and racial radicalism. Abusive employers and overworked employees. The roots of so many of these issues are obvious; they are those identified by most wisdom traditions as vices, things like greed, envy, etc.

Unfortunately, even though the fundamental solution is a reorientation in values, humans are imperfect. So until universal enlightenment, we only worsen our problems by de-regulating government and forgetting the fundamental truth that, as James Madison knew, “all men” are far from “angels,” and government is therefore absolutely essential to ensure that life doesn’t become (to echo Hobbes) “nasty, brutish, and short.”

So the problem is simple: Human evil. The solution is simple: good policy, good laws, the “wise restraints that make us free.” Institutions — not private ones, but public ones guided by morality instead of profit.

Let’s take this country back.