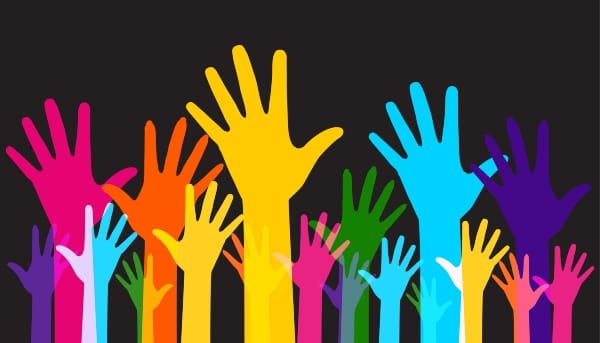 One of my history-minded friends has a long-range political view summed up in three words: liberals always win. Complex social struggles may take centuries or decades, he says, but they eventually bring victory for human rights, more democratic liberties, and achievement of other progressive goals.

Look how long it took to end slavery. Generations of agitation and the horrible Civil War finally brought triumph for liberal abolitionists and defeat for conservative slavery supporters.

Look how long it took for women to gain the right to vote. In the end, liberal suffragettes prevailed, conservative opponents lost.

Look at the long battle to give couples the right to practice family planning through the use of birth control. Planned Parenthood founder (and 1957 Humanist of the Year) Margaret Sanger was jailed eight times for the crime of mentioning sex, but she eventually transformed U.S. society. A Supreme Court victory in 1965 (Griswold v. Connecticut) struck down contraceptive bans for married couples, and a follow-up victory in 1972 (Eisenstadt v. Baird) struck them down for unwed partners. Liberals won, conservatives lost.

The same pattern applies to the struggle for Social Security pensions for retirees. And unemployment compensation for the jobless. And Medicare and Medicaid. And food stamps for needy families. And expanded health insurance under the Affordable Care Act. And marriage equality for gays. And so on. These stormy social conflicts so often end the same way: liberals win; conservatives lose. America’s legendary civil rights crusade that eventually wiped out Jim Crow segregation was a classic example of liberal victory.

Of course, history doesn’t move in a clear, predictable manner. Germany was advanced and modern, yet it sank into the horrors of Nazism. Racial inequality persists the world over. And women, who still haven’t achieved pay equity with their male counterparts, are seeing ongoing attempts to curb their reproductive rights. Other setbacks occur, but the overall tide of civilization flows in a progressive direction.

In his landmark 2011 book, The Better Angels of Our Nature, Harvard psychologist (and 2006 Humanist of the Year) Steven Pinker concludes that all sorts of human evils—war, genocide, murder, rape, torture, domestic violence, attacks on minorities—have faded enormously from the Western world. War between nations has virtually vanished. Pursuit of humane goals lies at the heart of the liberal agenda.

When I first became a news reporter in the 1950s, conservative Bible Belt morality was enforced by law. It was a crime for stores to open on the Sabbath. It was a crime to look at pornography or to read a sexy book. (Our mayor once sent cops to raid bookstores selling Peyton Place.)

Back then, it was a felony to be gay, and those who were caught engaging in homosexual sex acts were sent to prison under sodomy laws. Back then, it was a felony for a desperate girl to end a pregnancy. It was illegal for an unmarried couple to share a bedroom. Divorce or unwed pregnancy was an unmentionable disgrace. Jews weren’t allowed into Christian-only country clubs. Public schools had mandatory teacher-led prayer. It was a crime to buy a cocktail or a lottery ticket.

For several decades, the strongest indicator of politics has been church membership. White evangelicals voted overwhelmingly for Mitt Romney, for example, while people who don’t attend church voted overwhelmingly for Barack Obama. Yet today, survey after survey finds church membership among Americans fading, while the younger generation ignores religion altogether. Sociologists think the secular trend is unstoppable; people who say their religious affiliation is “none” already comprise one-fourth of the adult population—56 million Americans—and they seem destined someday to be the largest segment. Again, the social tide is flowing away from conservative fundamentalism and its puritanical agenda.

All these factors support my friend’s maxim that liberals always win. And if the tide of history flows left then the progressive worldview called humanism—trying to make life better for all people—is a powerful current.

If by a “liberal” they mean someone who looks ahead and not behind, someone who welcomes new ideas without rigid reaction, someone who cares about the welfare of the people—their health, their housing, their schools, their jobs, their civil rights and their civil liberties… then I’m proud to say that I’m a liberal.

Amid all the chaos and confusion of daily life, through a thousand contradictory barrages, the struggle for a safer, fairer, more secure, more humane world never ceases. Thank goodness for progressive victories that keep on prevailing.

Published in the September / October 2015 Humanist

A version of this post was previously published on thehumanist.com and is republished here with permission from the author.

Facebook30TweetPinEmail1Shares31
wpDiscuz
Share this ArticleLike this article? Email it to a friend!
Email sent!