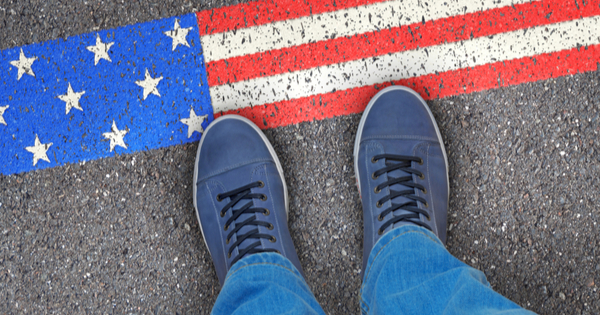 The public charge concept was first established by Congress in 1882 in order to allow the U.S. government to deny a U.S. visa to anyone who “is likely at any time to become a public charge” — but without defining what “public charge” means.

On August 14, 2019, the Department of Homeland Security (DHS) published a final rule in the Federal Register relating to the public charge ground of inadmissibility, which would apply to cases decided by U.S. Citizenship and Immigration Services (USCIS). Millions of immigrants living in the United States were scheduled to be deprived of immigration benefits under a new interpretation of the Public Charge Rule passed by President Donald Trump. The new rule was scheduled to take effect on October 15, 2019; however, multiple federal courts issued injunctions that temporarily stopped the rule from taking effect as scheduled.

But now the US Supreme Court has allowed these rules to apply. Under the new rules, low-income immigrants will not be able to receive government-provided immigration benefits in the United States as of today (February 24th 2020).

A 9-member bench of the apex court pronounced the verdict with a 5-4 margin. It is being feared that with the implementation of this rule, millions of immigrants could be denied the green card they are given every year. A large number of immigrants will also be covered by this law, which will result in deprivation of governmental facilities.

According to a new U.S. Supreme Court ruling, the rule will now apply throughout the United States, excluding Illinois. Under the new rule, a family of two-member households with a minimum annual income of at least $ 41,000 will be able to avoid the act. This means that if the annual income of any 2-member family is less than $ 41,000, they will have to lose their immigration benefits.

Thus, these people will be directly impacted by this rule and these rules will have a wide-ranging impact. The great thing is that this is another big throwback to immigrants living in low-income situations.

The health of low-income immigrants and the access to other sectors will end up making their lives worse. Not only will the lives of immigrants living in the United States be affected, but with the introduction of new rules, millions of Indians’ dreams of living with their children will be adversely affected, and under the new rules, low-income immigrants No longer will America be able to invite parents to live with them.

In fact, Donald Trump did not allow any confusion as to when he would contest the presidential election, saying that if power came to his hands, he would shrug off large numbers of immigrants living in the United States. After Trump’s presidency, successive decisions have come in the wake of increasing immigration problems for immigrants in the United States. The president is due to be elected by the end of this year. They will again raise the slogan of “Make America Great Again” to win the new election.

However, her parents, regardless of citizens of any country. The ban on entry of pregnant women into the US is also considered by the Trump administration to be a new step in the national interest among Americans.

At the moment, international community is emerging and building. But with this trend, the trend of national interest in various countries is also steadily increasing. Where the Trump administration’s slogan “Make America Great Again” is communicating a particular kind of national interest within the United States, these decisions are against the discrimination of minority and low-income immigrant groups.  If this issue is taken more seriously, it is likely to bring about a new kind of racial discrimination.

Likewise, similar ideas are spreading in India, England, Germany, France. The similarity of Britain to the European Union is offering something similar.

American society has always been known for respecting democratic values, human rights and human equality. But America’s image has been costly at times due to the actions taken by Trump. This new decision by the US administration has also been widely criticized. California Governor Gavin Newsom expressed concern over the implementation of the rule, saying the Supreme Court’s decision was “very dangerous.” It is also noteworthy that in August last year, California filed a public charge rule in the petition filed against the Trump administration. But the White House’s reaction is a little different. The White House has welcomed the Supreme Court decision and praised Trump’s policy, calling it a taxpayer victory.

In fact, the Trump administration is on its way to promoting a social divide policy by spreading sentiment in the name of taxpayers. These decisions will cause disruption to American society. The condition of the low-income immigrant groups will worsen, and their problems will increase. What was needed was that in a developed country like the United States, steps were taken to remove social and economic inequality and to equate others with the help of weaker sections. But the Trump administration has done the opposite. Making such decisions is nothing less than social injustice to further victimize already marginalized and marginalized people. The Trump administration’s decisions are in stark contrast to America’s sense of human dignity and equality and would be considered a gross violation of US democratic values.

Surjit Singh Flora has lived in Brampton, Ontario for the last 28 years. He is a guest-column writer, news reporter and photographer who has been published all over the world in more than 100 newspapers, magazines and online. He is also the editor and publisher of the weekly English news magazine Asia Metro Weekly.