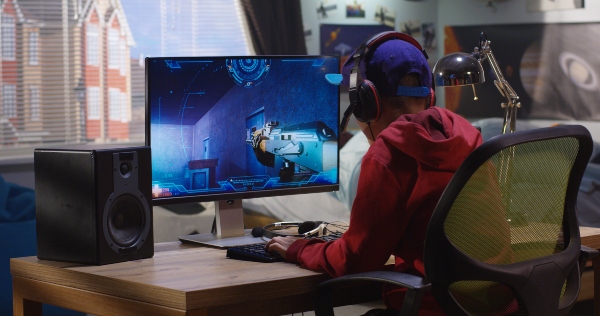 “We know much about the scope of hacking and its threat, but the problem is that we don’t know exactly when and how hacking behavior starts,” says lead author Thomas Holt, cybercrime expert in the School of Criminal Justice at Michigan State University.

“There is a general understanding that hacking starts in the early teens but until now, we weren’t clear on background factors, such as behavioral issues, the impact of social connections, or personality traits. Our findings pointed us in the direction of thinking that there are gendered pathways to hacking.”

Holt assessed responses from 50,000 teens from around the world to determine predictors of hacking. The findings, which appear in Crime & Delinquency, are the first to dig into gendered differences from a global data set.

“We found that predictors of juvenile delinquency, like low self-control—so, not having the ability to hold back when opportunity presents itself—are big factors for computer hacking for both boys and girls,” Holt says. “But for girls, peer associations mattered more. If she has friends who shoplift or engage in petty forms of crime, she’s more likely to be influenced to hack as well. For boys, we found that time spent watching TV or playing computer games were associated with hacking.”

Holt explains that the stark differences between boys and girls were quite distinct, reinforcing the idea that girls get into hacking in ways that greatly differ from boys. He says that some of the findings speak to how gender roles affect how parents raise their kids, such as letting boys play video games and giving girls different activities.

For boys and girls, simply having opportunities to hack were significant in starting such behavior. This could include having their own bedroom, their own computer, or the freedom of doing what they want on the internet without parental supervision.

While most schools have computer and internet access, Holt explains that there are still some geographic barriers for kids to enter cybercrime. The researchers found that kids who had mobile phone access early on were more likely to hack—especially if they lived in larger cities. Spending time with peers was more likely to influence delinquent behavior for those living in smaller cities. The researchers also found a connection between pirating movies and music and hacking.

In the 1980s and 1990s, juvenile hacking was mostly limited to gaming purposes, and even now most initial cybercrime isn’t serious, such as getting into Facebook or email accounts, Holt says.

“The initial attempts might not be serious, but without supervision and low self-control, it’s likely they got a taste for what they might be able to accomplish by taking their hacking abilities further,” Holt says. “And while low self-control plays a huge role with kids and teens, some of them mature as they age and can sit for hours, which gives them time to refine the skills of a sophisticated hacker.”

It’s important for parents to understand their kids’ tech-savviness and habits to help guide them on a path that uses their skills in a more positive way.

“Parents shouldn’t assume that having a kid with sophisticated technological competency is always totally fine,” Holt says. “Finding others in the field—like those you’d meet in a robotics club or attending something like the DefCon conference—is vital for kids to learn about using their skills in a positive way and for staving off bad behaviors,” Holt says.

“Cybercrime can be a hidden problem, so talking is vital. The more you can understand what they’re doing, the easier you can flag something that might be off and curtail activity.”