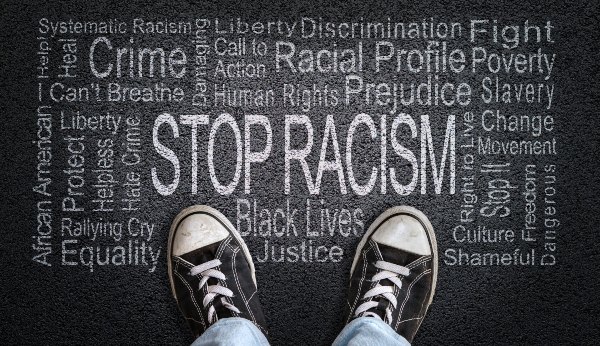 Enough with the implicit bias bullshit.

Enough with the insistence that subconscious bigotry is why police kill black folks at such a disproportionate rate, even when their victims are unarmed and posing no threat.

Enough with the pretty academic talk about how Amy Cooper in Central Park called police on Christian Cooper (no relation) because she had internalized the society’s taught fear of black men.

Not because there is no such thing as implicit bias — there is. I have spoken of it and written about it many times. But sometimes the notion just doesn’t fit.

Even worse, it minimizes the terror of what’s really going on.

After all, what part of officer Derek Chauvin’s actions towards George Floyd — actions which resulted in Floyd’s death — were driven by the officer’s subliminal impulses?

Was it the part where he aggressively hauled him out of his car and cuffed him? The part where he dragged him to the ground, even though Floyd offered no resistance? The part where he put his knee into Floyd’s neck and left it there minute after minute, ignoring Floyd’s cries that he couldn’t breathe? Was it when he continued to press down upon Floyd’s neck even after the latter had stopped speaking and was no longer responsive? Was it when he later lied in his official report and said Floyd had resisted arrest?

What was subconscious about Chauvin’s fellow officers standing around and watching calmly as their brother in blue murdered a black man in cold blood just because he could?

See, implicit bias, though a real phenomenon, operates in a split second. It can explain the difference between how we perceive an object in a person’s hand — either as a gun or the cell phone or wallet it actually is — depending on the race of the person holding it.

But it cannot explain why those who misperceive the black man with the wallet as threatening — as with the NYPD and Amadou Diallo — then empty 41 shots into his body.

At some point, perhaps after the first couple of rounds, which one might chalk up to an implicit reaction, that shit moves from the basement of one’s conscious mind to the top floor. And if you keep blasting, that’s on you, not some Freudian childhood trauma or the media imagery with which you (and all of us) grew up.

As for Chauvin and his colleagues, it took something more sinister than implicit prejudices to kill George Floyd. They had 8 minutes to see that what they were doing was wrong. Eight minutes to stop, implored as they were by onlookers to do so. They don’t look stressed on the video, or nervous — things which we know contribute to the shutting down of rational and conscious deliberation. They look as cool as the other side of the pillow, amused even. They are not being led around by something buried deep inside the recesses of their amygdala. They are operating as enforcers looking to assert their dominance.

For his part, Chauvin has had eighteen previous complaints filed against him, none of which resulted in disciplinary action beyond a reprimand, and even then in only two cases. He has been involved in three prior shootings. Most officers will go their entire careers without ever shooting anyone, so the mathematical odds of such a thing happening by chance in Chauvin’s case are slim. And the way his department and union have ignored his past conduct is known to Derek Chauvin. He is very conscious of all the things with which he has previously gotten away. He likely had no reason to doubt he would again.

No, the biases that ended George Floyd’s life were explicit. Even more, they were part of an institutional and systemic process, whereby unequal treatment of black and brown bodies and communities is normative. And if you are part of a system that dehumanizes people of color and especially black folks, you internalize not subconscious, but conscious forms of racism.

Rest assured, if police went to jail for their brutality — and more often than in just a handful of cases — you would see such incidents diminish in frequency. So too if we made police departments pay the settlements to the families of the dead from their own budgets, rather than having the money come from city coffers more broadly.

But see, if that’s true — if real accountability would result in fewer such cases of brutality and officer-involved shootings — then the thing that was causing those cases cannot be, by definition, subconscious. Were it so, it would continue to produce the same outcomes, even with external force applied. Justice system remedies and punishment cannot alter human psychology in a matter of months or years.

They know what they are doing, do it entirely because they can, and only in so far as we keep letting them.

As for Amy Cooper, I have no doubt she was conditioned to fear black men. But that wasn’t all she was conditioned to do, and fear was not what motivated her actions in Central Park when the entirely unthreatening black man told her to leash her dog, as per the rules. She was also conditioned to have disregard for black lives and safety, and to think her whiteness worthy of not protection — again, she wasn’t being threatened — but validation. She was trained to view her whiteness as property and to take out whatever equity line she damn well pleased on it, whenever needed, to cover her debts.

She was not afraid. People who are afraid do not aggressively challenge the objects of their fear, by getting closer to them, pointing at them and yelling at them. If you don’t believe me, try that shit on a rabid dog or a bear in the woods the next time you’re confronted by one. Try yelling at it and moving closer to it. Then, by all means, let me know how that works out for you. You won’t do it. Ya know why? Because you’re genuinely afraid.

Her confrontation was not about fear. It was about contempt. It was about viewing Christian Cooper as less than fully human. And it went on for several minutes, again suggesting that even if it began as a result of subconscious bias, it migrated well north before it was done.

So long as we keep chalking up these kinds of things to the subconscious mind — a notion that people misunderstand, often taking it to mean something we can’t control and thus, can’t be held responsible for — we will fail to confront the real problem. We will ignore the systemic inequities and power dynamics that have long existed in this culture from which we learn quite explicit lessons. We will ignore the way that institutions were constructed upon a scaffolding of anti-black racism, and we will continue to treat white supremacy as a mere psychological disorder rather than the structural and society-wide evil that it is.

If Chauvin goes to prison, it will be a good start, but nothing more. Until and unless the culture of policing, which is blatant and explicit and conscious and willful, is broken up and changed from the root, the George Floyds of the world will continue to be at risk.

And those who defend law enforcement, no matter what they do, will continue to be complicit.

As for the Amy Coopers of America, it’s time for y’all to do more than leash your dogs. It’s time to put a muzzle on your entitlement and to start arresting those who file false reports on black folks as an act of white domination.

It’s time to shut down white America’s infinite credit line and start calling in the debt. No forbearance. No payment plan. The balance is due: in full, and with interest. 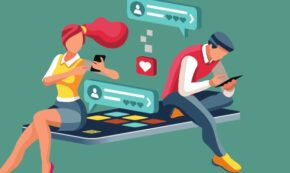 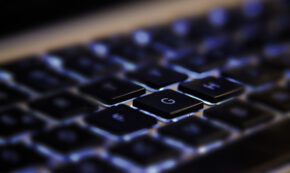