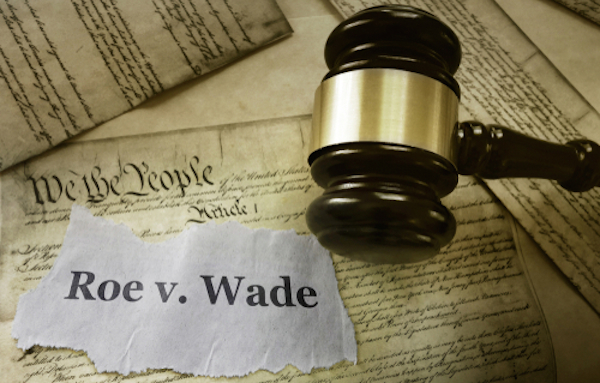 For some weeks now in this year of 2019, the news has been filled with the most dreadful things happening towards women who live in the USA. The assault on abortion rights represents a new low in the hatred of women displayed by patriarchal men, who seem as clueless as ever as to the ultimate pointlessness of these endeavours.

To recap — at the time of writing this, some six or seven US states have recently passed laws that very strictly curtail abortion access for women, not even allowing for serious cases such as pregnancies created through rape or incest. A range of women’s groups have been organising and the female backlash is well underway.

The powers that be want this to happen, so that eventually legal challenges to these state laws rise to the level of the Supreme Court, which, the lawmakers hope, will then revisit the famous case of Roe vs. Wade from 1973 and overturn it, banning abortion altogether throughout the United States. This could happen, now that the number of right-wing Justices is in a majority of 5–4.

This article is not even going to endeavour to provide a solution; but merely to record an expression of shock and horror at the senselessness of it all.

WOMEN are the oxygen of life; the source of emotional connection for men, the fount and repository of all things normal, safe and free. From birth, they have inspired me, given me guidance, kept me safe from this dangerous world when I was young and helpless. I felt safe in my mother’s arms; she provided the safety net from which it was possible to feel confident enough to venture out and explore the world. I am a man, and feel confident being one, mainly because that confidence originated in her safety and protection. Now I am older, it’s my turn — to protect women, to empower them, and set them free.

Who are these men who feel that they must imprison women within a patriarchal power structure and, not content with that, then pass laws threatening 99-year prison sentences or the death penalty because she got pregnant from sperm that could only have come from them? Men who think male virginity is “unmanly” yet somehow manage to maintain that losing it has nothing to do with abortion?

These men hate women. They have no faith in womankind. They are divorced from healthy masculinity, unable to see that a woman’s sexuality is a mirror image of his own. He feels that he must live in the patriarchy so that its corrupt structure can exploit women, and thus allow him to gain sex from her against her will. Then, when she gets an abortion to return to the equality that is her right, that he tried to take away from her by his rape of her, he complains about the death of the baby.

The fact is, he cares nothing for that child. If he lived in a world where, every time he has sex with a woman, she gets pregnant and he fathers a child, he would be terrified by the responsibility he had created. He wants his child dead, so he can carry on having sex with the women he uses the patriarchy to exploit. She is not to blame. If abortion is murder, then he is the murderer.

I used to be a massage therapist before my marriage. I was a virgin on my wedding day. I am used to being around women in various states of undress. Touching them as a professional bodyworker was very special to me, creating an intense emotional connection that was incredibly meaningful for me despite the fact that nothing sexual happened between us even once. Despite being a virgin, I never felt deprived of female attention or emotional connection.

If men want to be super-strict about abortion, well, then, consider this — all men must henceforth remain virgins until marriage. For sure, there would be practically zero abortion or, at least, very little. Problem solved — if you’re a virgin, you’re anti-abortion. If not, you’re pro-abortion. That’s it — nothing else to discuss. With healthy masculinity, you can get emotional connection from women with no sex at all — great! Let’s dismantle the patriarchy and smash it up — we don’t need it any more!

Don’t like that? Think that’s stupid? Right, OK, then — abortion continues until you change your mind. Enough of this junk.

As for me, I will continue offering absolutely unconditional love and support to all women everywhere, post-abortive or not. For all you men reading this, I strongly recommend you start doing the same. Until then, have a nice day.

Facebook165TweetPinEmailShares165
wpDiscuz
Share this ArticleLike this article? Email it to a friend!
Email sent!