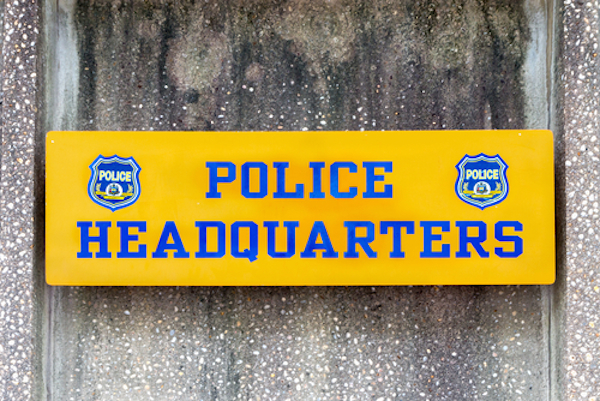 “I’m fairly confident that there are folks who are not being dismissed that I would’ve dismissed if I were in charge,” said Hans Menos, the Executive Director of the Philadelphia Police Advisory Commission.

CLICK HERE to listen to the full interview with Hans Menos!

Last Friday, Philadelphia City Council President Darrell Clarke released a statement on the firing of 13 cops who, on Facebook, advocated for violence or death against protected classes.

Although 328 active Philadelphia police officers had, since 2010, posted offensive and racist material to Facebook, only 72 officers were benched in late June as Internal Affairs prioritized the most despicable social media content.

Those 56 remaining officers will receive discipline consistent with a violation of the department’s social media policy. And the investigation is on-going.

Mr. Clarke applauded the actions taken by Philadelphia Police Commissioner Richard Ross. But he also offered the top cop, and all those involved in the investigation, a reminder: “… the Police Advisory Commission, which has been strengthened and funded by Council’s legislative action, needs to be a part of the ongoing conversation to ensure that police officers are accountable to the communities they serve.”

Along with the public, Mr. Menos learned of the 3100 Facebook posts on June 1st when the Plain View Project published its database.

However, PVP gave Mr. Ross a sampling of their preliminary findings earlier this year. Mr. Menos thinks that’s when he, too, should’ve been briefed.

Moreover, the process from June 1st to present-day – which has included a constitutional analysis of the Facebook posts executed by an outside law firm and a City Hall meeting attended by the mayor, police commissioner, activists and concerned citizens – has excluded the police oversight agency.

“The PAC does need to be included in some of these investigations. I’ve said as much to folks in the administration … they more or less agreed that we’ve been under-utilized thus far,” Mr. Menos said on Monday during an interview at LOVE Park, which is situated across the street from his office at 1515 Arch Street.

Outcomes may have been different had the PAC been involved.

Mr. Menos said he thinks the threshold for firing officers implicated in the scandal, which was a combination of discriminatory comments and a call for violence or death against protected classes, was too high.

The PAC’s standard would’ve been to judge whether the officer’s posts were disruptive to departmental operations. Mr. Menos argues that going on an anti-Muslim rant, for example, meets that standard.

“I’m fairly confident that there are folks who are not being dismissed that I would’ve dismissed if I were in charge,” said Mr. Menos, whose nearing two years on the job.

Mr. Ross has chosen not to divulge the names of any officers. But Mr. Menos thinks the public has a right to know “every aspect” of the investigation and should even have a forum of sorts to ask questions.

“The investigation has been classified as internal. Why would that be the case? Isn’t transparency the best for the public?”

A public advocate role is what the PAC would’ve assumed had they been invited to the table, Mr. Menos said. The law firm could’ve advised on the constitutionality of the posts, while the PAC could’ve advised them on “what would be the right move for the public.”

In October, all the officers at the Philadelphia Police Department will receive anti-racist training, which is what Mr. Menos proposed to Mr. Ross after the controversial arrest of two black men at a Center City Starbucks in April of last year.

At the time, money for the training wasn’t available, according to Mr. Ross. Resources now appear relatively plentiful. But Mr. Menos has mixed feelings on the concept now, given the context of the scandal.

“I don’t believe you can coach racists, guys who say things that are overtly racist, out of being racist with a nice training. Any officer that expressed overt hate isn’t going be solved by a training, those people need to go.”

Christopher “Flood the Drummer®” Norris is an award-winning journalist, online content producer and professional drummer currently serving as the CEO of Techbook Online, a Philadelphia-based news and event company, and the host of the Drumming for Justice podcast. Subscribe here.