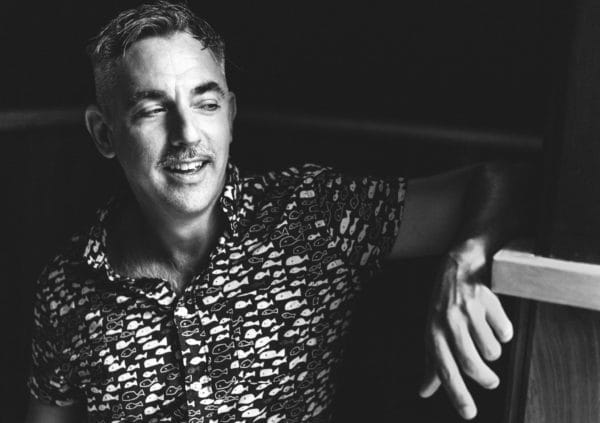 —
Correspondents is reminiscent of works like Michael Cunningham’s Flesh and Blood, Jeffrey Eugenides’ Middlesex, and Michael Chabon’s The Adventures of Kavalier and Clay; it is truly a delight to read a writer practicing at the height of his game.

Murphy grew up in an Irish/Lebanese immigrant family in the Boston area. Despite his last name, Murphy says he is actually more Lebanese than Irish and he parlays that family history into the novel.

The book moves forward and back in time, from Lebanese immigrants arriving from what was then Syria in the 1910s, to the Iraq war, and post-9/11 America. At its heart is the story of Rita Khoury, a young woman from a long-established Irish-Lebanese family near Boston, and the bond she develops while covering the Iraq war with her interpreter, Nabil al-Jumaili, a young man from a middle-class Baghdad family harboring a dangerous secret. The story follows them through twists and turns starting on the eve of the invasion and going all the way through the first months of the Obama era.

Murphy said about Christodora (Which dealt the AIDS epidemic and its repercussions in New York City), “A lot of the act of writing this book was to encode and enshrine a generation and what they went through before everyone is, well, gone,” of his ambitious novel. “I know I am not the first to do it and I won’t be the last, but I wanted to do it in as narrative, emotional, accessible, and non-academic way as possible.”

Murphy added that he wanted to capture a feeling of abjectness and bereftness on the part of many characters, the feeling that they have lost what made them whole — and how they climb out of that abyss of loss, or don’t, “because we all struggle with that at one point or another.”

And in Correspondents he succeeds in doing so again — not because the book is queer — but it acknowledges and embraces the universality of the experience in Nabil, a young Iraqi interpreter who finds he can tamp down his sexuality for only so long before a drastic choice must be made.

As a journalist, Murphy has written for POZ, The New York Times, and New York Magazine. He’s also authored two previous novels, Getting Off Clean and The Breeders Box.

In addition, Murphy was one of the founding organizers of the anti-gun group Gays Against Guns.

The Good Men Project recently spoke with Murphy about Correspondents, and how the early days of the 21st century have set the tone for a problematic present both domestically and abroad.

The Good Men Project: This is the first time a novel so perfectly captured an era I lived through with such perspective—how long has the story been simmering?

Murphy: You mean the 2000s? Yes, it is a very 2000s book, most of it taking place between 2002 and 2009, with the Iraq war being the centerpiece. The odd thing is that I started this book the summer of 2015, a year before Christodora came out, and I can’t remember very much about when I started thinking of writing it.

All I remember is that I wanted to write a novel that somehow wove together a contemporary American Arab-American family like my own with an Iraqi family during the American invasion of Iraq, and one day I sat down and wrote the first chapter.

I was really obsessed with how we, the U.S., could have just gone into Iraq with really zero justification and destroyed an entire country and millions of lives, including some American lives, and then walked away from it all so blithely, turning our eyes away from it before it was even over. Especially as it clearly became a fiasco and tragedy of our own making. And I was also really obsessed how an American family, like my own, can in the course of 100 years come from a far-flung place like the Middle East (but it just as easily could have been Asia or Latin America) and basically shed the language and most of the culture over just three generations and become hopelessly American with very little sense of belonging to other parts of the world or the people who live there.

The Good Men Project: You really capture the horror of war and especially what the Iraqi people lived through — did you spend any time in the region?

Murphy: I am half Lebanese and have spent a fair amount of time in Lebanon (not just Beirut) but nowhere else (yet) in the Middle East.  That whole Iraq section of the book is based on absorbing endless books and documentaries and news stories and YouTube videos and Google maps of Baghdad, and also talking to Iraqis now living in the U.S., and then driving it all into a narrative. I also had a great reader named Yasir Dhannoon who lives in New York now but left Iraq in 2005 who read every page with me and helped me with the Iraqi Arabic and other details. 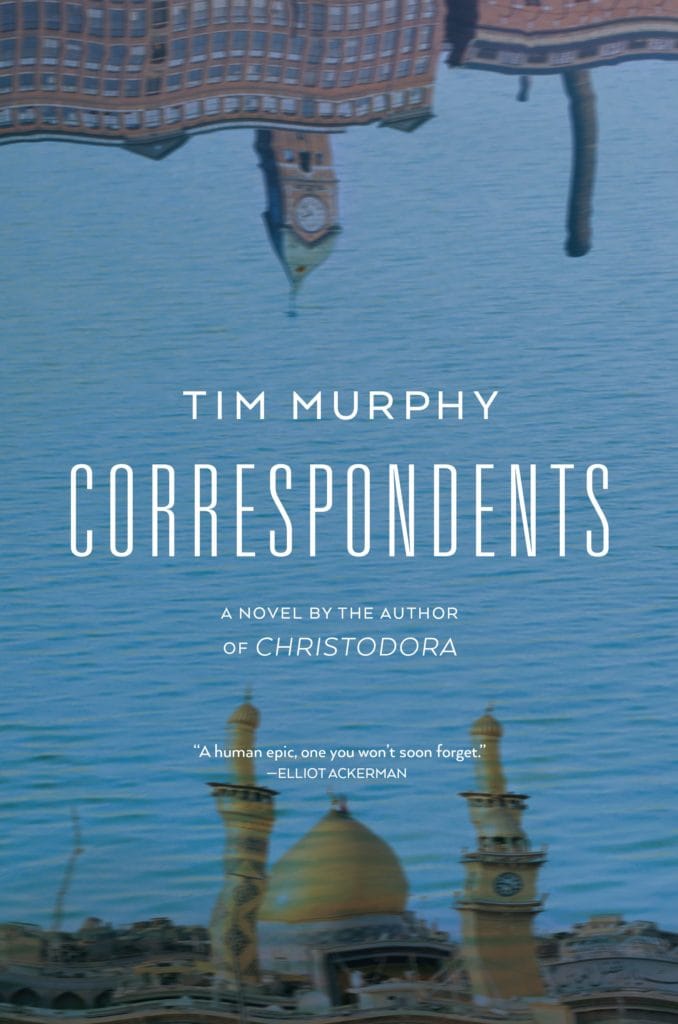 I really wanted to convey the American occupation of Iraq as something that got worse year after year between 2003 and about 2007 and became an increasingly tense and horrifying nightmare, in a city that may have been slowly suffocating under Saddam but certainly was not in a state of total lawlessness and chaos. And in fact there was pleasure in daily family and social life, just as there is here, even something as simple as going to the markets or going for an ice cream or to the riverside for grilled fish, and I really wanted to show how we robbed Iraqis of that and allowed their lives to become a living hell.

The Good Men Project: You did something masterful here — blending so many aspects of your life (Gays against Guns etc) seamlessly— what’s something that informed your writing that might not be obvious?

Murphy: Well, I should say that Gays Against Guns per se is not in the novel even though gun violence figures strongly in it. I would really have to say the part of the book that does not come out of my life at all are the several chapters that take place in Iraq.

I really embarked on those chapters with incredible trepidation and I don’t think I would even have wanted the book to be published if I hadn’t had an Iraqi reader.

I trusted people like my friend Yasir who had grown up there and who could tell me what was spot-on and what was off.

I never would have written an entire novel set there, from the sole point of view of an Iraqi family. It’s more that I wanted to write a novel that starts out like a kind of traditional familiar American immigration saga and then suddenly flips and you’re in this other country with this other family, and then eventually these two worlds kind of unravel in tandem. I wrote this book very fast in Trump’s first year in office and while my father was dying of cancer. I worked on it almost every day in a kind of highly focused fury of just wanting to finish it and I don’t fully understand where in me it comes from except that I think deep in the book is a lot of my anger and sadness about America and about what being an American seems to necessitate from people, which is to turn our backs on the rest of the world regardless of where we are from ourselves originally.

So maybe one of these days I’ll learn to write a light, whimsical book and not something based on four-letter words like AIDS or Iraq. I keep saying that my next novel will be about Zika.

Murphy will be reading from and signing copies of the novel in Brooklyn on June 3, and in Provincetown on June 12

This post originally appeared on Towleroad.com and is republished here with permission from the author.
—