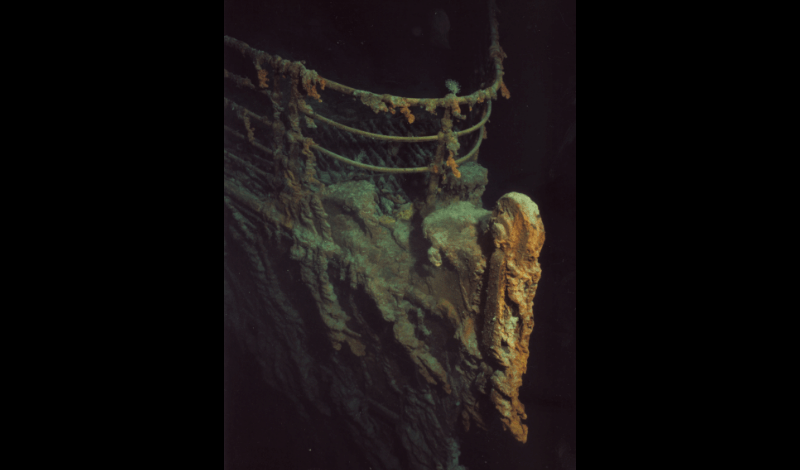 There are much more interesting stories to be told about that fateful night in 1912 than James Cameron’s fictional love story between an entitled first class girl named Rose DeWitt Bukater and a happy-go-lucky street urchin called Jack Dawson.

I’ll admit it. I am a Titanic history buff and, for me, the true stories of Titanic’s survivors are a constant source of fascination. I have spent hours upon hours pouring through their accounts of one of the worst maritime disaster in history, and there is one survivor whose story is particularly captivating — so much so that his tale makes the briefest appearance in the 1997 Hollywood blockbuster in a moment where fact and fiction intersected.

I discovered his story while perusing Encyclopedia Titanica — an incredible website containing information about every single person who sailed on Titanic’s fateful voyage. I’ve drawn from this resource to retell his amazing tale of survival here.

I think he deserves his own movie. He is the Titanic’s most interesting survivor.

A Hero and a Drunk

The survivor in question was a man by the name of Charles Joughin— a tiny man of just 5′ 3½”. A career sailor, Joughin first went to sea at the tender age of eleven, eventually ending up on the Titanic as the Chief Baker, overseeing a staff of thirteen others.

At 11.40pm on the night of the accident, Joughin was off duty and asleep in his bunk. Like many others on board the Titanic he was suddenly awoken by a strange, grinding noise along the starboard side of the ship. Shortly after he heard the order, “All hands on deck!”

However, Joughin didn’t just report to the lifeboat deck. Taking the initiative, he mustered his staff of thirteen and — reasoning that if lifeboats were needed then those lifeboats would need provisions — he raided the Titanic’s pantry of all the spare bread he could find. He and his staff ferried the bread up to the deck where each lifeboat was equipped with its own supply.

Satisfied that the lifeboats were well-stocked with food, Joughin dismissed his staff and returned to his own cabin. In a moment of what could be described as fatalistic resignation, Joughin decided to have a drink or three with whiskey his beverage of choice.

About an hour after the accident, he felt sufficiently fortified to re-ascend the stairs to the deck to assist where he could. At this early stage it was difficult to persuade the women to get into the lifeboats — the big ship still seemed so much safer than a tiny lifeboat in the middle of the Atlantic Ocean. Taking matters into his own hands, Joughin resorted to stronger methods. He hauled the women in by force — rough but effective. They may have been offended at the time but many woman owed their lives to Joughin’s forthright tactics.

Joughin was supposed to get off the ship as the designated crew member responsible for captaining lifeboat number 10, but, in a last minute decision, reasoned that there were already enough men to handle the lifeboat. To go with the lifeboat, he explained later, “Would have set a bad example.” In so doing, he surrendered his last opportunity to safely escape the inevitable demise that awaited him and all who were left behind on the Titanic as she slid beneath the water.

At about 1.20am — an hour and a half after the accident — Joughin descended the now-slanting stairs back his cabin on E-deck, where he poured himself yet another whiskey. He sat on his bunk and nursed it along — aware but not particularly caring that water now rippled through the cabin doorway, splashed across the checkered linoleum floor and rose to the top of his shoes. 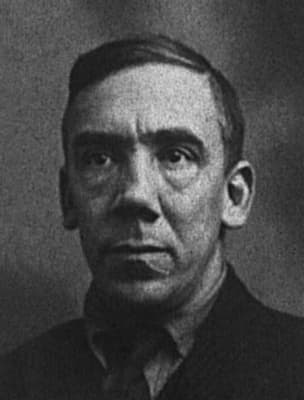 Finally, Joughin decided to return to the boat deck and not a moment too soon. For the Titanic was listing so heavily now that had he waited any longer, the staircase may have been impassable.

When Joughin arrived topside, he observed that all the lifeboats had already left the ship, but he was far from discouraged. He began throwing deck chairs over the side so that people in the water might have something to cling to. Others watched him but they didn’t help. Altogether he pitched about fifty chairs overboard. Of course, it was tiring work. Thirsty again after the physical exertion, Joughin popped back into pantry for yet another drink.

As he quenched his thirst, he heard a huge crash as though something had buckled. The pantry cups and saucers flew about him and the lights glowed an ominous red color. On the deck above his head he heard the pounding of feet running towards the stern of the ship.

He bolted out of the pantry and joined the throng of people fleeing the water as it surged up the slanting deck. Careful to stay out of the crush as much as possible, he ran along in the rear of the crowd. He vaulted some steps just as the ship gave a sickening twist to port, throwing most of the people in a huge heap into the port rail.

Joughin was one of the few that managed to keep his balance. Surprisingly alert and completely relaxed, he was able to keep his cool as the stern rose higher and higher into the air. With the deck now slanting too heavily to stand on, Joughin slipped over the starboard rail and actually stood on the side of the ship.

He worked his way up the side, still holding the rail — but from the outside — until he reached the white painted steel plates of the poop deck. He now stood on the rounded stern end of the ship which had swung high into the air.

This is the moment that I mentioned earlier — where fact and fiction meet. In the 2017 Hollywood blockbuster, Joughin, played by Irish actor Liam Tuohy, would meet the eyes of a distressed Rose DeWitt Bukater clinging to her forbidden lover, Jack Dawson as they perched atop the near vertical stern of the ship, moments before its final plunge. You’ll have to go back and watch the movie again now!

Back to the real story.

Dangling perilously 150 feet in the air, with detached curiousity, Joughin glanced at his watch. It was 2.15pm. Suddenly, he felt the stern beginning to drop under his feet — a sensation he described as like taking an elevator. He tightened his lifebelt and braced himself. As the sea closed over the stern, Joughin stepped off into the water. He didn’t even get his head wet.

He paddled off into the night, little bothered by the freezing water for the whiskey warmed his body from limb to limb. For over an hour he bobbed about, moving his arms and legs just enough to keep upright. According to Joughin, it was around 4am when he came across an overturned lifeboat and was able to climb aboard, still thoroughly insulated from the cold. Where others succumbed to hypothermia in just minutes, Joughin was able to survive for hours thanks to a combination of good fortune and too much alcohol.

Now that is an interesting story. 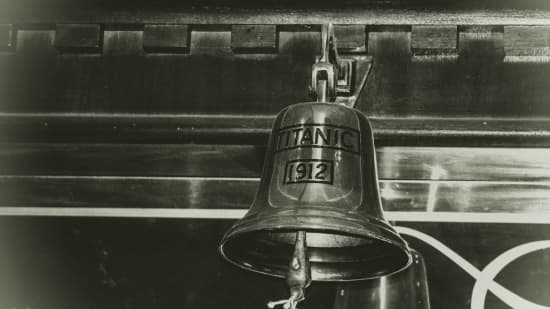 Believe it or not, the only ill-effects of Joughin’s miraculous escape was one pair of very swollen feet, from which he made a full recovery. Following his recuperation in New York, Joughin returned to England where he was called to testify at the British Inquiry into the sinking on 10 May 1912. The inquiry makes fascinating reading and much of the information that obtained for this article came from reading Joughin’s testimony from the inquiry.

I don’t know about you, but if I had been in his position I might have counted my lucky stars and looked for a new career — one that didn’t involve working on ships. However, before too long, Joughin was back at sea again serving on none other than the Titanic’s sister ship — the Olympic — which was practically identical to the Titanic. Now that would give me nightmares!

Only a few short years later, Joughin would be involved in yet another shipwreck — this time while working aboard a cargo ship called the SS Congress during World War 1. This time Joughin took a more traditional escape route — namely entering a lifeboat — and, in the end, not one person perished in the disaster.

Even this — his second shipwreck — was not enough to dissuade him from a life at sea. He continued to sail for another 30 years, going on to serve on no less than 12 other ships. Near the end of his career, Joughin would face yet another disaster at sea. In December 1941 the US freighter SS Oregon, on which Joughin served, was accidentally rammed by another ship causing it to sink. There were seventeen fatalities but Charles Joughin was named as a survivor… AGAIN!

Joughin finally retired from a life at sea in 1944 but not before he had gone on to become the longest-serving, surviving crew member from the Titanic disaster.

When he finally passed away in 1956, Joughin’s Death Certificate listed his usual occupation as, “Baker on the Titanic,” even though he really only served in that position for a mere 5 days of his life —since the Titanic sunk part way through its maiden voyage. Clearly his Titanic experience was never far from his mind, even up until his dying day. He will forever be the Titanic’s baker. 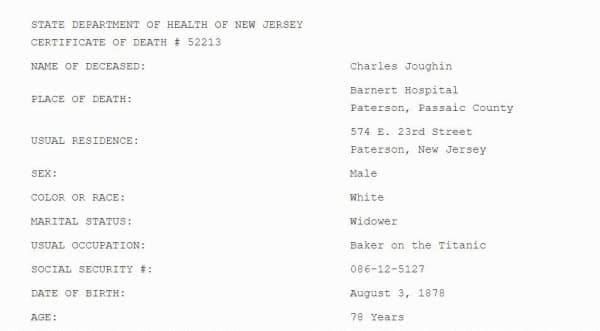