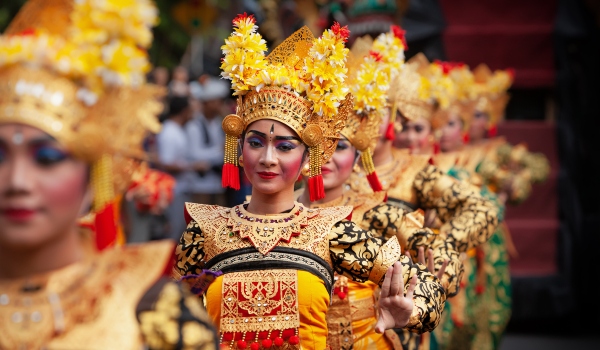 To mark Wallacea Week, a series of public lectures and exhibition on the Wallacea region of Indonesia, The Conversation presents a series of analysis on biodiversity and history of science in Indonesia. This is the third and last article of the series.

In Indonesian society, people often use a dichotomy between “pribumi” or native and “pendatang” or migrants. “Pribumi” means the original settlers while “pendatang” are foreigners. This dichotomy often creates racism and tension between groups in the society.

However, a research on human genome found all Indonesians are migrants. Indonesian people are a mix of different genetic groups of Homo sapiens who travelled from Africa in waves spanning tens of thousands years via different routes to the archipelago.

Before our research, there was no available data about the genetics of humans in Indonesia within the world’s human genome research. Scientists have data about human migration through mainland Asia and Australia, but the data from the Indonesian archipelago were missing because they had never been investigated.

There are three genetic markers that can be used to study human migration.

Second, genetic materials in mitochondria, also called mitochondrial DNA, inherited by mothers to the children. Mitochondria is a structure in cells that transforms food intake into energy in the body.

Human genome researchers categorise humans into genetic populations called haplogroups by looking at the similarities in their Y chromosome or mitochondrial DNA, which are the specific motifs of both DNAs.

The third genetic marker is autosomal DNA, inherited from both parents.

My research colleagues and I in Eijkman Institute collected and analysed around 6,000 samples of DNA from different locations in Indonesia to look at the haplogroups of Indonesian people. We tested more than 3,700 people from 35 ethnic groups for their mitochondrial DNA, and almost 3,000 of them for their chromosome Y.

Using mitocondrial DNA, we found haplogroups M, F, Y2 and B in the western part of Indonesia. The people of these haplogroups are mostly speakers of Austronesia languages, spoken in Southeast Asia, Madagascar and Pacific Islands.

Meanwhile in the eastern part of Indonesia we found haplogroups Q and P. These two haplogroups are unique to people of Papua and Nusa Tenggara. People of haplogroup Q and P are non-Austronesian speakers.

What’s more interesting is Mentawai and Nias, the haplogroup of the people in those islands are grouped with the native people of Formosa, Austronesian speakers who travelled to the south around 5,000 years ago.

Through multidisciplinary research combining genetics research with archaeology and linguistics, we can discover that the ancestors of Indonesian people came in waves.

The history of ancestral migration started 72,000 years ago when a group of Homo sapiens or modern humans travelled south from the African continent to the Arabian peninsula towards India.

The descendants of this first wave of people arrived to what is now the Indonesian archipelago around 50,000 ago. At the time the Malay peninsula, Borneo and Java were still connected as one landmass called Sundaland. Descendants of this group continued to wander to Australia.

Signs that the Indonesian archipelago has been inhabited by modern humans can be seen through archaeological findings. In Sarawak, Malaysia’s territory of Borneo, scientists found a skull that’s around 34,000 to 46,000 years old.

And in the caves of Maros, South Sulawesi, there are 40,000-year-old pre-historic rock arts.

The second migration, around 30,000 years ago, came from the area that is now Vietnam. The third migration is the arrival of Austronesian speakers from Formosa around 5,000 to 6,000 years ago.

Lastly, the spread of Hindu and the rise of the Indian empire between the 3rd to 13th century created a variety of haplogroups found in small frequencies in Bali, Java, Borneo, and Sumatra. There was also the spread of Islam from Arabia and the findings of haplogrup O-M7 which is a marker for people from China.

Why trace our ancestors?

By collecting and analysing the genetics data of Indonesians, we can fill the gap of data about human migration between the Asian mainland and the Pacific Islands.

The genetics of Indonesian people are a mix between different groups of humans. Our genetics data shows that the Indonesian archipelago was once a centre of civilisation.

Our research also has provided us with basic information about mutations of specific diseases such as the inherited blood disease thalasemia. Thalasemia is the main genetic disease in Indonesia.

By having the data about the mutations, diagnosis can be targeted to ethnic groups where the mutations are most present. This will help doctors and patients deal with diseases and improve health care.

These investigations into genetics that reveal the population structure of Indonesian people, match with the research that found the clustering of human pathogens such as Hepatitis B or C as well as dengue. So, having genetic data can help us fight diseases more effectively.

How about autosomal DNA? This helps us predict the chances of someone to contract certain diseases. It’s always better to prevent than to cure.