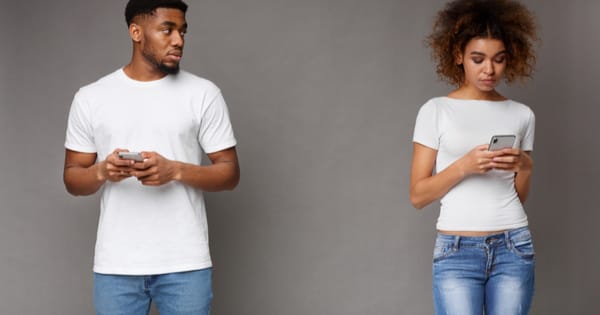 Fuck You for cheating on me. Fuck you for reducing it to the word cheating. As if this were a card game, and you sneaked a look at my hand. Who came up with the term cheating, anyway? A cheater, I imagine. Someone who thought liar was too harsh. Someone who thought devastator was too emotional. The same person who thought, oops, he’d gotten caught with his hand in the cookie jar. Fuck you. This isn’t about slipping yourself an extra twenty dollars of Monopoly money. These are our lives. You went and broke our lives. You are so much worse than a cheater. You killed something. And you killed it when its’ back was turned.

I found that quote appropriate in the same way I imagine anyone who has ever experienced the pain of someone cheating on them in a marriage or other serious relationship would find it appropriate. It probably could have included a few more “fuck you’s” honestly.

It would be easy enough to rant on about what happened, how much it hurt, and how damaging it was to my self-esteem for a few pages, but I’d actually like to talk about a more positive subject. For most of us, after some time, we try again with someone else, someone we want to trust, and assuming they are the right person for you, the only problem left is you and your past experience.

How do we trust someone again after being hurt so badly?

I was sitting on a beautiful beach on vacation in Miami, with a girl I was madly in love with; it should have been a perfect moment. Instead, we were arguing. I was being unduly jealous about a guy she works with, a guy who is now one of my best friends 3 years later.

What was I basing this jealousy on? A previous relationship. A previous cheater.

I realized that day I was letting my painful past threaten my happiness in the present. I was framing an entirely new person in a box they did not create or deserve. So how did I move past my fear?

1. You Couldn’t Have Prevented It

After you’ve been cheated on you sometimes think back to the warning signs. The weird moments that in retrospect were obvious tells that your S.O. wasn’t being honest. In those memories you’d like to believe if you had been a little more invasive or controlling, or maybe loving, you could have prevented the cheating before it happened.

The truth is you can’t, and shouldn’t attempt to control anyone’s actions. If someone wants to be with you and not cheat, they will. If someone wants to cheat on you, they will. It really has nothing to do with your choices. I’m not saying you were perfect, of course, you weren’t, but cheating isn’t some inevitable conclusion to a formula of both your actions added together. It is a choice that someone made, based on a million unpredictable factors, and ultimately you could not have done anything. Once you accept this lack of control, you realize that you will not be able to cause or prevent your new SO from cheating either. But if you want the relationship, and they are right for you, and they have shown every sign they are trustworthy, you must let the past go, and leap off the ledge once again.

2. Be Vulnerable and Honest

Make sure your new S.O. knows about your past, fully. Make sure they know how you’re struggling through it still. But also, you can only lean on that as an excuse for so long. Good people will be understanding, but that does not allow you to stop attempting to grow.

Yes. It is terrible what happened to you. It’s also terrible to continue to blame someone new for faults they did not show you. I cannot guarantee this new person will not hurt you, but I also know you’ll never see the true potential of your relationship unless you give them the ability to.

Relationships are hard. Accepting your past, moving forward to a new, vulnerable experience is both exciting and terrifying. You don’t want to get burned, so you psychoanalyze your partner’s every move. However, if you are unable to reach that vulnerable stage of trust again for fear of getting hurt, you won’t be able to have a true, honest relationship.

Communicate! Talk about your feelings. If you are feeling uneasy about a situation, put it out there. Sitting and ruminating about fake situations isn’t helping anyone. If you are feeling insecure, scared, or downright jealous, identify those feelings and communicate them to your partner. Relationships are supposed to be enjoyable. They shouldn’t feel like a minefield. By staying open and communicative, you and your partner will have a lot less stress (as well as not having a blowout fight about something that doesn’t even exist).

3. A Healthy Relationship Only Exists With Trust

At the end of the day, you can’t control what your S.O. is going to do, but not trusting them is a surefire way to make sure a promising relationship falls apart.

This wonderful article from Psychology Today describes how to build trust in a relationship. One of the major points is, “give the benefit of the doubt.”

What goes hand in hand with trust is setting aside your doubts — even if temporarily — and letting the person come through for you.

I’m not suggesting you should give your trust freely to everyone you meet. There are plenty of people out there who don’t necessarily deserve it. But if you have found someone you see a future with, you cannot let your past ruin that future.

It is important to allow yourself to be angry when you’ve been cheated on. It is okay to be hurt. It is not okay to carry over that anger and hurt when you’re trying to build a serious relationship with someone else.

Open up. Take a risk. Life is short. You may get hurt again, but what are we here for if we spend the whole time hiding behind our walls? Let the chips fall where they may, without trying to catch or maneuver them.

C. Alexander is an existential poet and perspective blogger living in Providence, RI. His book, The Cosmic Hello: Lessons in Codependence, is now available on Amazon. He has an upcoming poetry collection, Islands and Men being released by Finishing Line Press in early 2020. Sign up for his newsletter, Poetry and Pop Culture here: http://bit.ly/calexanderpoetry.

Facebook59Tweet2Pin3EmailShares64
wpDiscuz
0
0
Would love your thoughts, please comment.x
()
x
| Reply
Share this ArticleLike this article? Email it to a friend!
Email sent!