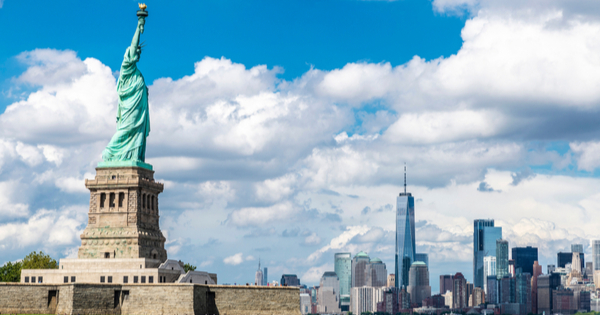 We’re a land of the free, because of the brave. We’re also a land of immigrants, and we have been for centuries. My mostly European family came here long before the crisis at our border. These days the world’s huddled masses aren’t welcomed by Lady Liberty or Ellis Island. Our humanity toward those seeking something better, whether the American dream or safety from an unsafe world, appears to most Americans as detention centers.

They aren’t detention centers though. The premise behind them is intended to provide dislocated civilians with safety. Through minimal expense and poor management on our part, these dislocated civilians are now subject to the brutality of American bureaucracy. Had they known government contempt and a lack of values is prevalent in our country just as in theirs, had they seen the contagious lack of human decency shown by officials in private Facebook groups, perhaps they wouldn’t have come to us for help.

I served in the Army and spent years overseas, working with people in the horrible conditions that make many flee. When I stepped on the battlefield, it was always in defense of the defenseless. The US Army’s Civil Affairs soldiers work hand-in-hand with civilians – parents, children, families. I’m a veteran now, and I haven’t been overseas in years.

But while overseas we fought to restore governments reverent of life and liberty, just like our forefathers. From violent mass casualties of suicide bombers, to captive families in need of delicate separating from terrorists, we’ve risked everything to spare and save people. The things Americans might only see in movies, and segments on the news, are now here in our neighborhoods. The combat we escaped now front and center as a daily spark to any residual post-traumatic stress.

Our defense at home isn’t soldiers though. Our defense lies with the political class. And there it dies, crushed by the weight of bureaucrats satiating a club of powerful influential and wealthy donors. Most Americans believe legislation is necessary to aid our gun violence ailment, and the world that once looked to Lady Liberty now sees cages and drowned families.

Americans now see growing support for specific legislation – weapon bans and background checks. This combination exacerbates the military-veteran community hanging on to creature comforts from our days of service. To those who have never served, to Americans that have never used force to secure freedom, this can feel threatening and alienating. My peers and I have sacrificed to secure this democratic experiment, and a few of us need Lady Liberty’s motherly welcoming embrace.

To the few with a beef over the right to bear arms, I ask you to let go of the tools we used to win wars. To the few with a beef over extra checks and scrutiny, I ask you to accept it not as individuals but as a community struggling with a suicide epidemic in need of overwatch. Accept these requests as continued service, an extension of your oath to protect our communities from threats, both foreign and domestic.

And to the few who served and learned to doubt, question, and fear those foreign in order to survive, I say this. Come to Ellis Island, tour the grounds and the monument. See for yourself. Your American bravery has always shined brightest in defense of the huddled masses.

To every veteran, I say—America needs you, once again, to lead from the front.

Army veteran, engineering enthusiast, aging athlete, founder of the Lift and Shift Foundation (new project weliftandshift.org/health), and... Dad (not in any particular order)