Get Daily Email
Join/Login CLOSE
Home / Featured Content / Want to be a Better Man? Remember Who You Are 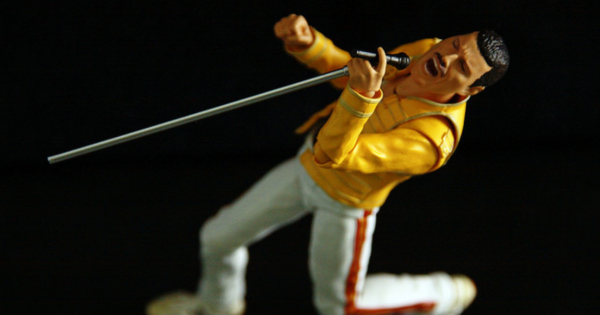 “This above all: to thine own self be true,
And it must follow, as the night the day,
Thou canst not then be false to any man.
Farewell, my blessing season this in thee!” – William Shakespeare, Hamlet – Act One, Scene 3

I believe this is one of the most misinterpreted quotes in all of Shakespeare’s catalog, to say nothing of English language literature itself. But as I left the film Bohemian Rhapsody last weekend, I couldn’t get that quote out of my mind and my space. And if Freddie Mercury were still alive today, I think he’d say the same thing.

Full disclosure, I am not a huge Queen fan. I dig a few of their songs – Rhapsody being one of them for the sheer courage and…well…the balls it took to pull that song off. They’re not in regular Spotify rotation, if you know what I mean.

While I’m not a huge Queen fan, the film gave me a new appreciation of the guys in the band. The mere fact that Brian May is one of the finest guitarists in rock history, and he has a PhD in astrophysics speaks to the caliber of guys in the band.

I could write a whole article about May’s homemade guitar – “The Red Special.” May and his father carved the guitar body out of an old table top, and the neck out of an old fireplace mantel. That’s an awesome story in and of itself. And he still uses that guitar as his main stage axe over 50 years later.

Back to the film, Bohemian Rhapsody is a good movie, but it could have been a lot better. And it does show the genius of Brian May, drummer Roger Taylor, and bassist John Deacon.

But make no mistake, Freddie Mercury is the central character of the film. And believe the hype – Rami Malek will definitely be nominated for an Oscar for his performance.

And while this isn’t a movie review – this is one of my be a king articles – there is a spoiler that I’m going to talk about. So, if you haven’t yet watched the film, quit reading this article. Go watch the movie. And come back to this article.

Oh, and hire a coach. #gnomesayin?

The film plays fast and loose with certain events of Freddie’s and Queen’s timeline. It was a couple years after their iconic performance at 1985’s Live Aid show in London that Mercury was diagnosed HIV positive, and eventually AIDS positive. The film shows Mercury breaking the news to his bandmates during rehearsals for Live Aid.

What I want to speak about is Freddie’s descent into addiction, casual sex with numerous men, and deep self-hatred. His descent into madness, as it were.

This movie was definitely “Hollywood-ified.” But I think it was a pretty solid characterization of who Freddie Mercury was.

Here’s a kid who was from a working class, conservative, Parsi family. Originally from Zanzibar (now Tanzania), Farrokh Bulsara didn’t really know who he was.

He knew he was a gifted singer, but he didn’t know who he was as a human being.

He meets a young woman named Mary Austin while in school. And he developed a deep and real affection for her. I believe he put on a brave face while in relationship with her. While he loved Mary deeply, she wasn’t who and what he wanted.

As Freddie’s fame increased, so did his promiscuous sex life, wild and lavish parties, drug use, and oddly enough, his isolation.

Freddie Mercury was a man with a once in a lifetime voice. He had the fearless charisma to be able to hold stadiums full of rabid fans in the palm of his hand. And he was terribly alone.

By most accounts, Freddie was a shy, reserved, and quiet guy off stage. But put that broken mic stand in his hands, and thousands of adoring fans in front of him, with Brian, Roger, and John behind him, he transformed into another man. He transformed into the finest front man in rock music history.

I’m a pretty solid judge of human character. I read people very well. I’m a great people watcher. And if I was better at math, I’d be a fine poker player. And I believe when Freddie came to terms and accepted who he was wholly and completely – only then was he able to find his voice as a man.

Let this be the lesson of this article. When you don’t accept who you are and who you’re being in the world, it’s simply impossible to be happy.

To bring this back around to me – because this is always about me – here’s a story from my personal life.

I was recently a guest on a TV show. This was a cable access talk show in Putnam County, New York called Welcome to Wellness. While it isn’t The Late Show…yet, it was a big damn deal for me. The first of many TV appearances, I’m sure.

I was able to speak about everything from my coaching pursuits, to my personal body transformation, to my books, and even the Good Men Project. It was a surreal experience and one that I wouldn’t trade for anything.

And even as proud as I am of my appearance on my friend Emily’s web radio show this summer, I believe I put on an act a little more than I usually or should put on.

I put on this act because I didn’t accept who I was being. I didn’t think that simply showing up and being Ryan was enough.

I consciously made a choice as I sat on that TV show set. I made the choice to let my truth show up. And I made this choice even as the cameras started to roll.

The opening music of the show is a clip from Vivaldi’s iconic piece Spring. And when that rolled, I felt my body and my entire being tense up. Truthfully, I felt like I was either going to cry or was going to go full “Ronnie Radio” on this show.

{Side note, I don’t know if Ronnie Radio is a thing outside of my Dad’s imagination…}

When I felt this happen, I took a deep breath. I centered and grounded myself, and I said to myself “Remember who you are.”

And I felt my entire being sag like a drum head. And my authenticity and my vulnerability were on full display on this show.

I accepted who I was being, and my truth shone through.

It wasn’t until I started accepting my faults and my warts was I able to find presence and happiness.

It wasn’t until Freddie accepted who he was – warts and all – was he able to find happiness and presence.

Want to know the irony of it all?

It wasn’t until I started accepting all of me that I was able to take my work to the next level. Hello Again, coming to bookshelves soon. Just sayin’.

And it wasn’t until Freddie started accepting all of him that he was able to take his work to another level. Do yourself a favor and listen to his operatic song Barcelona. It’s like nothing you’ve ever heard.

Self-acceptance is the first step to self-love. Let me support you to be able to find that self-love.

Big things are coming to Royal Hearts Coaching very soon. If you want to take your life to the next level, I want to support you.

Email me at [email protected] and we can arrange for a discovery call to see how I can support you.

Accept your truth. And set your soul on fire.

Facebook35TweetPinEmailShares35
wpDiscuz
Share this ArticleLike this article? Email it to a friend!
Email sent!