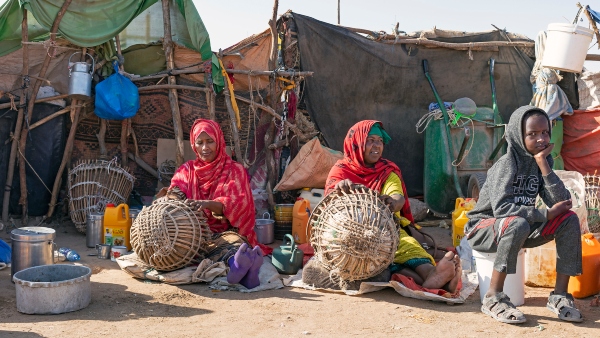 LONDON, 19 October, 2018 − Climate change driven by human-induced global warming could recreate the conditions for a re-run of one of the most tragic episodes in human history, the Great Drought and Global Famine of 1875 to 1878.

Those years were marked by widespread and prolonged droughts in Asia, Brazil and Africa, triggered by a coincidence of unusual conditions in the Pacific, Indian and North Atlantic Oceans.

The famine – made more lethal by the political constraints linked to 19th-century colonial domination of three continents – is now thought to have claimed up to 50 million lives.

And the message contained in new research published in the Journal of Climate is stark: what happened before could happen again.

One of the triggers was a cyclic blister of Pacific warming called El Niño, known to reverse global weather patterns, scorch rainforests and destabilise societies.

Another factor was a set of record warm temperatures in the North Atlantic that have been linked to drought in North Africa.

A third was an unusually strong Indian Ocean dipole, a natural cyclic temperature change that has recently been linked to famine in the Horn of Africa.

The 1875-78 drought and famine began with the failure of the monsoon in India and China, leading to the most intense drought in the last 800 years. So many died in Shanxi province, China, that the population was restored to 1875 levels only in 1953.

The combination of record ocean temperatures and a very strong El Niño also intensified and prolonged droughts in Brazil and Australia. One million people are thought to have perished in the Nordeste province of Brazil.

In India, British colonial powers hoarded grain and exported it to England while continuing, the authors say, “to collect harsh taxes”.

Hunger, followed by typhoid and cholera, so weakened Asian and Africa societies that the French could colonise North Africa, and British forces could finally defeat the Zulu Nation in South Africa in 1879.

In effect, the authors say, the famine helped advance global inequalities and divide the globe into “first” and “third” worlds.

In her latest study, she and colleagues looked closely at historic records and what climate scientists call proxy evidence – tree ring measurements around the world, for instance – to identify the global climate conditions that must have driven the drought and famine.

In fact, food security and the impact of climate change has become a recurring research theme.

Scientists have repeatedly warned that human-induced global warming can only intensify drought, not just in those already vulnerable regions but also in the fertile and flourishing farmlands of the US and the teeming rainforests of the Amazon.

Studies of the deep past have identified catastrophic, prolonged drought long ago in the eastern Mediterranean, birthplace of agriculture and again suffering from recent sustained drought.

More recent research has confirmed that heat extremes and drought could seriously afflict grain yields in Europe and crop yields worldwide, while drought and monsoon failure present an immediate threat to food supplies in south-east Asia.

Agriculture anywhere is always a gamble on the familiar pattern of climate. Farmers tend to go on planting crops that do well, and some farmers, somewhere, will always experience crop failure.

However, the latest study confirms that any change in the global forces that drive weather – and these include air and ocean temperatures – could also make more probable a kind of multiple disruption of the normal.

And that, the researchers suggest, could bring back the triple hazard of disastrous change in all three oceans at the same time. Widespread, sustained drought could become even more severe.

In the last 150 years, the world has changed, politically and economically, but the researchers say that “such extreme events would still lead to severe shocks to the global food system, with local food insecurity in vulnerable countries potentially amplified by today’s highly-connected global food trade network”.

And they argue that better understanding of how the machinery of climate works to produce such devastating drought “should translate into improved prediction of the consequences of any such future event and allow effective management of the resulting food crises, so that the next Great Drought does not trigger another Great Famine.” – Climate News Network