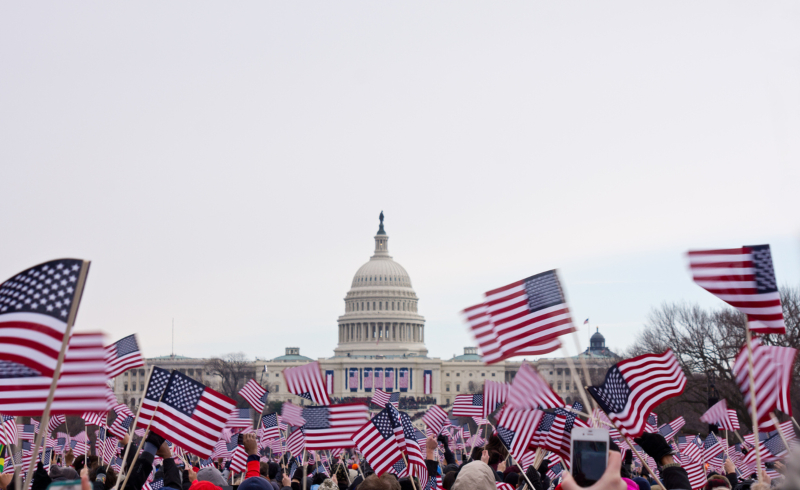 Born without software responsible for empathy, installed standard in most human operating systems, Donald Trump has made his “Me First” (which he refers to as “America First”) his policy number one.

During his time in office, he showed no perceptible empathy among images of drowned children and babies washing up upon Mediterranean shores after their rickety boats tossed them and their families into the cold sea as they attempted to flee their war-torn countries.

In two consecutive White House Executive Orders, he banned Syrian refugees, in fact, refugees from most Muslim-majority countries, from immigrating to the United States.

Why haven’t the pictures of the thousands of diseased and impoverished faces of people forced to live in refugee camps moved this President to act with empathy rather than with apparent contempt?

Why haven’t the names and images of over one-quarter million deaths and over 13 million others infected with the Corona-19 virus moved him out of his denial and deflective mode to mount a systematic and constructive national mobilization effort?

In his brief time in office, Trump has declared war on the environment and the health of all living things by proposing a substantial budgetary reduction of an estimated 24% and a staff cut of 20% to the Environmental Protection Agency, lower automobile emission and fuel efficiency standards, relaxation of prohibitions against dumping toxins like coal ash into streams and rivers, reinstatement of the potentially environmentally damaging Dakota Access and Keystone oil pipelines, and increased coal mining, natural gas, crude and scale oil drilling.

In his wide-ranging executive order, he further reversed Obama-era environmental protections by reducing governmental regulations on the coal and oil industries that were intended to curb greenhouse gases. Specifically, Trump repealed Obama’s moratorium on coal mining on federal lands and on coal-fueled power plants, and advised federal agencies to “identify all regulations, all rules, all policies…that serve as obstacles and impediments to American energy independence.”

Trump supported the so-called Trump/Ryan (Tryan) “American Health Care Act” proposal that, if passed, would have cut millions of people, including children and little babies, from affordable health care insurance. He has since taken his case to the Supreme Court to effectively terminate the Affordable Care Act amid a deadly pandemic.

How could anyone with the least modicum of empathy forcibly separate young children from the arms of their desperate parents and lock them away in wire cages with some remaining separated?

As we commemorated the 57th anniversary of the tragic assassination of John Fitzgerald Kennedy, our 35th President. During his Inaugural Address on January 20, 1961, he challenged us all to contribute to the good of our nation in his now-famous words:

On each day of our 45th President’s tenure, Donald John Trump has reversed and distorted Kennedy’s challenge by figuratively demanding:

Several times each day, political historians and pundits label Trump’s statements and actions during his run for the U.S. presidency and throughout his residency in the White House in such terms as “unprecedented,” “abnormal,” and “surprising,” and describe him as “breaking norms,” “going against transitions” and “standard practices,” “violating rules,” “being a disrupter” and “a street fighter.”

Though Trump’s conduct is certainly unprecedented and surprising in the annals of presidential history, when examined under the psychological lenses of personality disorders, it comes into clear focus and as just another day at the office.

One does not have to have earned a Ph.D. in psychology to identify Donald Trump as someone suffering from personality disorders because he clearly manifests many if not all its symptoms.

The American Psychiatric Association defines a personality disorder as:

…a way of thinking, feeling and behaving that deviates from the expectations of the culture, causes distress or problems functioning, and lasts over time….Without treatment, the behavior and experience is inflexible and usually long-lasting. The pattern is seen in at least two of these areas:

Antisocial (a.k.a. Sociopathic) Personality Disorder: repeatedly discounts or infringes on the rights of others, and is unreliable. A person with antisocial personality disorder often violates social norms and rules, constantly and pathologically lies, manipulates, cheats, betrays others, acts rashly or impulsively, lacks remorse, shame, and guilt, needs constant emotional and physical stimulation, is often paranoid, and acts as an authoritarian.

According to Greek legend, a young man was so fascinated, awestruck, and enraptured by his own image reflected on the surface of a pool that he sat lovingly gazing at water’s edge for so long that he succumbed to his own vanity and eventually transformed into a flower that carries his name, “Narcissus.”

The American Psychiatric Association, in its Diagnostic and Statistical Manual II (DSM) lists “Narcissism” as an emotional problem and “Narcissistic Personality Disorder” (NPD) with a number of characteristics. These include

As former Utah Republican Senator, Bob Bennett, lay dying at George Washington University Hospital in May 2016 in his battle with pancreatic cancer and then partial paralysis from a stroke, he called his wife Joyce and son Jim over to his bed to express his last wish. Quietly and with a slight slur in his voice he said:

Are there any Muslims in the hospital? I’d love to go up to every single one of them to thank them for being in this country, and apologize to them on behalf of the Republican Party for Donald Trump.

Earlier when he was in better health, as he moved through an airport traveling home from Washington, D. C. to Utah for Christmas, Bennett walked up to a woman wearing a hijab telling her he was glad she was in the United States, and apologized on behalf of the Republican Party, especially for Trump’s call to temporarily ban all Muslims from traveling to this country.

Possibly for Bennett, his connection with members of minoritized and often vilified religious groups stemmed from his own Mormon background. For Bennett to slip on the shoes of Muslim Americans may have been a fairly close fit since his faith too has come under constant attack since its founder, Joseph Smith, introduced Mormonism and the Latter-Day Saints Movement in the early 19th century C.E.

During the Republican presidential primaries in 2012, for example, members of his own Party referred to Mitt Romney’s Mormonism as “a cult,” a belief inspired by the Devil, and something un-Christian.

Bob Bennett made visible the noble and all-to-rarely expressed notion of deep and profound empathy. In the truest sense, “empathy” has been defined as the symbolic ability to step into another person’s shoes and stroll down the streets of another’s neighborhood without actually traveling.

But what about for people who claim never to have experienced incidents of marginalization, of feelings of being, looking, or thinking differently from others in certain contexts in their lives? Would they find the empathy hill steeper and more difficult to climb? I believe not!

As we understand in psychology, unless there is some kind of developmental delay, infants demonstrate the rudimentary beginnings of empathy whenever they recognize that another is upset, and they show signs of being upset themselves. Very early in their lives, infants develop the capacity to crawl in the diapers of others even though their own diapers don’t need changing.

Though empathy is a human condition, through the process of socialization, others often teach us to inhibit our empathetic natures with messages like “Don’t cry,” “You’re too sensitive,” “Mind your own business,” “It’s not your concern.” We learn the stereotypes of the individuals and groups our society has “minoritized” and “othered.” We learn who to scapegoat for the problems within our neighborhoods, states, nations, world.

Through it all, that precious life-affirming flame of empathy can wither and flicker. For some, it dies entirely. And as the blaze recedes, the bullies, the demagogues, the tyrants take over filling the void where our humanness once prevailed. And then we have lost something very precious, but something that is not irretrievable in many people, not irrevocable.

Empathy, however, has always been an antidote to the poison of prejudice, discrimination, stereotyping, and scapegoating, and to bullies and demagogues who take power and control. Empathy is the life force of our humanness, and Bob Bennett, for one, led his life by example.

While Trump has not transformed into a beautiful fragrant flower as did the character of Narcissus in the Greek legend, we, nonetheless must ask some critical questions.

How did Trump as someone who clearly suffers from serious personality disorders garner so much support from the electorate to have vanquished 16 Republican candidates and his Democratic challenger to win the right to occupy the most important and powerful position in the world?

We can never again elect such a deeply flawed and damaged person to the high office of President, for our very democracy, our very nation is at stake!

May Bob Bennett’s memory be blessed as we resurrect the empathy in us all.

FacebookTweetPinEmailShares1.7k
wpDiscuz
0
0
Would love your thoughts, please comment.x
()
x
| Reply
Share this ArticleLike this article? Email it to a friend!
Email sent!