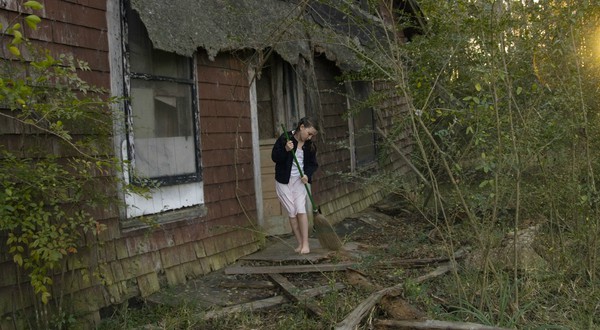 —
Little known fact: apparently all white people are from Appalachia.

Not really of course, but you’d think we were after listening to how most of us respond whenever someone brings up the idea of white privilege: the notion that whites, on balance, have advantages over people of color in things like the job or housing markets, educational quality and access, and treatment in the justice system.

Whenever the issue is raised, it seems like every white person is suddenly a coal miner’s daughter (or son), or at least knows someone who is. After all, what better way to repel the suggestion that one has advantages over others than to lay claim to one of the poorest identities around — the one that attracts so much attention with regard to the opioid crisis and forms the basis of many a heart-rending media profile in the era of Trump?

From J.D. Vance’s best seller, Hillbilly Elegy, to multiple New York Times portraits of the desperation of mountain folk in the hills and hollers of Kentucky or West Virginia, the people of Appalachia are the nation’s new obsession. And they serve as the perfect symbolic foil to any claim that being white still pays dividends in this country.

To be sure, that poverty is genuine, and the claim it places on our conscience and the need for serious public efforts to address it are both absolutely real. Millions of white folks (and not only in Appalachia) are hurting due to deindustrialization and economic shifts that have worked to enrich mostly the top 0.1 percent at the expense of the rest of us.

That said, it is also the case that racism and discrimination against people of color continue to marginalize black and brown folks, and that whiteness still carries with it real and tangible advantages — the flipside of that discrimination — which equally deserve attention. And these advantages are not erased because some white people live in trailer parks.

Surely no one would deny white privilege during those periods of formal white supremacy. Despite the millions of truly desperate whites who lived in those times, any remotely rational person would acknowledge that on balance, it paid to be white in America. So the mere existence of whites who struggle means very little to larger social reality.

Here’s an analogy to demonstrate the point. Consider persons with disabilities. Some among these are obviously affluent, with the financial means to provide for their families, live in large homes, and lead comfortable lives despite their infirmity. Alternately, we can envision plenty of able-bodied folks who are poor, have lost their homes to foreclosure, and have been laid off from their jobs. That said, would anyone point to these well-off disabled folks and their poor but able-bodied counterparts as proof that the able-bodied weren’t advantaged as a general rule, vis-a-vis the disabled? Of course not. Able-bodied privilege is a social fact, which remains every bit as factual even in the face of individual able-bodied persons who experience barriers on the basis of class.

Or consider an even more obvious example. Suppose I were to say, “smoking cigarettes causes cancer.” On the one hand, scientists can say with absolute certainty that there is a positive and significant correlation between smoking cigarettes and cancer, and that this correlation is strong enough to be causal for millions of people.

But let’s say you have a great aunt Polly.

And let’s say Polly has been smoking unfiltered cigarettes for fifty years, and hasn’t developed so much as a cough. And let’s say there are literally tens of thousands of people like Polly out there, as there likely are. Would you then be able to claim that your Aunt Polly’s experience (and the experiences of others like her) somehow debunked the larger truth of a link between smoking and cancer?

Of course not. Your Aunt Polly is not a rebuttal to larger social reality. Not all people who get shot in the head die, but this doesn’t negate the fact that if you get shot in the head you probably will. Individual anecdote and exception cannot disprove observable, statistically significant and quantifiable evidence that points in an opposite direction.

So, in the case of Appalachians, the proper test of their racial privilege (or lack thereof) would be to compare whites in the region with blacks in the same region and then ask, do whites have an advantage or privileges relative to their regional counterparts of color? That most people aren’t even aware of the existence of blacks in Appalachia (though they comprise about 6 percent of the region’s population, and are among the poorest) seems a pretty good answer to that question.

That whites are the ones we instantly think of when we think of Appalachian poverty, and the ones for whom we typically then express great sympathy, seems to indicate a very substantial kind of privileging; a kind that erases from our consciousness altogether the problem of rural black poverty as though it were a non-factor.

Our response to the opioid crisis crushing rural white America is a good example of the way privilege works. Unlike prior drug epidemics that disproportionately impacted communities of color, and were met with calls for mass imprisonment — heroin in the ‘70s and crack cocaine in the ‘80s and early ‘90s — compassion and a desire for treatment have been the most prevalent responses to the opioid epidemic.

In the wake of Trump’s election, reporters have flocked to rural America, and especially Appalachia, to find out what makes the people tick, to showcase their pain and sense of loss, and to give voice to their frustrations at disappearing jobs, cultural isolation and the death of their communities. Politicians scramble to insist we must “bring jobs back” to those economically ravaged areas, because these are salt of the Earth, hard-working people who’ve been shafted by globalization, or so we’re told.

But when manufacturing jobs began abandoning urban centers in the 1970s — leaving millions of black and brown folks in the lurch — there was little such sympathy. Poor folks of color were told to pick themselves up by their bootstraps, move where the jobs were, and stop looking to others to fix their problems.

It’s been like this for a long time. Historically, as Martin Gilens explained in his book Why Americans Hate Welfare, as the media imagery of the poor began to shift in the early 1970s, from mostly white and rural to mostly black and urban, public animosity towards the impoverished rose in lockstep.

As contrasted with the mostly sympathy-filled portrayals of the Dust Bowl poor in the ‘30s, or the white families that were losing their farms in the ‘80s, black families suffering the decline in city-based manufacturing employment, as well as racism, redlining by banks and neglect of urban school infrastructure, were viewed as responsible for their own plight.

That today’s struggling whites are cast in far more sympathetic terms is a form of privilege.

So yes, millions of whites are in pain. And that pain deserves to be addressed. But so too must we address the pain of racial inequity, which continues to marginalize people of color and elevate whites as a general rule. Black workers are typically the first fired in an economic downturn, and remain twice as likely to be unemployed and are three times as likely as whites to be poor, in good times or bad, and irrespective of educational attainment.

Furthermore, according to Thomas Shapiro’s groundbreaking work on the racial wealth divide, whites in the bottom fifth of all white households (in terms of income) have, on average, seven times the net worth of similar blacks. In large part this is due to an advantage in home ownership thanks to passed-down property from parents. Indeed, the median net worth for white households headed by high school dropouts is higher than the median net worth for black and Latinx households headed by college graduates.

None of this takes away from the real economic struggles faced by millions of white families. But it does suggest that people of color face those struggles and then explicitly racial ones too. To acknowledge this truism does not mean that racism is more important than classism, or that issues of white poverty should take a back seat. But to avoid the conversation about racism and white privilege is to evade a fundamental truth.

Solidarity requires that we take all suffering seriously. Those of us who have long fought white supremacy have always acknowledged the vagaries of the class system and the misery it inflicts on poor and working class white people. It would be nice if most white folks, quick to raise the specter of white suffering as a deflection technique, would be as willing to do the same when it comes to racism and its effects on the black and brown.