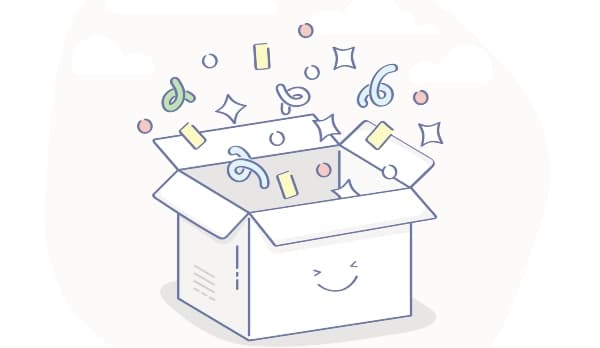 When studying unintended consequences and second-level thinking, the least common category of example is the unexpected benefit. This is a positive, yet unexpected or unpredictable outcome from an action.

Compare against the unexpected drawback (unexpected detriments that occur in addition to the desired effect of the solution) and the perverse result (the “solution” makes the problem worse).

And a scan of common examples makes me believe that some of what we call unexpected benefits are improperly classified.

There are few recognized unexpected benefits (though there are also problems with how we evaluate them) but a common category is that of “No Man’s Lands,” such as those created as a buffer between two warring states, or locations that are still too dangerous for humans because of the impact of a past war or other disaster. Famous modern examples include the demilitarized zone (DMZ) between the two Koreas and the Zone Rouge in France.

The DMZ in Korea is 150 miles long and 2.5 miles wide, running the width of the peninsula. Since its creation in 1953 after the cease fire, the DMZ has been reclaimed by nature. Animals not found elsewhere across the Korean peninsula thrive there. It’s the kind of natural setting with minimal human contact that is rare even in nature preserves.

In the Zone Rouge, the ground is so polluted with unexploded shells and heavy metals from WWI that even a century after the war it is not safe for human habitation. Remnants of destroyed villages are still there, uninhabited for 100 years. So in both of these no man’s land examples, humans are kept away out of safety. Just for different reasons.

The natural environment of these no man’s lands is what some people claim to be an unexpected benefit.

To evaluate these examples as potential unexpected benefits, we set aside the great losses to life that preceded the creation of these zones. Determining whether there are unexpected benefits does not rely on a balance between positive and negative effects. E.g. we’re not trying to compare the loss of life in WWI and the Korean War with nature’s reclamation. If we did, the scale would tip heavily to the loss side. Such a balance is a distraction from evaluation as a possible unexpected benefit. In theory, there could be an unexpected benefit arising from a great disaster. That’s just not the way to frame these two common examples.

My chief complaint about including these two examples as unexpected benefits is simply that their present-day outcomes are highly predictable. We know how to evaluate the natural reclamation of long-standing human habitats, based on climate, size of the area, behavior of local species, and previous human activity. Even in the case of the Zone Rouge, we can estimate how long the heavy metal pollution will last or when techniques for cleanup are economical enough so that the land could be reclaimed by humans, if desired.

No second-level thinking is involved. The outcomes are direct, predictable, and well-understood. So I say that these two often cited examples are not unexpected benefits at all. They are part of an inevitable and predictable process.

Another common category of example is the sinking of ships in shallow waters during wartime. These sunken ships led to the creation of artificial coral reefs, which increased tourism (recreational divers), protection of the coastline, and habitats for marine life. More recently, decommissioned ships have been intentionally sunk in order to create or strengthen reefs.

Here I give partial credit. Perhaps originally, the effect of sunk ships was not understood well enough to predict outcomes. But then the heightened number of ships sunk close to coastlines at wartime was later discovered to provide examples of reef reformation. Then that effect was deemed desirable and created intentionally. So while the wartime sinking of ships might have created an unintentional benefit, since the effect is now partially understood, is it still an unexpected benefit? Or is it now an example of what we have learned about interactions in a complex environment?

What about the dangerous other unknown and unpredictable detriments that the sinking of these ships may be creating? Unlike a no man’s land returning to nature (the inevitable, predictable process), the sinking of ships creates less certain outcomes. The desired outcome is more specific than “returning to nature,” in which many types of “return” could apply. In the case of the ships, the desired outcome is specific to reef strengthening or formation. These outcomes are less certain. In the case of the USS Kittiwake, sunk off the California coast in 1994, the ship shifted during a tropical storm in 2017 and ended up damaging coral, the opposite impact intended.

And then some other actions may be sometimes beneficial and sometimes harmful, depending on the context. An example of that comes from the effects of aspirin when taken not as a pain killer, but for its other unexpected benefits. Note that there are two different effects that sometimes are mixed up. One is that aspirin taken immediately for a major heart attack and the other is aspirin taken to prevent a first heart attack or stroke. In the first case, the effect is positive (efficacy measured in deaths) and in the second case, the effect is overall negative (efficacy measured in future heart attack, stroke, or death).

The aspirin examples are actually very different. In the first, aspirin was taken by the patients only when they were believed to be having a major heart attack. The only measure of success in this study is impact on the death rate one month out. In this case, aspirin has a number needed to treat (NNT) of 1 in 42 (which is pretty high compared to other medications).

The second case is more complex. Here, aspirin is taken regularly as a way to reduce the future risk of a first heart attack or stroke. In other words, if it works in the extreme case (heart attack just happened) the theory was it could help prevent the extreme case from ever happening. It didn’t work out that way (see links above).

Does the category even exist?

I wonder if there are true unexpected benefits. The common examples of their existence fit into predictable models. Or, more accurately, once we understand how they work (though not always the mechanisms that make them work) what were unexpected benefits become expected and predictable. An unexpected benefit should go away (the lack of understanding, not the positive outcome) once it is identified. This is a characteristic not seen in the other two categories of unintended consequences.

A version of this post was previously published on unintendedconsequenc.es and is republished here with permission from the author.