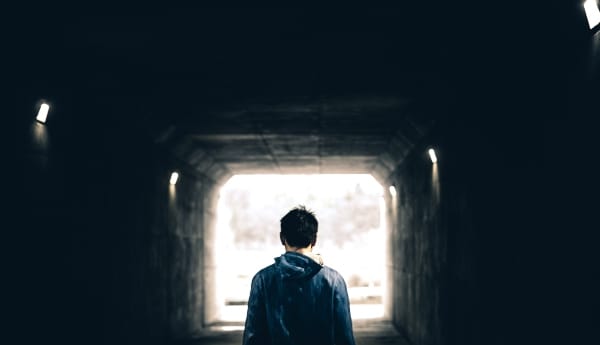 I sat in my Human Physiology class the other day, paying absolutely no attention and freaking out about how there was something drastically “off” in my life. Normally, I would have brushed it off. I, and most people, have an existential crisis a day.

However, this one was just different. There are a lot of things that I try to excel at in college: academics, athletics, writing, and work. At various times, I have been more successful than others. But even during those times when I seem to have “it all” can feel empty. I once had a GPA of 3.98 for a semester, taking organic chemistry and biology (an A- in biology lab did me in), and didn’t feel any better for it. It was something I worked incredibly hard to achieve, but once I was there — I realized how isolating being there was when I was neglecting other parts of my life that I will remember at the end of the day.

In addition, someone I respect talked an encounter with his friend, a cardiologist. He was a cardiologist who was widely respected in his field, made a lot of money, and had a loving family. But the cardiologist and said, “I’m so lonely,” and the friend said, “what are you talking about? You have it all.”

Now, my semester GPAs are lower, but still very respectable, and I’m happy that I can pay more attention to those other things, like writing these articles or spending more time with my friends. But I thought about what I was still trying to do in college in my daily life — keep getting really good grades and run really fast times in track and cross country, or eventually get a financially secure career. But none of these could be the end all be all for me.

Anything that is inherently tied to numeric results is something that will fluctuate with just that: results. They just couldn’t be there for me when they weren’t working — which will happen more often than I can ever plan for.
One time, my coach had one of my friends and teammates talk to the rest of us about finding a concept of joy in your lives. When it seems like nothing else is going right in your life, that concept has to be your crutch.

For him, it was his faith in Jesus Christ, but the message for the rest of us is that it had to be something that would be a human element to our lives.

I felt like I had my team and my friends, but I knew how often I would channel things in and not talk to people whenever things were wrong.

I knew how even if things were going perfectly, I could still feel like there’s a missing piece.

So for me, I want to rekindle and devote a much bigger part of myself to my faith in Christianity based on the notion that I am missing that joy. There were simply great Christians I met who put my life in the right direction and gave me hope again, after I lost it many years ago. I could be doing it for all the wrong reasons. It could be selfish and misguided. But I don’t know where I’ll be in a week or even tomorrow: all I know is what I can do right now. I would rather find out that I’m wrong and that it isn’t for me while trying to my fullest.

There’s a scene in “The Wire” when Cutty, a legendary hitman, is released from jail and starts working again for his drug organization. Although a minor character arc, I found it incredibly profound: Cutty realizes, after being back in the game for a while, that it just isn’t for him anymore and wants out, and the following scene ensues:

Avon: “But you ain’t got shit else, you know what I’m saying? So what are you gonna do?”

What I realized for myself was that living a life where I defined myself based on the numbers I achieved was the game for me. I don’t know where I’m going, but I just knew that the end all be all couldn’t be any of the numbers. It has to be something else, even if I don’t know what that is right now, and I’m just going to live my life and find out what that might be. For a long time, it’s going to be a test of whether it really is my faith or not.

And once you’re done reading this, I want you to ask yourself — what’s your end all be all?

This article was originally published at theodysseyonline.com on April 11, 2018.