Get Daily Email
Join/Login CLOSE
Home / Featured Content / When Men Say, ‘I Am Not a Rapist’. 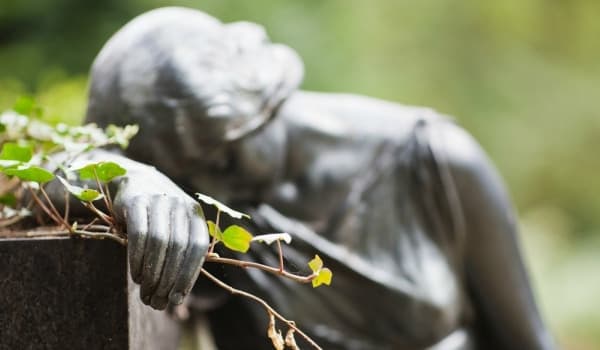 Men can live in a world of sexual harassment and violence against girls and women and not be impacted personally. This is the privilege of being male. When this is pointed out to us, we become uncomfortable, then annoyed. As if we ourselves are being victimized because we’re not being allowed to go on ignoring it all.

So, yes, men can live life untroubled by sexual harassment and violence against girls and women. All we have to do is one simple thing. Just stay on the sidelines. Be good men, sure, just don’t rock the boat, just be quiet about it all. Then our levels of stress are pretty low. We’re chill, right?

Sure, maybe sometimes we have to give some angry women some pushback. You know, #NotAllMen and so on. We have to clarify, “I don’t rape” or “I don’t know anyone who rapes.” But that’s just us making sure people know we’re good men. Then we can go back to ignoring this issue that we’re not personally creating.

But one nagging question remains. What kind of good man gets annoyed when girls and women challenge them to help? When a house is burning do we stand by and say “Well, I didn’t set that fire?”

Fuck no, we don’t. We get a bucket and we fight the fire. First and foremost, it is part of our larger moral obligation as human beings. Not to mention the fact that someday our house or the house of someone we love will be on fire. It works the same way with sexual harassment and violence. Fighting against the abuse of others is a moral responsibility. But let’s bring it closer to home. It isn’t that someday a woman or girl we love may be the target of a predator, they already are. This fire is now. We are called to help NOW.

Men cannot actually live a life of privilege ignoring sexual violence against women. Lord knows a lot of us to try, but it won’t work. We aren’t as immune as we might think. The levels of trauma rape creates globally is damaging to us all. Women we know and love are daily being harassed and assaulted. One in five women will be rape survivors. We are already standing in that burning house. Ours.

While predators are a smaller group, there are tens of millions of men who remain silent in the face of cat calling, locker room talk, rape jokes, dick pics and all of the daily assaults on women’s dignity and autonomy. Our silence allows for our culture of masculinity to be defined by abusers. Of course, all who indulge in locker room talk are not rapists, but they certainly contribute to a culture in which rapists and abusers can more easily hide.

So, great. You are not a rapist. But the fact is there will be no peace and no comfort for men until all of this denigration and sexual assault against women ends. We don’t get to enjoy our comfortable lives until we insure the lives of all others are equally safe and comfortable. Sorry to guilt you boys, but this is how morality actually works. No comfort while wickedness abides.

Also. A culture that refuses to tolerate sexual harassment and violence against girls and women would also refuse to accept it against boys and men. Zero tolerance against sexual violence is a debt we owe future generations.

For men, the choice to take action can’t be based on whether sexual assault will happen or has happened to a girl or woman we know. That’s not an acceptable reason to take action because it grants the possibility for inaction. “It hasn’t happened to a woman in my circle” becomes our excuse to remain silent. And the reason it’s a particularly bad metric for taking action is that we don’t actually know which women in our circles are survivors of rape. It’s a story our mothers, sisters, and daughters don’t share with us because they are protecting us.

All the women we know have been harassed, so in our hearts, we know our inaction on speaking out is already suspect. But whether or not we know a survivor can’t define the baseline moral imperative here, otherwise, it’s back to self-interest, again. It’s back to a world built around men and what we decide is important.

As men, we have a moral responsibility. We must stand up for everyone, everywhere and speak out against sexual violence against any human being, man, woman, boy or girl, stranger or friend. That is the baseline moral imperative that will define a good person. We must all stop averting our eyes and take action.

Men, it’s past time to make this happen.