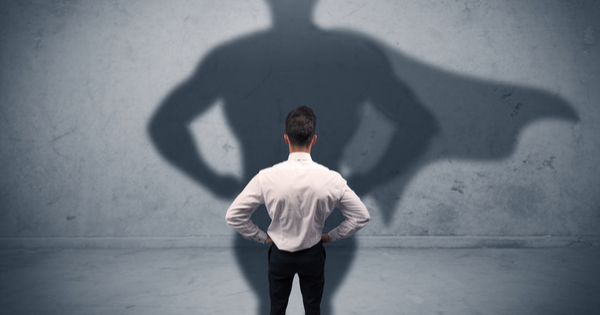 Almost two years ago I was approached by a recruiter from an advertising agency. I was fascinated by the idea of pharmaceutical marketing, and I thought my experience in medical research would ease yet another career change. Until then I was tucked away in a lab. But a few days after crawling out of my shell, it was clear my new strategist role connected a lifetime of experience. But bartending in my youth, medical research, and the study of engineering were only a supporting cast of contributions, they strengthened my Civil Affairs background from the US Army.

Like advertising, Civil Affairs encompassed a vast number of specializations. It was always the heart of that job that secretly captivated me — success depended on understanding others and communicating your inner thoughts to another human being. It’s one of those evolutionary qualities that separates humans from the other animals. Whether it’s podcasts, business meetings, or presidential debates, we’re doing our best to convey a message that connects people.

Over time we develop a method to our madness, as our communication slips into styles and strategies. Professors and mathematicians delicately convey the concept of a limit as they introduce calculus to potential engineers, while the US Army demanded our writing be clear and concise to the 10th-grade reader. TED talks prepare with entire teams behind the scenes, and we lined the streets to buy iPods after every theatrical ah-ha moment from the iconic Steve Jobs. Everyone has favorite communicators. As a parent, but also as a soldier tasked with humanitarian assistance during conflicts, one of my favorites is our friendly neighborhood Fred Rogers.

Mr. Rogers’ efforts to absolve himself from hidden inference and bias led to the set of communication rules known as Freddish. His editorial guidance was based on anticipating responses. As if they were in your home to deliver the script in person, he was basically asking his writers to imagine the whole conversation. The process was a tedious repetition, focused on how a child might respond. Under this framework of steps lies an undisclosed communication principle, it’s implicit and it applies to conversation. Leaders from the battlefield to the board room can often distinguish themselves with one specific ability — active listening.

Listening with the intent to take in the meaning of the message is a very different mindset from listening with the intent of a retort. By definition, the term implies hearing the message with your ears, but human communication is roughly 2/3 nonverbal. That can be much higher in combat. The battlefield is a place where, sadly, violence is a universal language. Whether it’s a firm “knuckle rub” or a muzzle poke to the sternum, physical actions are used to provoke a physical response. For Civil Affairs soldiers adept at cross-cultural communications, from time to time we place more emphasis on speaking without words.

Body language isn’t an exact science though. For example, while serving in the middle east, our teams internally came to discern an awkward facial expression accompanying pompously brazen lies. The basic intent was to publicly save face. It was the equivalent of American children crossing their fingers behind their back to tell a lie. We affectionately labeled it “the grin.” The moral is you can’t categorize every action as the component of a message, sometimes a cough is just a cough. A Google search for eye-motion associated with lying will certainly not make you a human lie detector.

Communication is a two-way street, and my own experience leads me to believe we should firmly push the envelope beyond observing and active listening. I’ll frame this new idea as — active communication. Similar to yoga, and other meditative practices, the idea lies grounded in a form of mindfulness, of gaining insight through awareness of your physical presence and demeanor.

Luckily, I’m not reaching blindly for a new fad or buzzword. The idea that posture, stances, and body language impacts the message sender and receiver is shared by some very smart people. In his book, Never Split the Difference, elite FBI negotiator Chris Voss spells out the obvious advantages and disadvantages related to controlling your physical responses. Gamblers call it a “tell” when your body language speaks to a negotiating counterpart on the other side of the table. We’re not all skilled in active listening, or insightful enough to identify what constitutes active communication, but from toddlers to terrorists both can change a conversation.

Lessons even more simple than those from Voss come from Amy Cuddy. Through various TED Talks, she’s shared that a powerful posture and stance can alter your mindset and provide soldier-like confidence. Just ask a soldier or Marine, and they’ll vouch for the attitudinal boost when standing at attention in a dress uniform. Cuddy provides a good starting point — the power pose. (or sometimes called the Superman pose) Stand chin up, chest out, hands on hips, and feet shoulder-width apart. Holding this pose for 2 minutes improves self-confidence.

Mastering Cuddy’s techniques alone won’t give you any supernatural powers. It won’t give you the show-stealing skills of the magical Steve Jobs, or the communication consistency wrapped in the cardigan-comforting style of Fred Rogers. When it comes to career transitions though, any lack of confidence or ability could easily be mitigated by practicing the power pose.

Then the concept of active communication is key to unlocking more. Leaping into lessons, Cuddy first, then Voss, may be the best stepping stones on the journey toward successful transition and iconic communication.

Army veteran, engineering enthusiast, aging athlete, founder of the Lift and Shift Foundation (new project weliftandshift.org/health), and... Dad (not in any particular order)

Facebook12Tweet2Pin1EmailShares15
wpDiscuz
Share this ArticleLike this article? Email it to a friend!
Email sent!