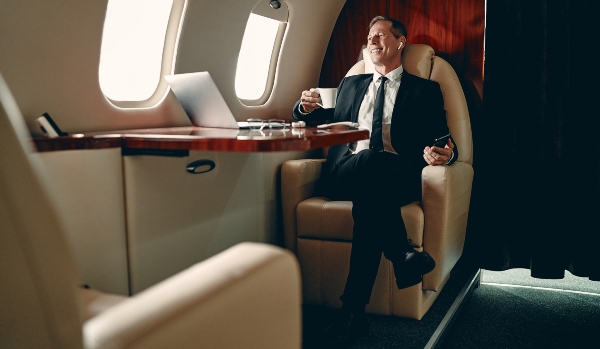 It’s not that the Post’s arguments against current proposals to tax the rich so obviously would favor Bezos. Editorial board members shouldn’t abstain from opining on an issue simply because Bezos may have a stake in the outcome. So, logically, if they’re acting objectively, they’ll take his side on occasion.

That said, if the editorial board’s opinion should line up with Bezos’ financial interest — in this case to the tune of literally billions in tax dollars — the board has an ethical obligation to base its conclusions on logic not the least bit flimsy or, worse yet, contrived. On that front, the board has failed miserably with its latest reflections on taxing wealth.

The Post editorial writers contend that the recent nosedive of Meta founder Mark Zuckerberg’s personal fortune — a 73 percent decline from its September 2021 peak — demonstrates the “folly” of current proposals to impose taxes on the ultra-rich based on their wealth or their unrealized gains. Under either of those approaches, Bezos would be coughing up billions in tax. Under the current system, as ProPublica has reported, he’s enjoying close to a free ride. But Zuckerberg’s losses, the Post editorial board believes, confirm the “wisdom” of this current system.

If an unrealized gain amounts to income that should be taxed, the Post logic goes, then an unrealized loss would be deductible. In Zuckerberg’s case, the deduction likely would “wipe out his entire income tax liability.” The editorial leaves that point dangling, as if the reader should obviously agree that the Post has uncovered a gaping flaw in current wealth tax proposals. Except that the Post has uncovered no such thing. The pending proposals to tax unrealized gains all take the potential for unrealized losses into account.

Why the Post editorial writers see this point as problematic remains a mystery. Business owners, after all, may recognize substantial losses after seeing large profits. And investors routinely recognize both gains and losses. Indeed, had Zuckerberg sold Meta shares at their peak and reinvested the proceeds poorly, resulting in substantial losses, he would have recognized gains followed by losses. The Post fails to explain why this result under current law rates as acceptable but the identical result under proposals to tax unrealized gains would not be.

Underlying the Post’s struggle with taxing unrealized gains: the arbitrariness of reporting income on an annual basis. Yes, that arbitrariness can lead to unnatural results. Income, for instance, can artificially bunch into one tax year, and that may increase a person’s tax liability under the progressive rate structure of the income tax. But this problem would not operate any more harshly on unrealized gains than it already does on realized gains. Indeed, placing unrealized gains on the same tax footing as realized gains would at least eliminate the tax-motivated holding of appreciated yet underproductive assets, one of the larger shortcomings of the annual income-tax-reporting structure.

The core Post argument seems to be that if Zuckerberg and other ultra-rich Meta shareholders faced a wealth tax and felt forced to sell shares to pay the tax, their sales could “feed a downward spiral” that could hurt middle class retirement accounts.

A valid point? Let’s consider the math. As of this past February, Zuckerberg owned just under 400 million shares of Meta. Suppose he had to sell 12 million of those shares to pay a 3 percent wealth tax and that he spread that sale over 50 trading days at 240,000 shares per day. Meta’s trading volume averages over 35 million shares per day, obviously more than enough to absorb the miniscule impact of tax-driven sales by a few large shareholders.

Whatever nominal downward pressure wealth-tax-driven sales by ultra-rich shareholders might exert on a stock’s trading price would be overcome — at least a hundred-fold — by share buybacks that push the value upwards. Meta, for example, repurchased over $14 billion of its own shares in the first half of this year. If anything, tax-driven sales of stock in publicly traded companies would be a good thing, helping to offset how share buybacks artificial inflate share prices.

Elon Musk’s sales of Tesla stock late last year offer a case in point. Musk sold over $11 billion worth of Tesla shares over a two-month period in 2021, in sales driven largely by tax considerations. If the Post logic had any merit, Tesla’s share value would have plummeted during that period. Tesla’s share price did fluctuate during those months, but the sales had no discernible impact one way or the other.

The Post’s editorial writers didn’t even take the time, it seems, to actually read the current proposals to tax the wealth of the rich before blasting away at the “fallacies” in the logic that drives the propoals. They describe Elizabeth Warren’s proposal to tax wealth in excess of $50 million at 2 percent per year, with an extra percentage point levied on wealth above the $1 billion mark, as “premised on the notion that unrealized capital gains do not exist just on paper, but are actually a form of income.”

That Post appraisal — not remotely correct — betrays a fundamental lack of understanding on the editorial board’s part. Senator Warren’s proposal calls for a wealth tax, not an income tax. The Warren tax would apply regardless of the level of unrealized capital gains associated with a person’s wealth. A person with $1 billion of cash would pay the same tax under Senator Warren’s proposal as a deep pocket sitting on $1 billion worth of founder’s stock for which its owner paid one dollar.

One final observation: If the Post editorial writers wind up having their way and none of the pending proposals to tax wealth or unrealized gains — whether from Warren or anyone else on Capitol Hill — become law, their boss Bezos stands to save tens of billions in tax.

Do any of the Post editorial board members find that the least bit troubling?

Bob Lord, an associate fellow at the Institute for Policy Studies, serves as a senior advisor on tax policy for Patriotic Millionaires.