Drama is exciting. It makes us feel busy, responsible and involved. It also helps us feel ourselves in a very concrete and emotional way. Our heart is pumping, we’re impassioned, and a sense of self-righteousness may overtake us. We feel like we’re responding in a powerful way.

It also looks like we’re concerned and ready to take on whatever the issue is. For all of the above reasons, we easily become addicted to drama. It makes us feel so productive and alive. Drama also causes us to secrete endorphins which are the pain-suppressing and pleasure-inducing, not much different than the effect of some drug addictions.

So we’re driven to find drama even when it doesn’t exists. We step into conflicts even when it isn’t our business and we feel guilty when we’re calm. We turn everything into a bigger deal than it is and we often find ourselves in the middle of a crisis.

Oh, a little tip. When you’re around a drama addict, don’t dare let yourself stay calm.  If you don’t respond dramatically to an event you will be accused as being self-absorbed, indifferent and not caring. This is a tactic that drama kings and queens use to draw you into the fray so you won’t remain standing on the side. Drama addicts find it very disturbing about seeing others not get caught up in the drama while they are in full swing. So the accusations start to fly.

How I Unexpectedly Got Involved In Drama

I can clearly remember a call I once received from a gentleman from the West Coast. He introduced himself as the relative of a girl whose Bat Mitzvah I would be officiating. I never encountered him before and had no context for what was coming next. “You’re not allowed to make the Bat Mitzvah service the way you’re planning on doing it.”

I was quite shocked to say the least. What made this even more confusing to me was that he wasn’t asking me anything. He made a statement, “You’re not allowed to.” I was also able to hear the emotion in his voice. He was making this call to set the world right, or at least to set me right. I should’ve thanked him for sharing this information with me and said goodbye but I didn’t.

Instead, I walked right into the drama. I asked him why which lead to a back and forth like a good ping pong volley and I can still feel the tension that built up inside me during that call. At the end I did find the wisdom to ask him if he called to let me know I’m not allowed to do what I planned to. He said yes and I thanked him for sharing that and hung up.

What Was My Lesson?

Drama is actually a distraction from reality. It’s one of the worst ways to deal with anything. It distracts us from the issue at hand and put the focus on us and our drama which, of course, we love. It’s part of the addiction, to feeling ourselves and feeling good. While it definitely does look like we’re concerned about the issue, the truly concerned find the most productive response to the issue at hand. They don’t spend time on what will give the appearance of them caring.

How You Can Address Drama Kings/Queens

I’d like to encourage you to gain the confidence to know this and act accordingly. When you first insist on standing outside of the fray you will probably get negative feedback. Sometimes the other person’s drama will escalate with the attempt of using higher levels of drama to pull you in. You need to make a long-term commitment not to get pulled in and the longer you stay at it the more you will be appreciated. This is because it not only serves you best, it helps the dramatic one minimize their drama. Drama is like a game of ping pong. Someone has to hit the ball back to you if you want to have a game. When you refuse to play, their drama gets diffused. As they see your commitment to this new way of life, their drama will begin to decrease.

Always take the longer, shorter way. If you only think about this situation, you’ll join the drama instead of dealing with the backlash if you don’t. When you think long term you acknowledge that it’ll be painful in the short term, but long term, your relationship will be so much more peaceful.

Changing yourself is the best way to influence change in others. The more you genuinely stand outside of drama, the more others will feel your strong position not to get drawn in and the less they will use drama with you. So there, because of what you did to yourself they will behave more appropriately. This is true with most behavior.

So be brave. Every time you see drama, remind yourself that your role is to ensure that you don’t get drawn in. Then ask yourself if there’s something productive you can do about the situation. If there is, do it. If there isn’t, remain calm. If you are criticized for not caring just smile and remind yourself that you’re walking the longer, shorter road. It isn’t easy but it ends up being much easier.

This article originally appeared on The Self Improvement Blog
—

Do you want to be part of creating a kinder, more inclusive society?
Join like-minded individuals in The Good Men Project Community.
Photo credit: Getty Images

Aryeh Weinstein is a recognized expert in the science of Jewish spirituality. He is the host and creator of the Beginning Within podcast and the Beginning Within Master Course.  As a Rabbi, teacher, and coach, he teaches the method of learning to live life from within and without having the people and circumstances around you define your emotional state. Connect with him on Facebook. 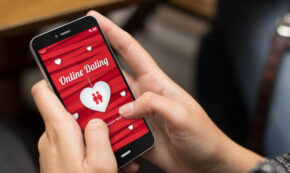 FacebookTweetPinEmailShares676
wpDiscuz
0
0
Would love your thoughts, please comment.x
()
x
| Reply
Share this ArticleLike this article? Email it to a friend!
Email sent!